RUSH: Obama’s approval rating numbers are down. Everybody in Obama’s team is floundering. The stories are out there — and I don’t like these the stories, by the way — the stories are out there about Obama being a one-termer and how this is all bad — (interruption) well, because it’s too soon for these stories. Too much can happen. It’s too soon to write the guy off. And if we get stories from the left about how they’re writing him off, then, you know, I don’t know what kind of reverberation effect that has on everybody else, but it’s too soon to write the guy off. We are 14 months away.

Victor Davis Hanson had a piece in which he postulates a possibility, and it is this: “Anatomy of Democrat Angst Over Obama.” This ran yesterday at National Review Online. Three questions for the Democrats to answer. “Strange indeed is the sudden Democratic furor at Barack Obama.” Strange indeed, and it is. Almost in unison everybody on the left has turned against the guy, right.

“On the domestic front, for example, we forget that Obama ‘went big’ on the stimulus, giving a number of speeches about the ‘historic’ size of his ‘investments’ and why we should 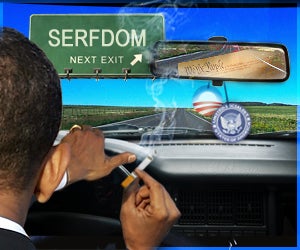 not worry about the timid naysayers. At the time, he was widely praised for his audacity. He also went big on Obamacare, despite worries from party centrists. Again, he was praised for forcing through such a radically new program. In other words, few Democrats have tried so eagerly to advance the liberal domestic agenda. His appointments, the politics at the Department of Justice and the EPA, and his use of executive fiat to circumvent bothersome laws bear that out. If Obama were enjoying a 60 percent approval rating and the economy were humming at 5 percent annual growth and 5 percent unemployment, the Democrats would be singing his praises despite his stumbles. The problem Obama poses to Democrats is not his policy but his popularity — in their ‘what-if’ minds, he is sinking because he did not do enough rather than far too much.”

“In other words, the furor comes not so much because he has embarrassed them on national security and seems increasingly detached from the job, but because that he nearly destroyed the congressional Democrats in 2010, often hovers below 40 percent in popularity, and has the potential to really do some big-time damage to the party in 2012. But again, why is that? Rather than suddenly blaming Obama, self-introspection seems in order.”

Here are the three questions. “One: Why and how did an obviously inexperienced senator, with no record of past achievement, soar past a gritty and hard-working Hillary Clinton, who, with her husband, would have brought years of political savvy and success to the presidency? Two: Why did Barack Obama for years embrace and then as president reject the liberal critique of the War on Terror? Is there some chance that he, and millions of his adherents, saw it as politically opportune to embrace it when running for president, but essential to national security to abandon it when invested with the responsibilities of the presidency?” It’s exactly what I said. When they’re out of power they’ll guarantee the loss of every military entanglement we get in, but when they’re in power they are not gonna saddle that defeat around their own necks. That’s what his base didn’t understand, and I tried to warn ’em. You think Obama’s gonna lose all these wars when he’s president? Do you think Hillary’s gonna lose? It ain’t gonna happen.

And number three: “Isn’t it possible that both the 2010 midterm disaster and the president’s current dismal polling are precisely because of his Keynesian policies, which delighted many at their inception but have since disappointed most after their enactment?” Again, as I, El Rushbo, pointed out, the left is faced with the failures of their own beliefs and policies, so they’re depressed and downhearted. “Blaming too much on not enough is an old logical fallacy.” So Victor Davis Hanson has a big question at the end of all this. I gotta take a break here. I’ll come back and I’ll tell you what the question is or the observation in terms of his reelection. If it were today he’d lose in a landslide, there’s no question, but it’s too soon to write him off 14 months from now.

RUSH: Okay, so here’s the point. I think Victor Davis Hanson is over-thinking this. When I first saw this, I thought that, but I’m gonna mention it to you anyway. “Were Obama to show the same flexibility on the economy as he has on the War on Terror he still might revitalize the economy a bit.” For example, if he would “junk the Keynesian model, radically revise and simplify the tax code, address entitlements, talk up employers, prune regulations, and compromise on spending cuts, he still might revitalize the economy a bit. It’s hard to destroy the greatest economy in history in three years,” Victor Davis Hanson writes, although I’d say Obama has done better at it than anybody would have thought. “Then, when his numbers improved, he would win Democratic adulation for his Clinton-like savvy.”

Now, let’s look at this. To think that Obama is gonna change this radically on his economic policies is a bit of a stretch. And you know of my profound respect for Victor Davis 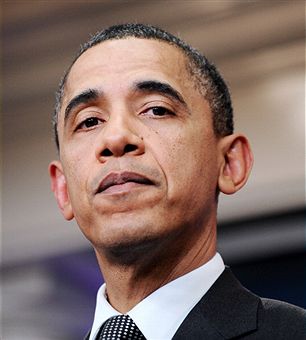 Hanson, we’ve interviewed him for the Limbaugh Letter and I’ve spoken to him a number of times. And while he didn’t close Gitmo, and while he expanded Afghanistan, and while he did go to war in Libya, and while we’re still in Iraq, that’s just the continuation of what was. That really wasn’t the repudiation of anything. But for Obama to pull similar moves on his own economic policies is something I can’t see. Obama’s not gonna junk his Keynesian approach. Obama’s not gonna junk this whole business of growing the economy by growing government spending. He’s not gonna lower taxes on producers and the wealth creators.

Now, Victor Davis Hanson is saying what if he does, though, what if he did do that? And what if it revived him? Victor Davis Hanson’s point is, then, his approval numbers would rise and even his Democrat opposition right now would revel and how he’s outfoxed us, the same way they reveled in how Clinton outfoxed us. Remember, I’ve said this I don’t know how many times, I think one of the big reasons for Clinton’s popularity was how he outfoxed Newt and how he outfoxed us, not what Clinton did, but that he defeated us. Remember, we are hated more than Al-Qaeda is hated by these people. This is Victor Davis Hanson’s point. If Obama can come up with a way to pull a rabbit out of his hat here and really outfox us and use our own ideas as his, and they work, that he can turn this all around and resume being adored and adulated by people who are now angry at him. I just don’t see him doing it. I can’t see him repudiating himself this way.

RUSH: I think this notion, it might even be a fear expressed by Victor Davis Hanson, that Obama could totally — what would be the word? — reject his own economic policy, is rooted in the fact that Obama is just your normal, everyday, run-of-the-mill Washington politician. And he’s not. He is a committed leftist who has a grievance against this country, and he is insistent on cutting this country down to size. He is a leftist. He would rather be left than president. For Obama at this stage, everybody says, “He’d do anything to get reelected, Rush, that’s all it’s about, maintaining power.” I think everybody would know it’s hocus-pocus.

Anyway, it’s not going to happen. And even if he did it, there’s so much doubt about Obama it wouldn’t cause this kind of up-swell in confidence that if, say, one of the Republican candidates were president and proposed the same kind of policies, nobody’s gonna believe Obama really means it, that after the election he’d throw it all away. But he’s not your average run-of-the-mill, everyday politician. Pure and simple. But anyway, this is what people are thinking, and it’s the result of the shock and the surprise that exists out there at how angry people on the left have become at Obama and how he can reverse that. But Obama’s not a triangulator. He is a movement liberal. He is a movement socialist. Pure and simple.