Get Government Out of the Way! 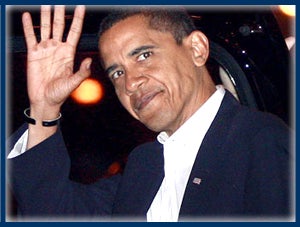 RUSH: Here we go. This is State-Controlled AP: “America’s sickly economy can be healed with jobs, jobs and more jobs. On that, everyone agrees. Figuring out how to produce them is what is stumping everyone,” says AP. “Other than letting time take its course, Washington lacks a clear answer on how to create permanent new jobs on a national scale. Forecasters suggest it will take 20 million new jobs over the next 10 years just to repair recession damage and to keep pace with adult population growth. … Lots of schemes have been tried or floated — first under Republican President George W. Bush and now under Democrat Obama. More than $2 trillion have been plowed into spending…”

Anyway, this thing goes on to say that quoting Douglas Holtz-Eakin, a former director of the Congressional Budget Office: “Neither side can make a definitive case that they really know what they’re doing.” So the newest spin is that either side has an answer here. Of course, this is patently absurd. “Other than letting time take its course, Washington lacks a clear answer on how to create permanent new jobs on a national scale”? How about stop trying? How about get… I’m gonna have to watch myself. I am on the brink here. I almost said the F-bomb. I know we’ve got a 40-second delay and I almost said it anyway, just to get it out of my system. “Just get the hell out of everybody’s way!” There’s a story in here. Another CEO has come out and basically said the same thing, a series of CEOs: “Just stop this! Washington, just get out of the way. Stop doing all of this.”

Here it is. It’s on CNBC. “President Obama’s highly-anticipated jobs package will be unveiled Thursday in front of Congress. Ahead of the economic speech, an NBC/Wall Street Journal poll,” we talked about that, the pollsters are very concerned. “John Schiller, chairman, CEO of Energy XXI, said, if the government would just get out of the way from a regulation standpoint and let us do what we do, you’ll see us continue to hire and grow the economy, and that’s a message from across the board. … John Faraci, CEO of International Paper, told CNBC to create jobs the economy needs demand. The economy is 70% consumer demand. We need consumers spending some of their discretionary income. We need less regulation, less taxation, we need the government to just get out of the way.'”

Everybody on the right has a good jobs plan!

RUSH: No, it really is frustrating, and I’m doing my best here. I’m actually working hard at having fun, and that’s not how it ought to be. “Neither side can make a definitive case that they really know what they’re doing,” said this former director of the CEO, Douglas Holtz-Eakin. That’s patently absurd! There’s history. There’s over 230 years of history in this country, the economic cycle. We know what’s happened when job growth has taken place. We know what caused it. Why are we blind to history? What in the world is so unique about now, other than for the first time we’ve got somebody actively trying to destroy the private sector job creation that has always defined this country’s greatness? Well, if we know that, then we also know what to do, and that is defeat this guy.

But this story gets even worse. Holtz-Eakin says — and I’m not going after him; don’t misunderstand. I’m going after the whole Washington mind-set, that if they can’t come up with something, then there is nothing to do, which represents the whole problem. The world does not revolve around Washington. This country does not revolve around Washington. Washington is nothing but a gigantic boulder in our highway to progress. I’m not saying this in a reactionary way. I’m not saying it even in an ideological way. This is pure, unadulterated fact! You simply cannot have this level of regulation on people who want to create jobs, who want to grow businesses. You just can’t have this kind of shackle around them and expect magic to happen.

You also cannot expect, after you’ve spent $800 billion ostensibly to create jobs — when none of it went to create jobs, it all went to Democrat union workers — for $300 billion more to create jobs magically! This is all insultingly absurd. “Holtz-Eakin said that while different theories abound, economists have yet to satisfactorily explain business cycles…” Who the hell are we talking about? Economists? Are these the ones that are always surprised at every bit of economic news every week, from the unemployment numbers to the economic growth rates? Who the hell are these economists? Who do they think they are? “Economists have yet to satisfactorily explain business cycles”? How many times have we heard Clintons and these other guys say, “The business cycle? We’ve defeated it. There aren’t any more”?

Wrong. We’re in the middle of a down cycle. We have them, all of them. We have recovery all the time except now. Why? The answers are clear. Holtz-Eakin: “It’s complicated by the fact that we don’t live in a textbook world and that, in fact, the government’s capacity to do stuff is not infinitely wide.” Government has nothing to do with it proactively. All government can do is destroy or redistribute wealth. It cannot, by definition, create it. “Obama favors a mix of new short-term deficit spending on tax breaks …” Well, right there we’re defeated. The idea the American people citizen keeping more of what he earns equals more government spending?

I don’t care, folks, whose idea that is. We are doomed to failure if that is the thinking, because it’s gonna lead to budget creation that’s going to be ineffective — and, furthermore, even more destructive. “Obama favors a mix of new short-term deficit spending on tax breaks and jobs programs, including ones for roads, bridges and other infrastructure…” How stupid do they think we are? What was the first $787 billion for, we were told, anyway. Roads, bridges, schools! How many times are they gonna go back to the same excuses or the same reasons, the same objectives? Do they think we don’t remember anything over three months? We’ve gotta somehow spend on “roads, bridges, and infrastructure to keep the economy from falling back into recession”? It never got out of recession! We’re at 1% growth, and that’s only happening in the government.

There’s no private sector growth — and when government growth accounts for economic growth, there is no growth that benefits people in the private sector, pure and simple. “The need for infrastructure jobs is one of the few areas where there’s anything approaching consensus. The concept has won the support not only of Obama, but such rival groups as the US Chamber of Commerce and the AFL-CIO. The differences come in how to pay for it.” (sigh) I could go on. Remember, the whole point of this story is that nobody has an answer anymore, neither side has answers. Neither side has answers. Why can’t you go back…? If you’re serious, if you’re in Washington and you’re serious about creating jobs, why can’t you go back and look at American history and find when we were in great periods of expansion, what was responsible for it and be honest about it?

Ah, we know the answer to that. That kind of growth is impossible when Democrats run the show. It’s just not possible, and they don’t want that kind of growth when they run the show because it would render them irrelevant, and everybody would see it. But all this is just insulting, flat-out insulting — and I, frankly, don’t blame the Republicans for not bothering to give a response to this sham of a speech tomorrow night, which isn’t even gonna contain the whole plan. The White House is admitting now that all they’re looking for is ratings. Jobs are crucial, yet it could wait for the end of Obama’s vacation?