RUSH: Sunday morning on ABC’s This Week, the host, Christiane Amanpour interviewed Senator Jim DeMint, South Carolina. And she said, “Talking about fiscal issues, President Obama’s going to be making a big speech towards a joint session of Congress this week. Do you expect him to make any proposals that will win Republican support?”

DEMINT: I’m, frankly, very tired of speeches. I don’t want to be disrespectful to the president, but what I want to see is something in writing and that the Congressional Budget 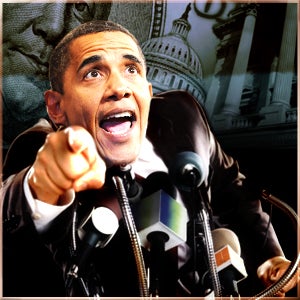 Office tells us what it’s gonna cost so that we can not only read it ourselves but the American people can read it. I’m pretty frustrated with the speech idea. If he’ll send a written proposal, I’ll give it every chance. But I’m not interested in his speech right now, and as the Congressional Budget Office said, we can’t score a speech, we can’t tell him what it’s gonna cost or what it’s gonna do.

RUSH: As Senator DeMint knows, this is not intended to be a jobs program anyway. It’s nothing more than a speech, and it’s not intended to be scored. It’s just gonna be an attack on the Republicans as obstructionists. You can’t score a speech is precisely the point. There’s nothing Obama can be held accountable to here in a speech. Platitudinous ideas, present all these grandiose plans with no specifics, then Republicans object to it and he’s got his campaign. It’s exactly what’s going on here. DeMint knows it. The Republicans know it. Here’s Paul Krugman. He was also on the roundtable This Week. He’s the ferret-like columnist of the New York Times. And he was asked by Christiane Amanpour, “The president has a major task this week. You got unemployment still at 9.1% and job growth last month was zero.”

KRUGMAN: What we should be doing is a huge public investment program. No better time to do it. Government can borrow money almost for free, lots of unemployed workers. What can actually pass Congress? And the answer is nothing. Nothing. If Obama were to call for endorsing motherhood, the Republicans in the House would oppose it. He probably shouldn’t be calling for what I would want, because the public should want what I want, but it doesn’t. So he probably should be calling for things like a limited, but significant program of infrastructure repair, things that we really need, plus things that — like a large payroll tax cut.

RUSH: (laughing) Probably should be calling for what I would want, because the public should want what I want, but it doesn’t. Ha! Paul Krugman, New York Times columnist.

RUSH: Here’s is J.R., Providence, Rhode Island, J.R., great to have you on the program. Welcome.

RUSH: Thank you. I have been there, sir, many, many times.

CALLER: Thank you. The question I have is — and I gotta give just a hair background. My business is selling and marketing to the very small businesses and medium sized 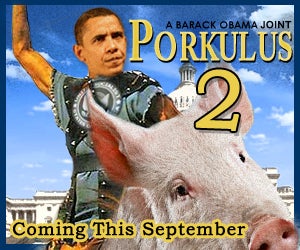 businesses that everyone is looking to for job creation. I visit a lot of them every week. What I’ve seen over the past two and a half, three years, is a general ambivalence about Obama. Business owners are busy running their business, they tend to be mostly apolitical, but then they saw the Porkulus bill, they saw the demonization of various business industries, they saw Obamacare, you know, just absolutely being rushed through. What I see in their eyes now is absolute fear. They have no faith in this guy, they think he’s against them. You know, the only way they will start hiring again and spending again is when Obama’s gone.

CALLER: And my question to you is, isn’t that the message that, you know, conservatives, Republicans should be pushing along, that you’re not gonna get over this until you get rid of him.

RUSH: I think they are. I think that’s why they’re running against him is to get rid of him.

CALLER: I don’t see polls about the business community and their thinking, small business owners. I haven’t seen a single political poll, a true scientific one, seeing where they stand on things because that would cement home the message.

RUSH: There probably are those polls, the results just don’t fit the template so they’re not gonna be reported. But you’re right, these people are clearly aware. I mean small businesses in Obama’s world are the millionaires and billionaires that he wants to punish. When he talks about millionaires and billionaires that’s who he’s talking about, folks, is small business owners. And don’t forget now, we had the story last week the number of millionaires is vanishing, down 39%. Now, let’s say you’re cheering that, are you better off? Some millionaire’s no longer a millionaire, did you get the money the millionaire lost? The same thing for people who make $10 million a year or more, they’re way down, too, in the last three years. Did you get the money those people lost? Is somehow your life better off because they lost a lot of money? You not. You’re not actively better off. If you’re feeling better, more power to you, but your life’s no better. But that’s what the Democrats want. The Democrats want you to really be happy that other people are getting shafted.

RUSH: Keith in Cookeville, Tennessee, great to have you on the EIB Network. Hello.

CALLER: Thank you for taking my call. I’m a first-time caller, and my question is, is why should the Republicans go and sit in front of the president and show him the respect his office deserves when he won’t show them the respect their office deserves and repudiate and rebuke Hoffa for his comment?

RUSH: You mean at the joint session speech on Thursday night?

CALLER: I think there’s like 85 other people who are Tea Party Republicans who have been insulted and degraded by those comments.

RUSH: It was an insult. You know, it was a constitutional insult, too. The way these things normally happen, the White House consults with the Speaker of the House, they come up with a mutually agreed to date for the president to come up and do a joint session. Obama just chose this date and they claim it was pure coincidence it happened to be the night of a Republican debate, said Jay Carney. Oh. Speaking of which, I heard today, and I think this is true, I heard that Jay Carney’s White House briefings have been moved to three o’clock. (laughing) I think I was told that.

You know, Republicans will be lucky if Obama doesn’t call them names during this speech. The whole purpose of this speech is for Obama to ream the Republicans as 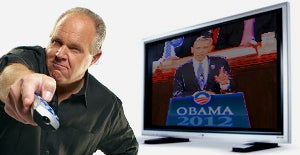 obstructionist. I haven’t bothered you with them but I’ve got Obama sound bites from the Hoffa thing yesterday and he was on a roll, boy, he was out there ripping into Republicans left and right and how they’re obstructionists and we’re gonna find out who’s in this for who, we’re gonna find out what Republicans are willing to work with me on putting Americans back to work and all that.

I think he probably will call ’em names or insult them somehow, or maybe not insult them, but he’ll provoke ’em, and it’s all going to backfire. It’s not just Jim DeMint, the American people are tired of Obama speeches. Speeches don’t accomplish anything. The Greek columns, the full stadiums, those days, the halcyon days, the Grant Park on the night of the election, those days are gone. Obama doesn’t have that mesmerizing, messianic control over people anymore. People are tired of the monotone, the Teleprompter reading. All this stuff is counterproductive.

I don’t know about you, folks, but I’m starting to get Obama burn-in on my flat screen. He’s on so damn much that there’s this image of Obama on the screen all the time. It’s starting to tick me off.