Forehead: Data is Bad for Bamster

RUSH: This is The Forehead on CNN, Anderson Cooper 94 — you know, I am stunned. I just have to share this. I’m stunned Anderson Cooper has time to go to CNN. I read the New York Post every morning, Page Six, and I read the New York Daily News, and in both those papers every day Anderson Cooper is at that health club or that spa. He’s at that restaurant or that movie opening or he’s at this bar or whatever. This guy spends more time outside of CNN than he does there. How does he have time to host Anderson Cooper 94? (interruption) Well, I don’t know about show prep, what’s show prep? Show prep is getting an advance copy of what’s on the teleprompter. If you do TV news, isn’t that show prep? They show you what’s on the prompter, and maybe you look at a couple of videos and they tell you what reporter in the field is going to be talking to you when. And then some producer writes the questions that you ask the reporter. And the reporter’s answers are on the teleprompter, and then your response to the reporter is on the teleprompter. 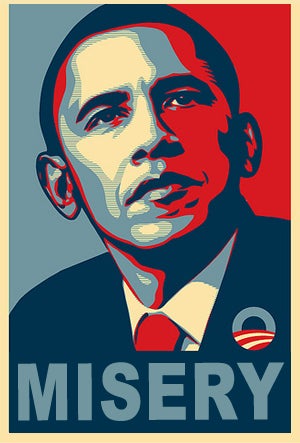 I’ve always been amazed. They’ve got the anchor and reporter and they’re doing a story. The reporter’s out there in the field, the reporter finishes and the anchor says, “Well, reporter, what about X and Y?” And the reporter says, “That’s an excellent question.” Well, if it’s an excellent question, why didn’t you include it in your report? And the reason it’s not included in the report is so that the anchor can be made to look like he knows what’s going on, pure and simple. You can see it on the face of these reporters, sometimes the anchors go off script and ask something so weird the reporter’s holding the microphone, “Well, I think I just said blah, blah, blah.” It’s so formulaic.

BEGALA: The iron law of incumbents is the only way to run is to run scared, but this president has to run really scared. The data is very bad.

RUSH: I’m telling you, very bad. The internals are not good. And then The Forehead didn’t wait for the next question from the anchor. He just kept going.

BEGALA: The president has a path to victory here. But I think it’s the path he’s on frankly. IÂ’ve been thrilled with him these last three weeks. In our research, independent voters, swing voters in a swing state who we talked to, they want him to fight. This is not the liberal base. Independents want him to fight if he’s fighting for the middle class. That’s what those independents want. A fighter and somebody whoÂ’s fighting for the middle class.