Pins and Needles Over New iPhone 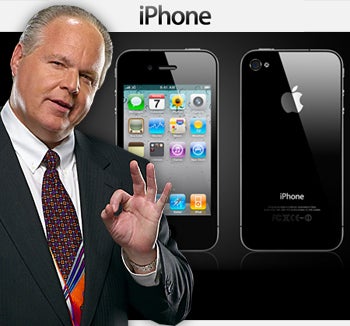 I’m excited. Yeah. Yeah, yeah, yeah, yeah. I know. I hate to admit this. This is like Christmas Eve. I have been going nuts trying to figure out what Apple is gonna announce tomorrow. I do not know what they’re gonna do. This is the most amazing — (interruption) there is no inside stuff. Let me tell you this. Apple has got an announcement tomorrow, but nobody knows what. It just says, “Let’s talk iPhone,” ten o’clock tomorrow morning Pacific Time, let’s talk iPhone. Two weeks ago, folks, this is amazing, two weeks ago and three weeks ago and two months ago and six months Apple as of today has not said a word about a new iPhone. There has been no official nothing from Apple about a new iPhone. What there are are a bunch of blogs and rumors.

Gore is a member of the Apple board of directors and he did allude to the fact that a couple of iPhones are coming in October, but Gore is not Apple, he’s just on the board. Apple hasn’t said a word. Two weeks ago in a 30-minute stretch of time there were a couple of rumors about a new iPhone and what it was going to do. Apple stock went up, their total aggregate market cap went up $50 billion on rumors on Internet blogs. Apple had not said a word. Apple still hasn’t said a word. Now, the latest beta of iTunes is out, and some of the wizards of smart have gone through it and they have found references to an iPhone 4S. “Okay, well, what’s that?” Nobody knows. It’s been 16 months since they’ve had an iPhone, and tomorrow at ten o’clock Pacific Time they’re gonna announce it.

I’m like everybody else, I am caught up in this. I can’t wait. I myself have spent time trying to figure out what it is, but there’s no way of knowing. My gut is to tell me they’ve got problems and it’s not gonna be anything super-duper special but on the other side of that there is, not evidence, but there are some compelling indications that they’re going to revolutionize the whole smart phone industry tomorrow, basically with voice to text, artificial intelligence. But nobody knows. Supposedly they are manufacturing — Snerdley, look at me — supposedly they are manufacturing 150,000 iPhones a day, and nobody throughout the vendor supply chain will actually admit anything. I don’t know how they get everybody to clam up. The phone will talk back to you is what I mean by artificial intelligence.

Supposedly one of the things that it’s gonna have is voice to text dictation, you can say iPhone, send text to Snerdley “I’ll be a little late this morning,” and the phone just does it, just does it. And then talks back and tells you that it did it. As long as the name Snerdley’s in your address book, if you say text, it’ll fire up the SMS app and it will send a text. If you say iPhone, e-mail Snerdley whatever, it translates what you’re saying to text in an e-mail, you hit send and it sends it, you don’t ever have to type anything. You’re never gonna have to connect an iPhone or an iPad to your computer ever again for any reason. Everything’s gonna be wireless. Some of that’s been announced. The software stuff, that’s been announced. Not the voice stuff, the artificial intelligence, that’s coming someday but nobody knows if it’s tomorrow. But that’s where everybody’s on pins and needles.

I got Fran Tarkenton here who has a piece, “What if the NFL Played by Teachers’ Rules?” Fran Tarkenton, former quarterback, Minnesota Vikings. And this is really a great piece, and of course it allows me the opportunity to irritate you stick-to-the-issues people because here in ten minutes I’m talking about the iPhone and football. So I gotta take a break. Plus this school story about how you can end up in jail and a felon if you take your kid out of the school where you live and send him to a better school nearby. All that coming up plus your phone calls. (interruption) Well, don’t tell me that the iPhone 4S is showing up in various, like at Verizon and Radio Shack, in their inventory. It says iPhone 5, but it’s just a place holder.

There isn’t an iPhone 5 yet! Nobody knows. So just because Radio Shack or Vodafone or whoever… Yeah, I’ll tell you how bad it is. Over the weekend there was this tiny little service provider in Cincinnati that’s not affiliated with AT&T or any of the other providers that Apple deals with that had for the briefest of moments ’til they pulled it off their website on their website where you buy service or buy phones the iPhone 5 with the bigger screen, 4G speeds, what the price is gonna be. Somebody saw it, took a screen shot of it, sent it to a couple Apple blogs and that hit the whole Apple universe all over the world and then that place Cincinnati pulled it. But nobody knows if it was faked. It couldn’t be a dummy Photoshop, totally have been faked. So, yeah, you can find in Verizon and other places in their inventory list iPhone 4S, 32 gig, but Apple hasn’t said there’s a 4S. Well, maybe they have, because in the latest iTunes beta, people who have stripped away the code have found reference to an iPhone 4S. But that could be a place holder. ‘Cause it’s a beta. The point is nobody knows, and yet Apple stock, their market cap just balloons up on rumors. It never balloons down. That’s fascinating to me.
BREAK TRANSCRIPT
RUSH: Snerdley is asking me about iOS 5, which is the new software operating system for the iPhone and iPad. What’s gonna happen is every time you plug your iPhone or iPad into an electrical outlet to charge it, it will automatically sync wirelessly over Wi-Fi with iTunes on your computer that your device is mated to. So any apps or songs of whatever that you have bought on either device will show up on the other device. So if you’ve got a bunch of… Here’s another thing: iCloud. This is cool. It’s called Photostream. You take a picture on your iPhone and within five seconds it’s on your computer in iPhoto and on your iPad and vice-versa.

So they’re adding pictures to the way contacts, e-mail addresses and things like that sync. But there are software upgrades so that you’ll never have to connect the iPad or iPhone to your computer ever again, as long as on a Wi-Fi network. And you can also sync it manually. In the general preferences there’s a pane where you sync manually, and don’t have to wait to plug it in if you don’t want to. But it does it automatically every time you plug it in and charge it. That’s been out in beta. This iCloud’s gonna be big, too. Nobody’s talking about that much, but that’s gonna be as big as the phone.