Don’t Hold Out Hope for Palin

CALLER: Hi, Rush. You know, it’s extremely odd, as a longtime listener to your show, that you, so far, have said absolutely nothing about Sarah Palin’s announcement not to run last week. I mean, the fact that you’ve said nothing is very, very curious.

RUSH: Really? You know, I…? (snorts) What does it tell you? What are you thinking about that?

CALLER: Well, I could only speculate that maybe there’s something going on behind the scenes with Palin or maybe out to muddy the waters but — 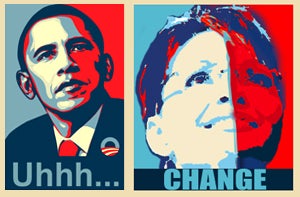 CALLER: — what you said today led me to believe that if Romney was anointed very early, then there would be a lot of movement to get Palin in there — whether, you know, it’s a draft movement or there’d be time to get her in to counteract Romney. But maybe like you said this morning, that the Democrats are trying to keep the Romney battle going for a while by releasing the Romneycare, Obamacare connection, and by having Herman Cain so it look like there’s a battle going on so Palin won’t be able to enter. She’d only be able to enter if it was clear Romney was the only choice.

RUSH: Well, I don’t know about that. If I haven’t mentioned it (and I have to trust you), it’s clearly an oversight. I just wasn’t surprised that she wasn’t gonna run. When I heard that she had made the announcement on my buddy’s radio show, on Levin’s show, it didn’t surprise me at all. I never thought she was gonna run.

RUSH: No. It just wasn’t the profile. I always thought that she was setting herself up to do something entirely different. I think I was right.

CALLER: Well, do you think that there was a Draft Palin movement for the brokered convention or some other means she would come back in?

RUSH: No idea. I’ve spoken to her twice, both times when I interviewed her here — I think on the air once and for the Limbaugh Letter — about her books.

RUSH: I don’t think so, though.

CALLER: From what I’ve seen, there’s such a dissatisfaction with Romney by conservatives, you’re gonna have another replay of the McCain people staying home unenthusiastic regardless of what you say, and it —

RUSH: Ha! Okay, now we throw a third monkey wrench into it. Okay, so here we go: “You pick it. The only way we can win this is if you pick a candidate.”

RUSH: No, no, no, no. I’m not criticizing you. The other person says, “Stop criticizing Mitt Romney!” Then you come along and say, “No matter what you do you can’t change voter turnout or enthusiasm.” So I’m hearing the gamut today.

CALLER: Well, you know, the Eisenhower election, Eisenhower was drafted by other people. So maybe we can have a replay of Palin can come in like Eisenhower if there’s no clear majority at the Republican convention because we’re gonna need Palin. There’s nobody else out there.

RUSH: Well, look, I wouldn’t hold out hope for that because she never put together any kind of an organization.

CALLER: She has a different kind of organization. In the age of the Internet, she has thousands, tens of thousands of unpaid workers — unorganized — that will go out there and fight for her. She’s different. It’s a different organization. To say that she doesn’t have an organization is like apples and oranges. It doesn’t apply to her.

RUSH: Well, you may have a point about that. I have a friend who’s just crushed, just crushed. He believed, a friend of mine in Hawaii, that the only chance this country had was if Palin ran.

CALLER: She’s the anti-Obama! She’s the clearest difference from Obama.

RUSH: I don’t disagree. Look, I don’t disagree with you about that — and I can’t tell you how frustrated I got and still get when I travel around. I have friends scattered all over the country and I’ve got quite a few of them, particularly the wives, who just hate her. They just hate her! It is beyond rational. It’s beyond rational. There’s no way I can talk to ’em about it. That’s incidental to the story.

CALLER: I’m hoping there’s something going on behind the scenes, some kind of strategy that others get her to come back in. That’s what I’m hoping. 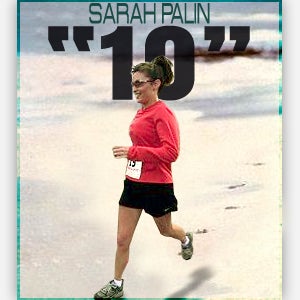 RUSH: Well, I wouldn’t hold out hope for that. She made a pretty public splash that “I’m not running.”

CALLER: Well I know I’m speaking for a lot of people that have signed petitions and that are out there pushing for her that really want her, that need her to come back in.

RUSH: See, I think she’s probably right. She doesn’t need a title to be effective, just like I don’t.

CALLER: She does. That’s not true — and, you know, the reason she gave for not running, her family? I guess on Mark Levin she said that it was her family —

CALLER: — and then later on Greta Van Susteren she says, “Well, ’cause she wants to spend time helping Congress.” I can’t believe those are real reasons, because those reasons —

RUSH: Well, then what do you think it is?

CALLER: — have existed a long time before.

RUSH: What do you think is the real reason?

CALLER: I think it was two things. Something happened in the 11th hour that the Republicans just made it clear that there’s no way she’s gonna get in through conventional means, and she said a number of times —

RUSH: Ah, that would have fired her up.

CALLER: Well, but she can’t get in through conventional means she’s gotta go in through the side door, some other way.

RUSH: Well, that’s what you want her to do.

CALLER: Well, I want her to be receptive to a Draft Palin movement.

RUSH: Well, you can hope for anything.

CALLER: I know a lot of people would.

CALLER: And maybe that’s what she’s waiting for.

RUSH: You don’t like the fact that she’s pulled out. Is there somebody in second place?

CALLER: Well, obviously Cain would be the only other one but like you said: Cain doesn’t have the money.

CALLER: Cain is fine but he doesn’t have the money.

RUSH: You’re awfully puzzling because you are calling here — you need to be told this, Steve.

RUSH: You are calling here, you are openly questioning Sarah Palin’s judgment —

RUSH: — and yet you want her to be president.

CALLER: I would want to carefully review her words. What she said was she’s not running for the GOP nomination “at this time.”

CALLER: So maybe if other people push her to go in or at some later time, or even —

RUSH: There’s no shortage of people that were begging her to run.