RUSH: Todd in Fort Myers, Florida, great to have you on the EIB Network. Your turn, sir, hello.

CALLER: Yes, sir. Thank you very much for taking my call. My question is with all the gas taxes we pay nationwide, why do we need stimulus?

RUSH: For roads and bridges and so forth? 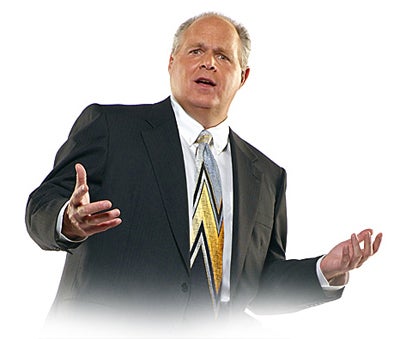 RUSH: Cause it’s been spent on other stuff. And, by the way, folks, I hate to tell you, but I don’t know about you, but where I live it seems like every damn road is under repair. The idea that roads aren’t being repaired is absolute BS. I have to take four detours inside of ten miles to get to work every day. They’ve got streets uprooted, they’re doing something with pipes, I don’t know what the hell they’re doing. Interstates, surface streets, doesn’t matter. The idea that road repair isn’t going on is another misnomer. How many five-year projects that have turned into ten-year projects to add three or four lanes to an interstate ten-mile stretch are there going on?

I moved here in 1997. At the time they were winding I-95. It is 2011 and they are still doing it. What is this infrastructure crap? We’re not building roads? Of course we are! That’s another thing that grates me. Obama stands up there, “Roads and bridges and schoolhouses dilapidating.” Where? Where is all this dilapidation taking place? If there is any dilapidation taking place, it’s in the inner cities, and it’s in cities run by Democrats for generations. Do I need to name names? Detroit, I hate to pick on ’em, Flint, Michigan, New Orleans. You go wherever Democrats have run the show for generations and you are gonna find big-time deterioration almost without exception.