RUSH: Here’s Jim in College Station, Texas. Welcome. Great to have you here.

CALLER: Here’s my point. I followed Herman since I first heard him on your show, really excited about his candidacy, now not so sure, and here’s why.

CALLER: Even if he’s done nothing and all these allegations prove to be false — 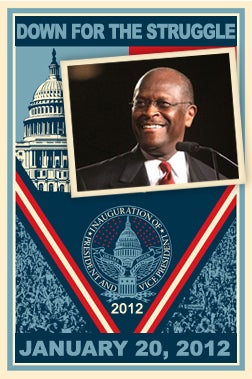 CALLER: — he has shown really poor judgment. If you’re a man who espouses Christian values, especially if you’re a married man, biblical values, you don’t allow yourself, Rush, to be in positions where you’re alone with women, you don’t —

CALLER: — pick them up at the airport; you don’t take them to their hotel rooms; you certainly don’t have dinner with them solo. And that’s what’s disappointing to me is it really shows, at best, lack of judgment on his part, or naivete or both, or worse, he’s looking for, you know, entertainment. I hope that’s not the case ’cause I really like Mr. Cain.

CALLER: I have to support Newt because he really shows poor judgment on his part to be alone with women.

RUSH: He’s got a presser at five o’clock eastern this afternoon. He’ll be in Phoenix and maybe he’ll have answers that are sufficient for you.

RUSH: I just need to know something.

RUSH: In your view as a Christian, is it wrong for a woman to be in a room with a man by herself? Not a bedroom, not a hotel, just in a room.

CALLER: Well, the word “wrong” is I think a poor choice of words. No. That’s not a moral issue just to be in a room. But I was a former executive director of a Christian nonprofit. Guess what, all my staff were females, there were 30-something volunteers, almost all females. I travel quite a bit speaking and I just felt it was important to build safeguards into my life, being married at the time —

CALLER: — where I was not alone in my office, didn’t counsel any women by myself —

RUSH: — let me ask you a question.

RUSH: Jim! Trying to come on the phone system here. Jim, let me ask you a question about this, seriously. There’s no wrong answer here. I’m not trying to put you on the spot.

RUSH: Have you always been that way, or is that philosophy of yours recent, say in the last 15 years?

CALLER: I would think it would fall within the last 15 years. I got married, I was married for 18 years.

RUSH: Yeah. No, what I’m getting at here is I’m wondering how much societal pressure has inadvertently flexed its muscles on you, as opposed to how you might have behaved before all of this feminazi-ism hit the trail and said what’s proper and what isn’t proper and all that. Men and women have been on the earth for a long time and they’ve been in rooms together for a long, long, long time, and only in the last 15 or 20 years has that automatically been wrong, without regard for anything that might or might not happen, it’s just not right. Anyway, Jim, I’m glad you called.

RUSH: Herman Cain headed the RESTAURANT Association. Restaurant — you know where you go and order food at a table? So Herman Cain who heads the RESTAURANT Association shouldn’t have adult beverages or dinner with a woman or women because he puts himself in an awkward position? I don’t think I could pass muster. You’ve got women all over male locker rooms in the world of sport. You now have women trainers at the high school and college level under the guise of majoring in training or sports injury-itis or whatever, but they’re in the locker rooms. They’re teenaged girls and they’re running around in the locker rooms. How about a female CEO or manager having drinks with a man or men? Hmm?

I don’t know. Pick your CEO. Name of a female CEO, what comes to mind? Does one? Carly Fiorina, Meg Whitman. Think they ever had drinks with men, board of directors, what have you? While the husband’s at home doing whatever the husband does at home while the female CEO is CEOing. (interruption) Well, no. These are just the questions I have here, double standard. By the way, ladies and gentlemen, we’re going back here to September 13th, 1998. New York Daily News, Helen Kennedy, New York Daily News staff writer. “President Clinton is revealed in the Starr report as a sexual glutton who rashly put the fate of his presidency in the hands of a 22-year-old star-struck intern with an admitted tendency to babble.

“But he also comes across as a man struggling to avoid temptation, and lavishing his young lover with attention and gifts,” and in the story… I’ve got short time here; let me just cut to the chase. The pull-quote of the story. They want a strategy, and all agree Clinton was the best. “With Lewinsky, Clinton [said] he would never have approached White House job applicant Kathleen Willey because she had small breasts.” So Herman Cain, you could refute this! The media wants a great strategy from you? Just employ what Clinton did! At your press conference, say, “I never approached this Bialek, or Bialek, whatever! Her breasts are too big! I don’t like big-breasted women. I would have never done this,” and the press will exonerate you just as they did Clinton.