CALLER: Hey, Rush, it’s an honor to talk to you.

CALLER: I just wanted to testify that that college graduate last week that you talked to might not have heard anything you had to say about the 1%, but I definitely did — and it was so inspiring. Because, you know, as a student who wants to work hard and make her way in the world, I don’t know what’s gonna happen, but everything you said about how no one can decide who’s going to succeed and who’s not and only we can decide that; it was so inspiring and I just can’t thank you enough for that. 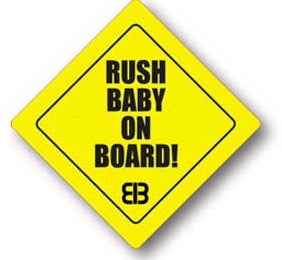 RUSH: Well, that is great. I appreciate that. I really do. I remember this guy. I forget his name, but he was being provocative — contentious — with no reason.

RUSH: But he wasn’t listening. I could tell talking, he was not hearing a single thing. It’s not why he called. But he provided a great opportunity because I was hoping that there would be people like you that would hear what I was saying and that it would make sense.

RUSH: So you’ve made my day here. You really have.

RUSH: As more and more people, I don’t know about your age, your generation a little bit, but that guy is in his late twenties, more and more people like him and Occupy Wall Street who decide to just tune out, there’s more opportunity for you. Less competition. The only problem is they’re gonna be expecting to feed off of you as you succeed.

CALLER: I’ve always loved the arts, but I’m thinking that I might major in business.

RUSH: Wait a minute. You “skipped” a grade or were you “promoted” through a grade?

CALLER: (giggles) You could say “promoted.”

RUSH: I was gonna say, you didn’t quit for a year and then go back.

RUSH: Some people just sound intelligent. If you hadn’t said that you were 16, I’d have a tough time believing it just the way you articulate.

RUSH: You’re more than welcome, just the way you speak. Well, good. I’m honored that you’re in the audience, Karina, I’m glad you called. Thank you very much, I appreciate it.

RUSH: Have a good day and a good week, and everything else.

Again, Herman Cain’s press conference, folks, this afternoon at five o’clock. Joshua was that guy’s name last week! Joshua. He’s the guy that was just mouthing all of this stuff straight out of Occupy Wall Street, the 1%-ers. His point was that it made no sense for him to get a job because there wasn’t any money, that the top 1% had it all, and they weren’t spending it (or “giving” it, is what he meant, to anybody) and weren’t letting anybody else have it, so there wasn’t any money; they have it all — and he was in his twenties. So he’s been taught this stuff, and believes it. Either that or he was just calling, as I say, to be contentious with basically no reason. But, see? For every one of those Joshuas out there, there’s a whole lot more Karinas who just called us from Slidell, Louisiana. (interruption) Well, we may have gotten through to Joshua. I don’t know. Even if I did, the kid was so obstinate he would never admit it. That’s why I have evolved the theories I have on persuasion. Even when you persuade people most people have so much pride they’re never gonna admit that you did it. They’re always gonna want to claim they came to a conclusion themselves, which is fine. However it happens.