RUSH: Carrie Fisher, speaking of sexual harassment charges, or rather the lack of them in this case. There’s an amusing anecdote out there, Carrie Fisher’s latest autobiography. She’s the daughter, by the way, of the movie star Debbie Reynolds. I met Debbie Reynolds once at a House Clinic event. She was the entertainer. She’s hilarious. I had forgotten. She is a hilarious comedienne, Debbie Reynolds. That’s Carrie Fisher’s mom, and Carrie Fisher played Princess Leia in the first Star Wars flick. That was before calling someone princess was sexist. 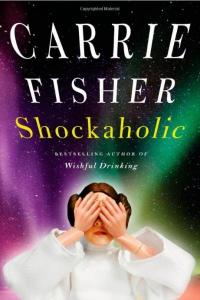 Do you believe Cain had to apologize for calling Pelosi “Princess Nancy “? And you know who got on him for it? Dana Perino. Dana Perino said, “Tsk-tsk-tsk. Ms. Pelosi, you can disagree with her policy or whatever, but she earned that title.” So Cain apologizes for calling Pelosi “Princess Nancy.” You can’t call anybody princess today, but back then you could call Carrie Fisher “Princess Leia.” It was the name of her character in the Star Wars movie. Now, in her latest book, “Carrie Fisher mentions an amusing exchange that she had with “the lion of the Senate,” Ted Kennedy” and his buddy Chris Dodd. This is back in 1985. This is the same year that Kennedy and Chris Dodd went through a restaurant in Washington called La Brasserie and invented (in the modern era, anyway) what’s known as the waitress sandwich.

The waitress sandwich is either Dodd or Kennedy on the bottom, the waitress in the middle (either on her stomach or on her back) and then either Dodd or Kennedy on the top and ergo you’ve got the waitress sandwich. (It’s actually a wrap because when you roll it 90 degrees then it changes everybody’s angles and more thrills and fun. This was the same year that they invented that procedure. So Carrie Fisher in the book says that while having dinner with these two, “suddenly Senator Kennedy seated directly across from me,” she writes “looked at me with his alert aristocratic eyes.” That’s the first time I have ever considered Senator Kennedy’s eyes described as anything other than “glassy.” Aristocratic? Anyway, I’m not an attractive woman, so I wouldn’t know how Senator Kennedy’s eyes appear to a one, but apparently they were “aristocratic” to Carrie Fisher.

Anyway, she goes on. She says that he said was clearly amused. “‘Do you think you’ll be having sex with Chris here at the end of your date?’ and to my left, Chris Dodd looked at me with an unusual grin hanging on his very flushed face, and she writes that she said, ‘Funily enough, I won’t be having sex with Chris tonight. That probably won’t happen, but thanks for asking, though.'” It’s not over there. “Senator Kennedy, persistent, says, ‘Would you have sex with Chris in a hot tub?'” She says that Senator Kennedy “asked her that perhaps as a way to say good night.” She then said, “No, I’m no good in water.” Ted Kennedy could have said, “Neither am I, and neither was Mary Jo!” This is incredible. So she says to him, “No, I’m no good in water.” Kennedy names his dog “Splash.”

Now, how come Carrie Fisher didn’t file a sexual harassment claim? Does this not sound like far more risque behavior than anything that’s been alleged against Herman Cain? Seriously, now. Isn’t this more boorish? Isn’t this more obtrusive, intrusive, disrespectful, what have you, than anything Herman Cain’s been alleged to have done? She could file a sexual harassment claim now ’cause Chris Dodd’s still around out there. He’s alive and kicking. Meanwhile, our moral guardians in the news media are all chuckling at what an amusing story this is, in the midst of trying to run Herman Cain out of town for something nobody can say happened.