RUSH: The economic news is continually bad. Some of it’s disheartening. (interruption) Well, I’m gonna get to… (interruption) Okay, Snerdley is saying, “How are we saving Europe?” Europe has kicked their problem down the road for in other ten days. Here’s what you really need to know, if anything, about Europe. Can you believe that Poland has asked Germany to use its power to bail them out? In our lifetimes, would you ever believe that that could happen? Number two. The International Monetary Fund is not meant to be used as it is being used here. Without going into great detail, the International Monetary Fund is not to prop up countries. It’s a temporary infusion to help, at best currencies, but it’s not meant as it’s being used now. The latest plan for the IMF — which is us, and we don’t have the money, either. 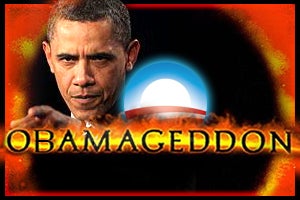 Nobody has any money. None of this is real. In the meantime, in Great Britain… Folks, there are so many little stories out there today that, alone, they don’t say a whole lot. But after a passage of time if you look at any one of them, they foretold a massive event to come. There are two of them, actually. This business with the British embassy in Iran being attacked and shut down is tiny little story, but it’s not gonna end well. This is one of these things just like the 1979 hostage crisis for the United States. Our embassy was attacked, and hostages were taken. No Brit hostages have been taken in Iran, but there were all kinds of things that led up to that 1979 taking of our embassy that didn’t really register until after the fact, and you put ’em all together, and there was a pattern.

You could see a story was developing. In Great Britain, pensioners, public workers — their equivalent of the TSA — walked off the job at the airports which incidentally has caused operations at the airports to run much more smoothly. With two-thirds of the bureaucrat employees on strike, everything’s running better but they’re on strike because they are being asked to contribute a measly 3% to their pensions, and they are also objecting to a pay increase of only 1%. Now, Britain doesn’t have any money. American Airlines has filed for Chapter 11, because they don’t have any money. They have been negotiating with their pilots union for five years on a new deal, and the union won’t go along with it. The other airlines against whom American is now competing have — in some instances during some periods of their fiscal year — shown a profit. Now, the airline industry as a whole…

This may shock you. The United States airline industry as a whole has never shown a profit in a single year. Individual airlines have, but the industry has not. So now American is simply going bankrupt. Thirty-one percent of their costs (I think I saw this yesterday) is labor, and they are now in a situation where they’re not competitive, they can’t compete with the other airlines who have struck deals with unions that have lowered some of their labor costs. So American had no choice here but than to file Chapter 11, which is a way to get out of some of the debt and to reorganize. So I am not comfortable saying this, but the obvious is the obvious, and I said this last night to that great crowd in New York: “You traverse our economy and wherever you find a problem, you’re gonna also find a union. In most cases, it’s gonna be a public employee union.

In Philadelphia, this incompetent schools chief. I forget what her actual title is. She might have been superintendent of a school district or some such thing. She might have been citywide. She was incompetent. She got canned a lot later than she should have, but it took ’em a while to get up the guts to fire her. So she gets fired. They gave her a severance package of close to a million dollars, and the first thing she did was go out and apply for unemployment benefits, and they were granted! Meanwhile, a guy who is in charge of, I think, police officers (who have also been laid off) is having to fight tooth and nail to get them unemployment. Now, these people, you know, taking a million dollars of taxpayer money as a severance, “Oh, no, that’s not enough! No, now I gotta going to do more. I’ve gotta going to do my unemployment.” There’s no end to this.

RUSH: Now, Snerdley just told me during the break he just heard that the Federal Reserve floated a $600 billion loan to a couple of European banks or else it’s gonna be the end of the world. And that’s true. However, that’s the tip of the iceberg. You want the real number? Freedom of Information Act request produced some information, it was on the Fox Business Channel last night between seven and eight o’clock, one of the Fox networks. Seven-point-two trillion has been spent and lent by the Federal Reserve to bail out banks all over the world since 2008. Seven-point-two trillion United States dollars printed by the Federal Reserve to bail out banks around the world since 2008. Yesterday, what you’re talking about, Snerdley, what you’re all agitated about, $600 billion was lent to the European Central Bank by the Fed to keep the banks open and the European Union, to kick that can down the road ten more days because if those two major banks would have failed, in financial world parlance it would have been the end of the world. It wouldn’t have started the end of the world.

That’s how they did it in 2008. Remember it was gonna be the end of the world if we don’t do TARP. It’s gonna be the end of the world financial system if we don’t do this now. So, Snerdley, it’s not $600 billion yesterday. It’s $7.2 trillion since 2008 that the Fed — nobody has any money. Where do you think this money is going? It’s going to people who do not and have not worked. And it had better fail at some point. Otherwise it’s gonna implode.