What Motivates the RINOs?

RUSH: Dean, you’re up first on the phones of the EIB Network. Hello, sir.

CALLER: My dad listened to you for years, and he tried and tried to get through and could never get through — and he’d be so excited if he was alive today and know I was talking to you. (chokes up) Excuse me. So this is great.

CALLER: Well, my point was, as you were talking about the media saying that Newt couldn’t win and that there was this fear. But I think there’s a concerted effort by media and the RINOs to make us not want to pick a candidate like Newt, to pick somebody like Bob Dole or John McCain so that they’re guaranteed to win. 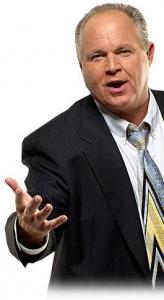 RUSH: So that who’s guaranteed to win?

CALLER: The liberals, so we get another Obama presidency.

RUSH: So the… Wait a minute, now. You think the Republicans also want the liberals to win?

CALLER: Well, I think the RINOs do, and they’re not conservatives. Because this way they’ve got somebody to complain about. You know, it wasn’t their fault, their guy didn’t get in — and, you know, they still stay in power.

CALLER: Well, I think it goes back to what you say, is that the Republicans, a lot of them don’t know what it’s like to be winners, and they’re confident being in that loser segment because there’s always gonna be some RINOs or Republicans in —

CALLER: — so they stay in power.

RUSH: All right. That’s not exactly what I’ve said. What I’ve said is that when you’ve been a loser for 40 years and then you win, it’s often difficult to make the mental transition —

RUSH: — to have the attitude of a winner, just like the fat guy who loses a lot of weight still thinks fat.

CALLER: Right. I think they’re not comfortable with being winners, and it’s a lot easier being in the minority and a loser party, and they stay in power.

Who was the last person to actually cut government? Who was the last person who actually led a movement that balanced the federal budget? Who was the person that did that? (humming “Jeopardy!” theme) You’re not gonna take a guess? (interruption) That’s right, it was Mr. Newt! He was the last guy who gave us a balanced budget. Now, there are a lot of other Republicans involved — Kasich was key and a lot of others — but Gingrich was Speaker. The last time this budget was balanced, the last time there was true welfare reform, the last time government was cut, Gingrich did it. Who is number one enemy of everybody today?

RUSH: Carolyn in Pontiac, Illinois, welcome to the EIB Network. Great to have you here.

CALLER: Thank you! It’s an honor to be here.

CALLER: I was calling earlier in response to one of the callers who was talking about his idea that maybe the RINOs and the liberal media were conspiring, sort of, to help eliminate the conservative candidates and end up with either a very liberal candidate or just a bad candidate who would lose.

CALLER: I guess I had an epiphany the other night when Herman Cain was announcing that he was suspending his campaign. I was very sad to hear that. I was a Herman Cain backer, and, around that same time frame, I was at a gathering where there were some Illinois GOP folks, and I had heard that they were kind of — maybe the word is “crowing.” They were happily commenting on how the conservatives were dropping out and it was gonna end up being Romney. And my thought was, “Well, I’ve learned to not listen to what they say but watch what they do,” and sometimes it really does seem like the party is the same as the Democrat Party, and I’ve heard other people say that.

RUSH: A-ha! So you are wondering if the left might have actually infiltrated our party, if there are actual liberals acting as Republican political consultants, liberals in the GOP hierarchy? I can’t say for sure that that’s not the case. We know that they infiltrate anything else. College campi? They’re everywhere else, why not the Republican Party?