RNC Decides Not to Criticize a President Who is Cynically Dividing and Destroying the Country!

RUSH: There is a story here that’s cleared from Yahoo. “News.Yahoo.com. Yahoo exclusive.” Here’s the headline: “On Private Call, Republicans Say Attacking Obama Personally is Too Dangerous — A Yahoo News exclusive. Republicans on a private Republican National Committee conference call with allies warned today that party surrogates should refrain from personal attacks against President Obama because such a strategy is too hazardous for the GOP.” Here we go again. This is another reason, folks, why I know you wake up alternately angry and feeling like you’re a lone wolf and feeling like you’re part of a distinct minority. Here we’ve got the absolute worst president in our lifetime and the Republican National Committee apparently has just had a conference call where they’ve told people, “Don’t say that!” Obama IS his policies! They are inseparable! The man who influenced and molded him — the man, Obama — cannot be protected any longer!

RUSH: Okay, I gotta run through this one more time because Obama’s in Osawatomie, Kansas, he just said we can’t return to a “you’re on your own” economy, “you’re on your own economy.” Can’t return to that. He wants everybody to be economically dependent on the government one way or the other. You’re not on your own, we can’t return to that. He just ripped into CEOs. He just ripped into people in the top 1%. They’re greedy, they’re selfish, they’re the cause for all this, it’s been going on for decades, nobody’s been able to stop it but now we’re gonna put our foot down. And while all this was going on, a private phone call from the RNC to a bunch of its supporters saying, “Do not attack Obama personally. He is loved; he is admired; people don’t think he’s a bad guy out to change the United States for the worse, don’t go there.”

Every bit of stated opposition from Republicans about Republicans is personal. I don’t know if it’s the same Republicans on this conference call but I’m telling you that it apparently is fine and dandy and it’s hunky-dory to get personal if you are a Republican campaign strategist, if you’re a Republican campaign worker, if you’re anywhere involved in conservative media, fine and dandy, you go get personal against all of these nominees any day as often as you want. Don’t do it with Obama, don’t you dare get personal with Obama. Can attack our people personally all day long. Herman Cain, Gingrich, but lay off Obama. 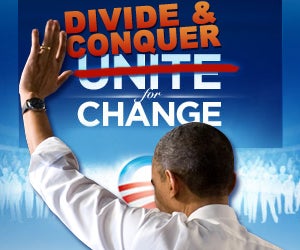 This is what our own people tell us. People love Obama; they hate Herman Cain. In fact, for Obama, his own presidential record is not his record. So we can’t discuss that, either. Because we can’t discuss Obama. We can’t get personal so we can’t bring up his policy, we can’t discuss his presidency. So here’s the rule. Here is the rule from the Republican National Committee, folks, apparently set down today in a private call. Only discuss Obama if it’s in approval. This is how we’re going to prove that we’re nice people. This is how we’re gonna prove to the independents that we are not confrontational or mean-spirited or extremists or racists. We’re gonna prove that we’re nice, colorblind people. We’ll say only nice things about Obama. The number one optic that the Democrat media machine has created is that Obama is liked. It’s the biggest of all of their big lies. He is not liked personally. People that do what he’s doing to your house, your job, your future, to your kids and their future is not liked personally.

RUSH: Merry Christmas from all of us from the EIB Network. By the way, the piece de resistance on this Yahoo News story about the Republican National Committee telephone call, Yahoo News has the exclusively because they were on that call because of a mistake. This is from the story: “On the call, which Yahoo News was invited to attend because of a mistake by someone on the staff of the Republican National Committee.” So the RNC never intended this to get out, unless somebody there did and accidentally on purpose invited Yahoo to attend it. There you have it. All right. I’m calm now. I’ve cooled down a little bit. I’m still ticked; I can’t tell you.

RUSH: This may well have been the most outrageous speech Obama has given. Cookie sent me six or eight sound bites, and I said, “Look, with all that I’ve gotta do here in our remaining half hour, there just not enough time to get ’em all in there with appropriate commentary.” So I said, “Just wait ’til tomorrow. It isn’t gonna be long.” Look, until people hear what I have to say about it, they really haven’t heard it. So it doesn’t matter when that happens. We can’t possibly be late to this when I’m the only one who’s gonna have the take I’ve got. That simple. So that will be tomorrow. Plus, whatever the hell else happens — heck else happens — between now and then.