Jobless Claims Down: Why No Trumpets?

RUSH: The jobless numbers are out. And for the second consecutive week the job numbers, the new applications for unemployment compensation are an improvement. But outside of a couple of segments on CNBC, nobody’s talking about it. When the unemployment rate dipped below 400,000, when there were a measly 2,000 fewer applications, there were orgasms in the media. When the number stayed over 400,000 every week, there were orgasms in the media about, “Well, we’re working hard. There are signs the job market is coming back. There are signs that it’s beginning to come together, the Obama policy.” Now we’ve had, what is this decline, it’s down to 19,000 to a seasonally adjusted 366,000 last week. We’ve been in around the 400,000-per-week mark for a year. 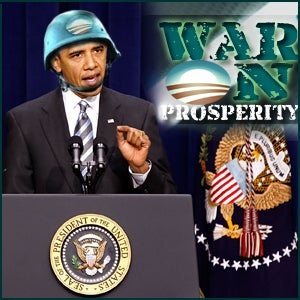 From the usual suspects in the State-Controlled Media — the White House stenographer pool — not one trumpet with this. They are down even more than they were last week: 366,000 applications is a decrease of 19,000 from last week’s, and yet no trumpets. It’s one of the most peculiar things I have seen in years; and at first I thought, “Well, maybe the media doesn’t believe in the numbers,” and then I said, “No, that can’t be because they wouldn’t care. Unless they’re so faked, unless the media knows they are so faked and they are so seasonally adjusted because of Christmas that once we get into January and February it’s gonna go right back up and so they’re trying to spare Obama eventual bad news.

That could be the only reason that they would care if the numbers were being fudged here. Maybe they are afraid to call attention to it. There’s gotta be a reason, folks. There are no coincidences in politics or in the news — and there is no news anymore in the news. This is proof. We got news. They’re not reporting it. Why? Want to know why? What do you think, Snerdley? What’s the reason? Why aren’t they trumpeting this in the State-Controlled Media? (interruption) No, that’s not what it is. They may think the numbers are cooked and they may be embarrassed and they may not want to attach their credibility to the numbers.

But if you look at the ongoing debates in Washington (“Warshington” for those of you in Rio Linda) you’ll find that the regime and the Democrats are pushing for something — really, really pushing for something — and that would be unemployment compensation benefit sentences beyond the 99 weeks. The regime wants it. The media wants it. The Democrats want it. If you start trumpeting how new applications for jobless claims are way down, then you give the opposition, “Hey, what do you mean? Why do we need to extend unemployment benefits? Look at the numbers. It’s getting better.” So you don’t report the good numbers because you want an extension of unemployment benefits. That is what I, El Rushbo, believe as I have studied and analyzed this. Now, last week’s number — you’ll be surprised to hear — was revised upward by 4,000 just as it always is.

But still, that’s what I think is happening here. I’ve got an AP story here by their assigned unemployment writer whose names is Christopher Rugaber. If you read the story, you will see that Mr. Rugaber here does have concern about whether or not they could pass an extension of unemployment benefits if they made a big deal out of this new number. The story does say if you read far enough (which most people would not) that last month’s decline in the unemployment rate was mostly due to people giving up looking for work. Not new jobs being created, but simply the numbers of people looking not being counted anymore. Even Mr. Rugaber admits this. So that’s why I think they’re hiding the number. That’s why I think they’re soft selling it. Now, at CNBC, you know, they had their usual, “Hey, baby, look at this,” kind of moment, but it didn’t go on for very long — and outside of that, you don’t see this being mentioned anywhere.

Unemployment benefits, extensions is precisely why I think this is happening.