RUSH: Yesterday Mitt Romney referred to as Newt as “zany,” to talk radio as “zany,” certain elements of the media as “zany.” So we have here a montage of the Drive-By Media reacting to this.

WILLIE GEIST: (music) Mitt Romney calling Newt Gingrich, quote, “zany;” a word that has not been used non-ironically since 1958.

MIKA BREZINSKI: (silly music) What decade is “zany” from?

JOAN WALSH: I thought it was a silly word. It just shows Mitt is sort of stuck in the ’50s. “Zany,” what does that mean?

DAVID RODHAM GERGEN: An odd line of attack. I think he ought to throw it away. He called Gingrich “zany.” That’s very unusual.

MARTIN BASHIR: “Zany,” what does he mean by that? And that doesn’t sound too good to me from Romney’s perspective, attacking Gingrich.

CHRIS MATTHEWS: (screaming) When a candidate refers to his opponent as “zany” you know he’s in trouble!

WOLF BLITZER: A barrage of criticism, of Newt Gingrich, including suggesting he’s been “zany” — “zany,” his word, Mitt Romney. 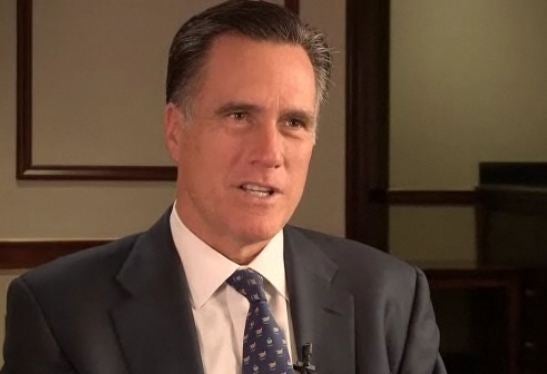 RUSH: Okay, so the Drive-Bys don’t know what it means. It’s a word, as far as they’re concerned, that comes out of the fifties. They think it makes Newt look like Ozzie Nelson or Ward Cleaver. They’re just beside themselves! “This is absolutely ludicrous! Newt is not being harmed by this. It’s Romney making himself look bad by using the word ‘zany.’ Who uses the word ‘zany’ anymore?” The Drive-Bys are telling us they have an approved usage of that word. Newt then responded to it yesterday afternoon in Iowa City. During a Q&A, CNN correspondent Jim Acosta said, “Your chief rival Mitt Romney said to the New York Times, quote, ‘Zany is not what we need in a president.’ He was talking about you, calling you zany. It comes just a little more than a day after your plea for a positive campaign. So what’s your response to being called ‘zany’?”

GINGRICH: (bad audio) My response is I think a Brain Science Initiative is a way to help human beings. I’ll let him decide if it’s zany. I understand what all the consultants are doing; that’s fine. They should run their campaign the way they want to; I’m gonna run my campaign the way I want to — and my campaign is gonna focus on positive ideas and positive solutions; and I’m, frankly, taking the gamble that the America care about actually solving our country’s problems, not just watching politicians beat each other up.

RUSH: Okay, so Newt didn’t want to go there and describe or define “zany.” He’s gonna take the high road and stop all this beating up of Romney and self-immolation. This stuff is not helpful. They got Rudy Giuliani in on this. He was on Fox News Fox & Friends this morning, and the cohostette, Margaret Carlson. No. No, no, no. Margaret Carlson? No. What’s her name? Gretchen Carlson! Gretchen Carlson said, “What’s missing in your comments about Mitt Romney?”

GIULIANI: First of all, right now getting so darn negative. I was really offended by his comment that, uh, Newt Gingrich is “zany.” That isn’t kind of language that should be coming from a candidate. I think this could be hurting him! This is after all a Republican primary. They don’t want to see a Republican savaging another Republican. And it’s not just Mitt. Mitt’s got, uh, governor Sununu out there, uh, basically saying that Newt just doesn’t have the right ideas, that somehow Newt is… He’s trying to create the impression that he’s crazy, “zany.”

RUSH: That Sununu thing, that’s another thing. Sununu gave us David Souter. Assured us he’s a rock solid conservative. He turned out to be very liberal on the court. So here we go next, this is Mitt attacking Newt for being too rich.

ROMNEY: I think Speaker Gingrich has lived in the Washington for the last 30 years. He went to Washington to do good, and he stayed to do well. He’s a wealthy man, a very wealthy man. If you have a half a million-dollar purchase from Tiffany’s, you’re not a middle class American.

RUSH: Okay. So Newt’s out there, that’s that thing he bought for Callista. If you got a half million-dollar line of credit or half-million-dollar bill at Tiffanys, you’re not a middle class American. Now, remember, though, that Romney’s responding to the fact that Newt went out there and said that basically Romney at Bain Capital takes over these companies, puts ’em out of business and fires people. I mean that’s a verbatim quote, anti-capitalist song from the left. And so Newt adopted the language of the left, and that ticked off Romney, so Romney, “Hey, wait a minute, you’re the guy that goes to Tiffanys. You can’t find any Tiffany’s bills in my stack of bills. Why you getting on me here, you’re the guy that’s rich in this campaign,” that’s what he’s saying. Last night MSNBC Steve Schmidt back on television was asked, “Am I wrong that there’s panic in the establishment over Newt Gingrich’s prospects?”

SCHMIDT: I think there’s a lot of panic in the establishment about his prospects. I mean one of the things, Rachel, is there are 31 House freshmen in districts that President Obama won in 2008, and the notion that Newt Gingrich could be at the top of the ticket I think is petrifying to them. You look at the dissatisfaction over the economy, over the president’s handling of the economy, this is an election that Republicans should be able to win, but people are deeply worried that we may be about to put someone into the nominating convention who is, you know, deeply flawed.

RUSH: All right, Steve Schmidt, this guy ran McCain’s campaign and he basically just said what I have been attempting to say in recent months, that the establishment are not convinced Obama can be beat. But they think that Romney will at least help ’em hold the House and maybe win the Senate, which is what they want. That’s where their sights are set. The RNC, the GOP, the inside-the-Beltway ruling class, whatever you want to call ’em, political class, they want the Senate back. Here this guy just said it, Schmidt just said, Newt’s the nominee, oh, my God, we’re gonna lose everything, Newt’s hated. Newt is perceived as a conservative.

Newt is perceived as a conservative, and they think everybody hates conservatives, only nutcases are conservatives. “Oh, no. Here we are, we gotta chance to win the Senate. Oh, no.” Only Romney can do that, in their mind. That’s what they think. Don’t doubt me on this. He just said it. He just said it. (interruption) I know. Obama won against the same kind of guy they want to nominate now. This is the whole point. These guys keep nominating losers. They keep nominating people who are destined to lose, using the same worn out formula that these guys are gonna go get independents and moderates. I know. That’s what I’ve been trying to say.