RUSH: Did you notice, ladies and gentlemen, out of the blue, the White House and the Democrats gave up on their millionaire surtax. Did you notice that? Did you notice that one year ago they gave up on it, too? Almost at the same time. I think — I think that when it comes to right down to it — they’re never actually gonna go to the mat demanding a tax increase on the rich in this economy, but I think they’re gonna try to get as much mileage out of talking about one and demanding one and ripping into the rich and exploiting class envy just for the sake of reelection. Just like Obama is putting his reelection first over the Keystone pipeline, I think they think they can get just as much mileage out of the verbiage of blaming the rich and demanding a tax increase on ’em without actually doing it. Wolf Blitzer is shocked and stunned, by the way, that Obama’s giving up on taxing the millionaires. Twice in one year Obama has given up on it! 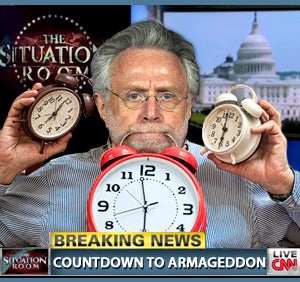 RUSH: This is Wolf Blitzer last night on CNN’s Situation Room really feeling sold out. Really feeling like he has been thrown overboard.

BLITZER: The president is letting go of a (chokes up) goal that’s near and dear to so many Democrats’ hearts. Let’s go straight to our White House correspondent Dan Lothian. (whoosh sound effect)

LOTHIAN: That’s right, and what he’s letting go of is the fact that millionaires — he’s always believed — should bear a heavier burden.