RUSH: Brian in Sonoma, California, great to have you on the EIB Network and Open Line Friday. Hello, sir.

RUSH: Thank you very much. I’ve been there.

CALLER: You know, it’s Open Line Friday, and I just wanted to kind of try a couple things. I’m a longtime listener, followed you from the beginning. I’ve got a couple of Rush Babies so if I could give a shout out to my kids it would be great.

CALLER: Jade, Clay and Billie because we’re gonna listen to this again later they’re gonna get a kick out of it.

CALLER: I never thought I would be calling for something that wasn’t political. I just want to chat about airplanes and maybe a little football.

RUSH: Well, go for it. I got about a minute and a half so go for it. 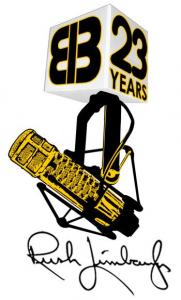 CALLER: Okay, cool. So you’ve got a lot of opportunities to fly lots of different kinds of airplanes. Did you ever get up in something else besides your Gulfstream?

RUSH: Yes, but just airline jets. The last real airplane that one can really fly was Cessna 182.

CALLER: Oh, okay. I was just kind of curious if you did like, you know, a World War II T6.

RUSH: Oh, love them. I’ve never been up in any of those.

RUSH: But, yeah, I’ve been to air shows. I’ve seen those. I’m fascinated by flight.

CALLER: I know you are, and that’s why I thought I would try this because my company does the Channel 9, and we used to put your — well, still do put your — show on channel 9 and get a little flak from people every once in a while.

RUSH: Yeah, yeah, yeah, I remember. That’s happened periodically throughout my career. It’s a highlight irritating people like that.

CALLER: (chuckles) Yeah, mine, too. And then a little bit of football. So 49ers gonna play the Steelers on Monday. Any predictions?

RUSH: Yeah. I think… It’s unknown right now whether Roethlisberger is gonna be able to play because of the high ankle sprain. The Fort’iners, on the other hand, have problems in the red zone. However, they’re playing the Steelers, which are like Swiss cheese in the red zone. A home game for the Fort’iners — and the Steelers need it more. I don’t know. This is a toughie. If Roethlisberger definitely playing, no question, the Steelers win the game and I’m still gonna pick the Steelers. I’m still going to pick ’em straight up. No question about it.