We Pay for the Entitlement Society

RUSH: Robert, Phoenix. Nice to have you and welcome, sir.

CALLER: Regarding this notion that the rich don’t pay their fair share in taxes?

CALLER: The rich pay the most. I’m middle class; I feel I pay a lot. What’s unfair to me is that you, we pay the most and don’t use any government services, for the most part. 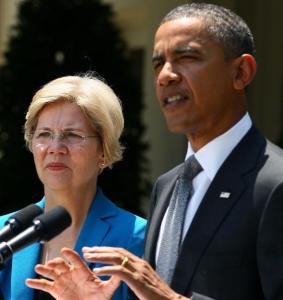 RUSH: Ho-ho-ho. She thinks that you use more public services than anybody else and you don’t favor it and you’re not sharing all the riches that you get as a result of using all the stuff that she and her poor people are paying for.

CALLER: Well, I take it further. I propose raising taxes on the poor. Stop paying zero for all they receive. Accept the burden they placed on all of us. I don’t use any of these services.

RUSH: Well, what kind of services do you mean? Let me see if this holds up.

CALLER: Well, I know Social Security isn’t federal income tax, but I pay a lot in Medicare, Social Security. I probably not going to ever use it because when it’s time for me to use it — I’m 38 years old — it’s not gonna be there.

CALLER: Roads and police and fire come from the state. That’s about the extent of I could think I use. After that I don’t collect unemployment, food stamps. I’m trying to think of some other things but just —

RUSH: Okay, I guess where you’re going. You’re not part of the entitlement society.

CALLER: But I pay for it.

RUSH: But you’re paying for it.

CALLER: If you go into a store and —

CALLER: — you’re a rich person and you walk into a store and there’s a poor person and you’re told you gotta buy all of his stuff you get nothing and then leave the store when you’re done.

CALLER: I do have a couple cars and I do use the roads.

CALLER: Through my state.

RUSH: You pay for the gasoline taxes; you’re no doubt paying for it.

CALLER: My Arizona license plate taxes are through the roof. They’re ridiculous in this state but I do pay for that and I do use that, but federal income tax, Social Security and Medicare I don’t use for what I pay in taxes.

RUSH: I got it. You know, you’re paying far more than your fair share based on what you’re taking out, based on what you’re getting back. I just want to warn you here, Robert: The libs monitor this show all the time and they’re just lurking out there for people like you to go to bat against on their own blogs, and they’ll come up with all these hidden things. Don’t waste your time trying to find them; I’m just telling you what’s gonna happen. They’ll come up with all these hidden uses of wonderful government services you’re not even aware of to try to show how greedy and selfish you are, how unthinking — and the point will be to show how you wouldn’t have 90% of what you have if it weren’t for government paving the road for you, lighting the street night for you so you get home safe, having the cops so you don’t get mauled by somebody. This is the way they think. But when you put it in the context you’re talking about you do not participate in the entitlement society. It’s indisputable.