RUSH: I can’t believe that nobody’s talking about this: The thing Obama signed on New Year’s Eve, the new Defense Authorization Act. I don’t know if people don’t know what’s in this or if other things take precedence. Well, it is being reported because I saw it. I saw it reported. Obama signed this thing, the new Defense Authorization Act on New Year’s Eve. Folks, you know what this thing does? It allows the United States military to detain anybody for no reason! They don’t even have to charge you. I mean, this is specified. This is not the Patriot Act. This is way beyond. This is total authoritarianism. This is the kind of stuff that exists in Third World banana republics. The government can detain anybody! All they have to do… They actually don’t have to do anything.

They just have to say they suspect you of terrorism.

They don’t have to prove it. They don’t have to have any evidence. They can charge you. They can put you away in a jail. You are not allowed a lawyer. You are not allowed habeas corpus. It’s the most amazing thing. Obama even issued a signing statement with it in which he said: Don’t worry, I’m not going to do this. Don’t worry, I’m not gonna do it. Well, he can, as can anybody in the military, as can any future president. They can just decide to detain you. For no reason. I mean, literally no reason. Where is the left on this? Where are the civil libertarians? This is… You can talk about Bush and the Patriot Act all you want if you’re a leftist and a Democrat. Where are you people? This is the biggest affront to the whole notion of civil rights that I can recall. There is a column. Jonathan Turley, who is a legal beagle and a guest on TV shows. He’s a law professor at Georgetown or George Washington, I forget which.

He posted a column on his blog, and the UK Guardian asked for permission to publish it. So, it’s on their website. He basically says what I just said to you in terms of describing what this is. The reason it was signed into law was so that the military could be funded. The old argument was, “If you don’t sign this, the military won’t get funded.” Nobody stood up against this. It was the end of the year, everybody wants outta town to get home for the holidays or what have you. But there it is. Now, George W. Bush never even contemplated anything like this, and nobody’s talking about it. You can say, “Well, Rush, come on. They’re not gonna just start detaining people left and right. You know they’re only gonna use this for people they suspect of being terrorists.”

Well, how they gonna define “terrorism”? If you are a liberal Democrat politician might you think that what happens on Fox is terrorism? (pause) Might you? You know how wacky some of these people are. So, anyway, it’s out there. It was signed on New Year’s Eve, with a signing statement that said from Obama: Don’t worry, I’m not gonna do this. That was his signing statement, essentially. I’m paraphrasing the signing statement, but that’s essentially what he said. And this from Business Insider. “The United States authorities have offered to lift the threat of legal action against 11 Swiss banks in exchange for information.” This is part of a very long story. “The Justice Department’s doing everything it can to get the names of Americans who have Swiss bank accounts.”

The Department of Justice damn near busted the United Bank of Switzerland over this a few years back and now they’re going after other Swiss banks. The lawyers at the DOJ don’t kid around. They’re basically saying: Give us the names of American account holders or we will sue the crap out of you. So the IRS and the Department of Justice are now — again, a Business Insider story — grabbing new powers in the hunt for revenue. There’s two stories here. The first is the Switzerland bank story where the DOJ is telling Swiss banks: You tell us or we’re gonna sue you until the cows come home, and these banks are giving up the information. Which, the coin of the realm in Swiss banking was privacy. They’re giving it up. If you have a Swiss bank, the Department of Justice, Eric Holder, is going to learn about it.

They’re gonna find out if you are doing something they don’t like. Not necessarily illegal. Don’t forget, now, they could say that what you’re doing is aiding and abetting terrorism and detain you, based on what they find in your bank account. “A federal district court judge in California has given the IRS permission to serve a John Doe summons on the California State Board of Equalization.” That’s the state IRS “demanding the names of residents who transferred property to their children or grandchildren for little or no money from 2005 to 2010. The IRS has used John Doe summons to seek lists of American taxpayers’ unreported offshore accounts at Swiss bank UBS and the HSBC bank in India. These techniques have worked well in Switzerland, the hardworking folks at DOJ, IRS are now bringing them to California. That means that the IRS can look at anybody’s real estate transactions.

“With John Doe warrants they can go fishing and snooping in whatever they like.” Now, again, I’m reading this from Business Insider, which is a website. Think of it what you will. “The country starved for revenue. The outfit that’s charged with collecting that revenue has an army of tough-minded lawyers behind it. It will have the power to turn over stones as it pleases. In the end, this effort will raise some additional revenue, it’ll scare the heck out of a few people as well; some people will cheer it. I see the John Doe warrants as a big and dangerous step and a very slippery slope,” writes the writer here, “sure won’t do much for Uncle Sam’s image but a lot of people aren’t gonna care.” 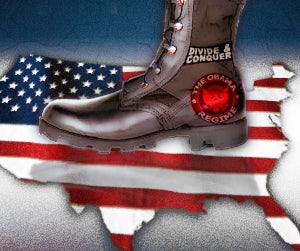 In fact, the entire Democrat Party voting base is gonna be encouraging this. The entire Occupy Wall Streeters. Go get a John Doe summons and find every transaction of everybody that’s got any money and find out if they’re giving money away to their kids or whatever or putting their real estate in their kids’ names or what have you. As far as the Defense Authorization Act, “According to Senator Carl Levin, it was Obama who required indefinite detainment that included US citizens.” Remember, we have killed an American citizen with a drone. Al-Awlaki. We’ve done that. He was an American citizen.

“According to Senator Levin, it was Obama who required that his powers to be able to detain anybody for no reason, include US citizens. The original bill was focused on enemies of America, terrorists specifically. Levin said there was language in the bill to exempt US citizens but Obama asked for that language to be removed. Lindsey Graham has said the same thing, according to the Congressional Record.” Lindsey Graham said, “Why did we take out the language Senator Levin wanted me to put in about an American citizen could not be held indefinitely if caught in the homeland? The administration asked us to do that.”

So while Obama’s out there trying to blame this on Congress and having a signing statement saying, “Well, you know, I’m never gonna do this,” it was Obama who required the language be in the legislation. This was on New Year’s Eve. So it’s like four days ago that this was signed, of course it’s a weekend, and not a whole lot of this is being reported, certainly not being discussed. I’m telling you what’s in the bill and I’m telling you what’s a in the signing statement — and, of course, the message is gonna be, “Well, wait a minute now. Why are you concerned? If you’re not doing any anything wrong, you’ll not show up on anybody’s radar.” Well, let’s define doing something “wrong.” You live in Venezuela and you say something about Hugo Chavez gaining weight while on chemo and you don’t believe he’s really got cancer and you could end up in jail. That’s what dictators do.