Remember: Obama is in Trouble

RUSH: What isn’t being discussed in all of this is Obama — and where is he? There’s no opponent… (interruption) Oh, by the way, you know these robo-calls for Hillary that have been going out? Guess who they think’s responsible for that? Me! They think there’s another Operation Chaos. When I say “they,” I mean the media. 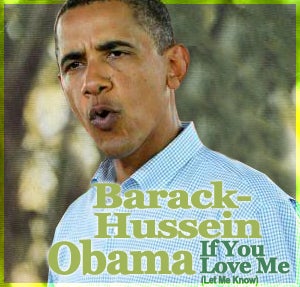 Some people in the media, some in the Democrat Party think that I am putting together this Operation Chaos 2 with all these robo-calls trying to get Hillary as veep and get Biden as secretary of state, because Obama’s in such trouble. Obama is in trouble — and, of course, it makes sense he would be discussed. He’s not opposed so he’s gonna come out of the Hawkeye Cauci a big winner, but there is nevertheless a story from Real Clear Politics by a woman named Salena Zito, and here’s a pull-quote: “All he’s got right now…” meaning Obama. “All that he has right now, despite Washington media reports predicting his resurrection in the polls, is a political machine that can turn out just enough voters for him to win electorally. He does not have a groundswell of support.” Obama’s approval numbers are tanking. It doesn’t look good. Of course, nobody’s talking to you about this because the focus obviously is the Republican primary.

RUSH: Grab audio sound bite 16 and 17, Obama in trouble. And, look, the media know it. Of course they’re not gonna spend a lot of time talking about it, and I actually don’t want to go overboard on it because I don’t want to get people in a false sense of comfort here. But listen to a couple sound bites. This is Gloria Borger on Chris Matthews’ Sunday show, a lot of people on his panel. He said, “Is there a mood right now that this president’s probably going to lose as events take their course? In the direction we’re headed right now, is there a sense Obama’s headed towards defeat?”

BORGER: There are lots of Democrats I talk to who are very worried that with high unemployment numbers, with the deficit being front and center —

BORGER: — that the president is gonna play defense —

BORGER: — the entire time. Look, as Major was saying, it’s very difficult to win an election when you say, you know what, the other guy, whoever the other guy turns out to be, the other guy would make things worse. That’s not actually a positive, optimistic, hopeful, morning in America kind of message. So I think Barack Obama has his work cut out.

RUSH: Gloria Borger. And it’s a good point. “The other guy’s worse” as a message. The irony is that the Republican establishment doesn’t think he can lose. I’m not kidding, folks. I am not making this up and I’m not trying to be provocative and I’m not tweaking them. I’m telling you, the Republican establishment, they’re looking at averages, Obama’s race, they’re looking at timidity. They just think Obama’s gonna win, that you don’t beat an incumbent, and he’s got all this money to pass out. The Democrats, they don’t see how he can win. Our guys don’t see how he can lose. What does that tell you? Here’s David Ignatius, same panel, Chris Matthews’ show. Matthews said, “Do they feel like that? Do you have the sense that there’s a feel out there right now that the Obama people know they’re going to face a very uphill battle this year?” 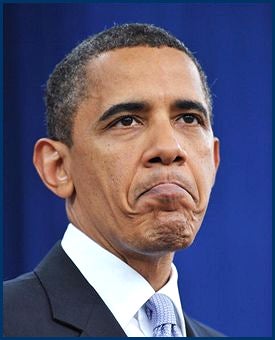 IGNATIUS: I think they’re worried, they have been worried. It’s Obama’s way to play defense, that’s just how he’s conducted himself as president. This year is his last chance to define himself for the American people in a clear way as a leader so that people might join on. I just would note one thing. Obama is the only candidate in this race who can say to the American public, “I killed Osama Bin Laden. We took down America’s biggest enemy. I made the country safer.” And that could be powerful.

RUSH: Yeah, to who? Do you think the Occupy Wall Street crowd cares about that? Do you think the American left cares about that? That’s what have you done for me lately. I hope they do think that’s a big deal. It’s not gonna hurt but that’s what they’re focusing on? How about this. (imitating Ignatius) “Yeah, he’s got one last chance this year to define himself.” What do you mean, one last year? He’s been president for three years. He was a media darling for a year and a half before, what do you mean he’s got a year to define himself? He’s already defined. Everybody knows who and what Obama is. And it’s not that hard to contrast with Obama. That’s why we’re sitting on a potential gold mine here with the right nominee.

I’m talking about for the future of the country. There’s no reason to nominate and elect a moderate. There’s no reason to. “Mr. Limbaugh, the country prefers –” There’s no reason to, Mr. New Castrati. That whole moderate philosophy is based on close races trying to pick off 10 to 15% of the undecided. This could be a slam-dunk landslide with the right candidate and the right campaign and the right contrast, because Obama is defined. He’s defined by his policies. And why should we sit around and wait for Obama and the media to define him anyway? Why don’t we go on offense for a change and do it ourselves? Of course, we have been here. I’m talking about people that run the stupid party.

RUSH: Speaking of defining, this is interesting. An analysis released last week show that 45% of all the political ads in Iowa were negative ads directed at Gingrich, and they worked. Negative ads worked. Mitt Romney took Newt out with negative ads. Well, his PAC did in Iowa. That’s why you have to define yourself. You can’t let others. And Obama can’t define himself honestly and win. So we should do it.