RUSH: I have a theory about how news becomes news. Have you ever noticed — and stick with me, here. This is a little roundabout way of getting where I want to go.

I have mentioned to you that there is no news anymore. You turn on “the news;” it’s not what you’re watching. You’re not turning on the news to find out, “Okay, what happened today that I don’t know about?” That’s not what it is anymore, particularly now, at this time of year and at this time of the political cycle. The news today is all agenda oriented. It’s all propaganda, oriented toward reelecting Obama, pure and simple — except for most of Fox. But even on Fox there are those who have that as their agenda. More and more — and I noticed this when the website Media Matters kicked up. When that website first went online, they put together a long list of “charges,” allegations against me with examples of some of the most outrageous stuff I’d ever said. 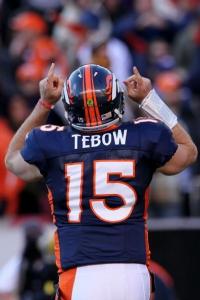 I read it, and I said, “Thank you! These people are publicizing some of the most beautiful, wonderful, funny, right-on-the-money stuff I’ve ever said.” I said, “This is fabulous. It’s like I’ve hired my own PR firm,” but then what started to happen was the mainstream media started picking this stuff up as though it had actually happened, as though they were actually listening. They weren’t. The mainstream media starting citing Media Matters and other sites like that in a way as to make their readers and viewers think that they themselves, the reporters, had heard me say this stuff, which they hadn’t. So a light went off in my head: “This is the new way that news is made. This is the new way that stuff ends up in the so-called mainstream media,” and it happens each and every day now.

Media Matters listens to this program, will take something out of context, and later that night or the next day there’s MSNBC with their version of it. It’s just a pipeline, and it’s the latest example of reporters not reporting, just being lazy. They just consult websites, blogs; and it doesn’t matter how obscure the blog, doesn’t matter how unheard of the blogger is. It doesn’t matter the resume or the experience of the blog. Doesn’t matter. As long as it’s published somewhere, the printed word is all the weight that is needed. Doesn’t matter who prints it, doesn’t matter who writes it. As long as it’s on a website that has a professional-sounding name to it or a logo or whatever, it becomes qualified. Well, the reason I’m mentioning this is because there is an obscure — I don’t even remember the name of it.

A friend of mine sent it to me today. There is an obscure sports blog or website out there with a story today. I’m gonna make a prediction to you. I never heard of this guy; you haven’t, either. He’s probably somebody who never gets out of his underwear sitting in his bedroom writing about this stuff, but because it’s published and because it’s on the Internet, it has instant credibility — and his point is that Tim Tebow has become “the most polarizing figure in America,” and particularly American sports. Now, what I want to see is how many days is it going to take before that shows up in USA Today’s sports section, or Sports Illustrated, or ESPN’s website, or someplace that people would think is a credible news outlet.

Now, let’s look at this: Tim Tebow, the most polarizing figure in sports. It is manifestly untrue. There’s nothing polarizing about Tebow. What is “polarizing,” if anything, is the reporting on Tebow. What’s “polarizing” is the media saying — alleging, accusing, whatever — various things about Tebow. “He can’t play! He’s too much oriented to God! His throwing motion is way too long! He can never be a pocket passer,” all of these things. In fact, everything that they said he couldn’t do he did yesterday — and he did it against the league’s number one defense, the Pittsburgh Steelers. Everything they said he couldn’t do, he did. There’s nothing polarizing. Everybody in Denver loves him. Except for some of the Broncos management.

Where’s the polarizing? I’ve always said, you know, they refer to me as “Rush Limbaugh, the controversial…” What’s controversial? Everybody in this audience loves me. Everybody in this audience agrees with me. Where’s the polarizing? There’s nothing polarizing about Tebow. I don’t even think this little guy, this blogger (I don’t know who he is) who wrote this knows what the word means. What’s “polarizing” about Tebow? Tebow has the whole country pulling for him! He hasn’t split the country down the middle. Tebow’s not inspiring a bunch of hate other than in the media (and places in the Broncos front office, but that’s another story). So let’s just see: How many days does it take before the so-called mainstream sports media picks up this theme — Broncos quarterback Tim Tebow is the most polarizing figure in sports? And then we’ll get a poll: “Is it Tebow or is it LeBron James or is it Derek Jeter” or throw a name out there, whoever.