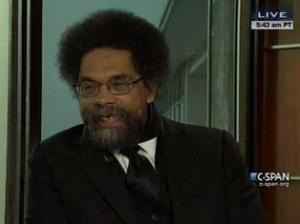 RUSH: I’ll play a couple sound bites here. Harry Belafonte. “Day-o! Daaaaaaaaaay-o! Midnight come and me wan’ go ho’.” Harry Belafonte is not happy with Obama. Well, this is Sunday, on “the syndicated Smiley and West Show.” Don’t tell me they’ve got a radio show now? Smiley and Cornel West have a radio show. I thought they had their Poverty Tour. When did these guys get a…? Actually who doesn’t have a radio show anymore? So, okay, Sunday on the syndicated Smiley and West radio show hosted by PBS’ Tavis Smiley and retired Princeton professor Cornel West.I saw Cornel on TV the other day, and he’s got that Afro going, man. Talk about the Barbershop movie? I mean, it is right out of that. He is looking cool. Cornel was revved up. So they have Belafonte on as their guest Sunday, and here’s the first two sound bites.

BELAFONTE: (whispering) When I think of Barack Obama and I think about all that is at stake here, I’ve really long since left talking about how many terms will he be as a president. I am very cautious of the fact of those who thinks (sic) that he has some hidden agenda and if only he could be given a second term for us to see the new light, new things will be revealed.

RUSH: Okay, so, well, (impression). “I’m very upset that Obama has not raised the hammer and sickle flag. He just wants to go all communist all the time, and he’s being told that they have to wait ’til second term. They can’t do it now or he’ll never get reelected and Belafonte is saying, ‘I don’t believe the second term crap. He doesn’t have a moral compass! He’s not gonna go communist. He’s not gonna wait ’til second term. We’re being lied to. Everybody lying to us about everybody! Obama lying, Michelle lying to us, Rahm’s lying. Everybody’s lying. The only people not lying is Jeremiah Wright and they got him muzzled.” That’s what Belafonte is saying. So he didn’t even pause for a question; he just kept going.

BELAFONTE: (whispering) I think if there was the kind of moral compass serving Barack Obama in the way we all had hoped, the moral force would have helped him make choices. The absence of that force in his equations, the absence of that barometer to guide him when he has to make these decisions which are hugely complicated, especially from the political perspective. He should have come to the table with things that I think would have helped us at this moment in crisis.

RUSH: (impression) “So that’s pretty much what I said. He doesn’t have, uh, the moral ability to go forward. It’s too complicated, uh, and he doesn’t know what to do when. He hasn’t been doing it, and so I’m gonna vote Romney, right? No!”

RUSH: I remember once, folks — this was funny — shortly after I had moved to New York in 1988 or ’89, somebody invited me to a Whitney Houston concert at Madison Square Garden. It was before she’d had all of her problems. She was big. And we were sitting in Madison Square Garden near the front row, and they had the place laid out basically hockey style. They had a little bit larger than a basketball rink for seats on the floor. And all of a sudden I hear people start shouting, “Get outta here! What are you doing here? You had nothing to do with her. You freeloader!” I’m looking around and I saw Harry Belafonte walking toward the stage. The show had not started. It was the pre-show. All the lights are up, and Harry Belafonte was walking around down there, and this crowd just started mocking him like I couldn’t believe. “You freeloader! You got nothing to do with her success, what are you doing here?” It was uncanny. It was all over the place, anybody that saw him. I thought, “Wow, this is a learning experience for me.”