Was Romney Ready for Bain Attack?

RUSH: This is last night on Fox, their show called The Five, co-host Bob Beckel is speaking with the other co-host, Eric Bolling about the Republican primary and attacks by Newt and Perry on Romney. Bolling said, “You’re starting to see it. You’re seeing the conservatives on the right — the Tea Party, Nikki Haley, Jim DeMint, some of the other Tea Party activists, spoke last night as surrogates for Romney — no less starting to coalesce around Romney. Now, is that what we’re seeing, Bob?”

BECKEL: The attack by his opponents, by Gingrich and Perry on Bain, backfired in a big way. And if you look at what Rush Limbaugh and some of these others who have not had nice things to say about Romney came strongly to his defense by saying, “What are you doing? Why are you playing the Democrats’ card out?” I’m delighted they are. I wish they would do it longer. One of those things that happens to you in presidential politics: When your opponents take you on in your own party and they give you an opening to grab another demographic.

RUSH: Well, what Beckel here is basically saying is sort of echoing my initial reaction to Newt and Perry going after Romney on this Bain business using the exact language that the left would use and denouncing capitalism. So Beckel says is, “You look at what Limbaugh, some others here are saying, ‘What are you doing?'” and it’s a question that everybody on the conservative side now in various elements of the conservative media is starting to ask. It’s amazing, actually, given who’s in the White House. If you want to start attacking people for not understanding capitalism, just go to the Oval Office. We have somebody in the Oval Office who actively opposes it. He and his wife reject it. As I said yesterday, people try to come up with these convoluted explanations that explain Obama’s motivation.

We have a guy — either by virtue of the way he was educated (ill-informed, malinformed, who cares?) — who believes that the founding of this country is unjust and immoral. The founding! This guy believes that the 1% founded the country. The 1% have run the country since its founding, the 99% have been exploited. They have been used, they have been abused. This has been a country of an imperialist military, which has conquered other people, stolen resources, and it’s the only reason we’re a superpower. They think this is an illegitimate, unjust, immoral country, and his sole purpose is to take as much as he can from these he thinks are the 1% and redistribute it.

There is no such thing as lawlessness when he’s in the process because he is simply equalizing things. So a recess appointment when there is no recess doesn’t matter. He’s got a higher calling. He is trying to correct evil, unjust immorality. If Arizona wants to have a law to protect the border because the US government electorate enforce its own laws, what’s he do? Sues Arizona! I can give you countless examples of Obama governing — and “ruling,” if you will — against the will of the people of this country. It is the belief. Why do you take over General Motors? This is why I cringed yesterday to Romney’s defense to what he did, to the attacks against him with Bain Capital (that he basically scorched earth; ran in there, took over these companies, fired people left and right for his own personal benefit).

Romney said, “Well, yeah.” (laughing) Oh, no. What’s next? “Well, yeah, but that’s just what Obama did. Obama went in, he tried to save the business of General Motors. He had to lay people off. He had to streamline.” No, that’s not why Obama took over! He didn’t take it over to save it. He took it over to steal it! Same thing with Chrysler. The bondholders and the people who were the legitimate investors who had first dibs on any corrective financial measures were told to pound sand. Obama gives it to the unions — the, quote, unquote, “workers;” the 99% who have been shafted since the days of the founding of the country — and their union leadership runs it.

They don’t care. It’s government-owned. They don’t have to turn a profit. It was Obama that shut down a bunch of Republican dealerships at General Motors when he took over. For Romney to equate what he was doing at Bain Capital with Obama is mystifying to me. Now, I understand it in one regard, and it’s an attempt to inoculate himself from criticism because if he can say to the media, “Well, hey, you know, your favorite son, Barack Obama, did nothing different than what I did,” he’s thinking maybe he can nullify some of their criticism. But it’s not gonna work. They’re gonna criticize him no matter what. He starts at a disadvantage. 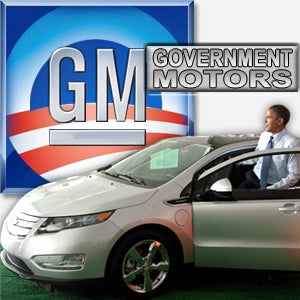 He’s a Republican! Therefore, he’s a mean-spirited racist bigot extremist. Obama’s a liberal Democrat; that means high tolerant, patient, compassionate, kind, understanding, all those cliches. But to draw an analogy, a comparison to yourself and your private equity firm to Obama having the government take over two automobile companies. But this is the outgrowth or the result of the attacks. It is curious to me that you have Romney now in his second tour. I don’t know how much money he’s got, but it’s a lot. To not have anticipated this line of attack when it did happen in 2008? I mean, they went after Bain in this way in 2008. For there to not be a flip card response to this (wherever it comes from, be it from Gingrich or Perry on the Republican side or wait for Obama and the Democrats to do it)?

You have to know that at some point if you’re Romney in this campaign, either the primary or the general if you happen to be the nominee, they’re gonna come after you as a rich Republican extremist. “You don’t care about the little guy! You only want to enrich yourself.” The cliche is there. You have to have, I would think, a solid prepared response or answer to it. “Well, I was just doing what Obama did.” No, because Romney didn’t go in and destroy any companies. He wanted to save ’em! His motivation is profit for the first-time investors, at the same time to save these companies. These companies that Bain and other places like Bain buy are purchased in the first place ’cause they’re in trouble — and therefore they’re cheap. They’re available.

Then an assessment’s made: “Can we save this place? If we can, how? If not, do we sell it all off, shut it down and move on? Those are legitimate questions and legitimate decisions made in free-market capitalism. But that’s not at all what the General Motors and Chrysler takeover was about. That was Obama saying, “See? Those two automobile companies are an example of the unjust immorality of this country in the first place! The people that really made those companies work are the ones getting shafted: The workers, the union workers! They’re the ones that have to go on strike for a decent wage, they’re the ones that have to protest for health care, meanwhile, the management…”

It’s the whole Michael Moore routine, and that’s not what Romney’s about. Romney doesn’t have the same view of the country that Obama does. So, anyway, Beckel is now happy — and understandably so — because the Republicans doing what Obama and the Democrats were planning on doing later on down the line. The only upside to this is that it does provide Romney, if he is the nominee, an opportunity to come up with a defense for this — and it’s an opportunity, by the way, in the primary process for people to see (voters to see) how he is going to deal with this.

Now, I just learned (this is from CNN) a Perry donor is defecting to Romney and is citing Perry’s attacks on Bain Capital. “One of Rick Perry’s leading financial supporters in South Carolina is defecting to Romney. He told CNN today that Perry’s sharp criticisms of Romney as a ‘vulture capitalist’ were the main factor in his decision.” What, nobody went after Bain in 2008? I got a note saying nobody went after Bain in 2008. Somebody did because I remember it. It might not have been major, but Romney has always been hit on being this “Mr. Monopoly Moneybags” guy. Maybe none of the Republicans did, but he wasn’t in it long enough for that to happen.

RUSH: Yeah, according to The Politico, in 2008 none of the rival campaigns focused much on Romney’s days at Bain Capital, either in their public comments or back channel communications with reporters. Ted Kennedy did big time when Romney sought his Senate seat. Back in 2008, the Republicans did not go after Bain Capital. This is new. But I still maintain that the Romney campaign has to at least plan on this coming from the Democrats at some point down the line. I would think by now you’d be prepared for it. (interruption) Exactly right, the whole Occupy Wall Street movement was created because the Democrats think Romney’s gonna be the nominee.

The whole Occupy movement’s an Obama creation, a campaign creation to run against Romney as Mr. Wall Street. And, remember, we had the sound bite yesterday, Romney was on Ted Baxter’s show back in December, and he offered the same defense. (paraphrasing) “I just did what Obama did. He had to save General Motors. He had to go in there and lay some people off. He had to trim the size of the company,” blah, blah, “was trying to save the business.” Obama doesn’t have the slightest idea, Obama doesn’t think in terms of saving businesses. He wouldn’t know the first thing about saving a business. Obama wouldn’t know the first thing about creating a business, either side of this.