The Day I Murdered a Mouse

RUSH: Some people are sending me e-mails reminding me that I admitted once to having murdered a mouse when I lived in Sacramento. It amazes me what some of you people don’t forget. Yeah, I remember that. It was my first house that I ever had, that was mine, and I found a mouse in the trash can in the laundry room and I panicked. 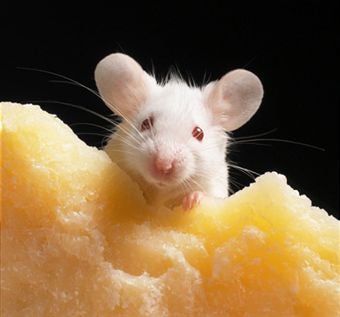 Okay. So she just lives there, but she doesn’t work there personally? All right, just wanted to set the table. I’m trying to set as much of the table as I can. Snerdley tells me that this woman had a raccoon problem in her garden, destroying her edible crops in her garden, plants and whatever else. So she told Snerdley that she set traps for the raccoons, and when the traps worked, and when she caught the raccoons, she took the raccoons to the neighborhoods of the affluent, the rich, and she released them so that they would have a better forge for a better grade of food in the yards of the wealthy. That is not what I did when I discovered a mouse in my plastic trash can in Sacramento.

You wouldn’t believe how many e-mails I’m getting from people who remember that story, and I haven’t told that story in 20 years. (interruption) I did? I told it eight years ago because you remember it, you guys? You’ve heard the story? Well, still, okay, so I told it eight years ago. I’m still amazed that that many people remember it. So, anyway, I don’t have to tell ’em again because everybody knows it. (interruption) All right, very quickly. I’m not gonna take nearly the time that I took. A mouse in the… Well, I hear a noise in the laundry room. It’s within the first week of moving into any prized, first-ever house that I owned. There were three bedrooms. I think there were three bedrooms. Yeah, three bedrooms. It was about 1800 square feet. Something like that, yeah. Yeah.

It was a model home in the development. I arranged that. It’s already decorated. Pink in the master bedroom. I didn’t want to tell all this. Anyway, I hear a noise, can’t tell really where it’s from. I hear a noise. It’s a noise you know is not supposed to be there. So I’m walking around the house trying to find source of the noise, and I got the laundry room and that’s where it’s loudest. So I start looking around, I don’t see anything, but I hear the noise. I kept walking around and finally I get to the trash can and I look in, and there’s a mouse at the bottom trying to jump out. It’s about a three-foot tall plastic trash can. Yellow.

No trash bag in it. Just a bare plastic trash can, and the mouse is trying to get out. “Oh, my God, mouse!” That to me equals filth, dirt, poison. “Oh, my God! I gotta get rid of this,” but I’m not gonna take this trash can out. I can’t just dump it because the neighbors will see that I got a mouse in here. (sigh) So I called my mother. She said, “Oh, no, mice are cute,” and I said thanks and hung up. I don’t know why but I went and I grabbed a can of Pam and I just started spraying the mouse with it. (interruption) Well, I was trying to also lubricate the side of the trash can’t so it couldn’t climb out — and the mouse liked the Pam.

It started licking the Pam wherever it could find it, on itself, on the side of the trash can. I said, “Oh, no.” So it wasn’t working. I think about this. This was horrible. I just started shaking that trash can as hard as I could and the mouse was bouncing around in it. It took a long time. I waited for nightfall, and I took it out, and dumped it in the street. That’s that. But, ugh. I actually thought the Pam would the poison it. I was looking for the poison. You know, I believed all the food Nazis back then that stuff was bad for you. It didn’t the poison it. The rat liked it — the mouse. It was a little mouse.