Memories of a Shoeshine Boy

RUSH: This is Maureen in Orlando, I’m glad you waited. Welcome to the EIB Network. Hello.

CALLER: Gosh, Rush, I’m so excited to speak to you on this exciting day.

CALLER: Let me just preface, yesterday was the first time I stood in front of my television and cheered, when Newt was speaking, since Sarah Palin gave her acceptance speech. It was fabulous.

RUSH: Yeah, I remember that myself. 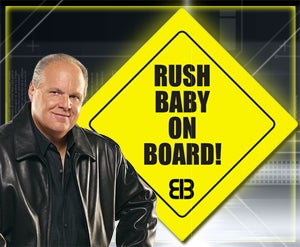 CALLER: Yeah. You know what, I just want to say, I’ve been getting called all morning from people, my friends, which, I’m just a stay-at-home mom for 17 years. My husband works hard to have me at home to raise our Rush Baby, but, my friends are so excited about Newt and his message that he has, about self-sufficiency and, you know, get the kids to work.

RUSH: Well, I know. The question is, is it too late?

CALLER: No, I don’t think so. I go around my small town. I go into the post office. I go into the library. We’re buzzing. We do want change. It’s almost like, I call it the whisper campaign. No one wants to speak aloud about it, but we want conservatism. This is what we work for. I was standing in line yesterday at the grocery store. I was looking at the people’s carts filled with soda and junk and they whip out an EBT card. My husband works hard every day to buy our milk and eggs and chicken. Why am I buying somebody else’s soda?

CALLER: But you know what? We’re bigger than them. You always say that. We are bigger than them. We’re usually pretty gracious and keep our opinions to ourselves. But it’s reaching the point where it doesn’t benefit them. That’s why I called today about the benefits that I’ve seen with my daughter being picked to work in the school. She gets a fabulous opportunity. She takes one period to work in the administration office because she’s a good student. Well, the benefits are she got chosen for a prestigious program that she goes, speaks to all the community leaders in our county, but she actually got picked.

RUSH: Yeah, your daughter got picked, but how many hundreds of others didn’t, and see, that’s what’s wrong with America.

CALLER: But that’s what I’m saying —

CALLER: But you know what the gateway was? She got in front of administrators and they saw her work ethic. So what Newt had said about working, like if you cleaned bathrooms. I used to have to wash dishes when I was 14, but, you know what, I saw the value of that, and I worked my way up, because I did not want to wash dishes for the rest of my life; and now my daughter, it was almost like a gateway. I was talking to my friend. I said, “You know, it’s a privilege as a parent that our children — forget taking some nonsense course — actually get to work.” Our school is 3,000 students. She gets to see the intimate workings of the school.

CALLER: You know it’s sad that they twist around that: the minority student or the poor students. This is a privilege. It’s a neat thing that your kid gets to work. 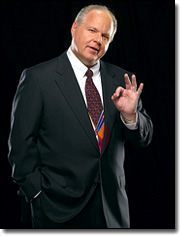 RUSH: You know what liberals listening to this program are saying right now? Do you know what they’re screaming at the radios? “How come you didn’t want to wash dishes for the rest of your life? Other people have to do it. How come you don’t have to anymore? How come washing dishes all of a sudden became beneath you?” That’s what we’re dealing with. We’re dealing with insanity. We’re dealing with a total cultural divide disconnect. You are calling to praise your daughter, and I totally understand it, and the people on the left listening to this, all they hear is how your daughter benefited from an unfair advantage. She’s smarter or knew people or whatever, and you had connections, and that’s what’s wrong with America because these other 2,999 didn’t.

They focus on the losers, and they don’t think the winners are legitimate, and, therefore, the whole process is illegitimate. Work should be an honor. My first job… Well. (chuckles) I was forced — I was forced — to mow the grass. That was my brother’s and my punishment. Not with a power mower. No, and we had to use edge trimmers. I hated it. I hate it to this day! I despised it. It was punishment. We had to do it. We had to wash the dishes before we were 14. I can tell you that. But my first paying job away from home was shining shoes in a barbershop, at age 13. (interruption) Well, it was racist because there were people at the time who thought that I shouldn’t have the job because I came from an affluent family and I was depriving a poor kid of the opportunity.

Even back then, I kid you not, there was that sentiment. It wasn’t said aloud, but there was an undercurrent. There was an undercurrent. Anyway, the barbers in the barbershop were all great. I got the job, but then I sat around in there, waiting for customers to come to the shoeshine stand, and a couple days passed and two people showed up. The barber says, “How are you gonna get ’em back here for a shoe shine?” I said, “Well, if they want one, they’ll come. If they don’t…” “No, no, no. Nobody wants one. When they’re sitting there in the chair getting a haircut, you need to just give their shoes a brief buff, and if they say don’t do it because they don’t want to pay for it, you tell them, ‘No, there’s no charge. It’s just a service that I offer,’ and you watch how many of them will ask you to come do it for real and pay you.”

So it was a great learning thing. I just love making shoes shine. I don’t know. It was a fetish. Getting paid for it was… I’m 13! It cost 50Â¢. I earned $50 in three months. I was living at home. It was not something I needed to live on. But my parents were blown away. They couldn’t understand it, why I would want to do it. They didn’t hold me back, but there was this undercurrent that I was depriving somebody more needy of the job. But that’s always the way. (sigh) I don’t care. There are always going to be detractors; anybody doing anything they do. I just loved it. I learned how to spit shine like the military people have to do. I learned how to do all that. So we’ve all got these stories to tell. We’ve all got stories to tell of the first jobs that we had, first work that we had. You learn so much being around adults who are earning a living for themselves and their family. It was a great educational thing for me all the way around, just in the basics of how to get customers. You can’t just sit there and let ’em come to you.

RUSH: People want to know if I could snap the buff rag like professional shoe shiners. Damn right I could snap that rag! I could make that buff rag sing. But, you know, there’s something else I learned about that, and this has stayed with me all my life. I learned… This is gonna sound so strange, but the barber supply place has stuff that you can’t buy in any other store, like the clippers they use or like the shoeshine stuff. No retail outlet has this stuff, and there’s all kind of businesses like that. Restaurant supply stores. You can’t buy the stuff there retail. There were so many gadgets and fun things that you could get in the barber supply store that you couldn’t find at the average, run-of-the-mill grocery store.

So I learned, “If I have something exclusive, I have access to stuff here nobody else can get. I can shine shoes better than you can do it ’cause the stuff I can get is stuff you can’t get.” And I would tell the customers: “You can’t get the stuff I’m using here. Only I can get it. That was a great sales technique as well,” and that has remained true to this day. That’s always the case about practically everything.