RUSH: Linda in Nashville, it’s great to have you on the EIB Network and Open Line Friday. Hello. 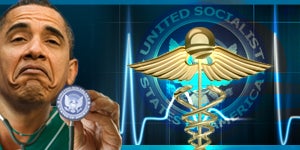 CALLER: I’m calling regarding all the rhetoric that’s going on with Obama’s administration regarding tax increase and the wealthy pay more. Rush, my husband is a physician. We have five children in college. We don’t take handouts. Meanwhile, thanks to Obama, fewer and fewer charges can be collected. I mean in terms of receivables or procedures, what you can collect. So the income gets chopped away practically daily, like doctors are evil and they have to be punished. But yet nobody addresses welfare reform, people who just repeatedly take advantage of the situation. And indeed some of them have issues that prevent them from working or prevent them from educating themselves, and I understand, but some of them just bleed the system dry. Also unemployment reform. What about that? I mean it used to be if you collected unemployment you were expected to take a paper around to the different —

RUSH: You were supposed to look for work. The ChiComs still do that, by the way. If you’re unemployed in China you have to prove you’re looking for a job. You have to do it, a lot of other countries, particularly emerging countries, and we used to. We used to do that. But see, the answer to your question is simple. Your husband and you are in the 1%, and as such you’ve been exploiting all of his patients. You’ve been overcharging them for years and that’s led you to have the money to put your kids in college without a loan or without a handout, as you say. And you probably have a fairly nice house, and you’ve done that by exploiting these poor people. You’ve charged them much more than they could pay for simple medical care, which ought to be free in a fair and just society. So these people who aren’t paying their fair share of taxes, the poor, the middle class, are paying no taxes, the doctor having his payments, his reimbursements cut back, that’s only fair. That’s how we’re transforming America. That’s how we’re equalizing. We’re making the 1% finally pay for the exploitation of all these poor people, it’s about time you found out what it’s like.