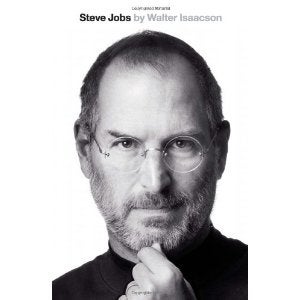 In the last three weeks there have been two stories in the New York Times about how basically Apple is responsible for people dying in China putting together iPhones and iPads, sweat labor, child labor. We’ve discussed one of the stories on this program. What has happened as a result of those two stories is that the usual touchy-feely student community has gotten up in arms and is demanding that Apple sign petitions saying that nobody will die in the assembly of iPhones. They’re demanding all kinds of concessions. They’re demanding that Apple be a better corporate citizen. It’s gotta shock ’em, because in a political sense their very own community is coming after ’em.

After all this showering and promotion of the New York Times on everything Apple, here comes the New York Times out with a hit piece, and the reason for it is to help Obama. Yeah, they did wait ’til Steve Jobs died to have this reversal take place. I don’t know if there’s a deep meaning to that, meaning current management’s not so in bed with the New York Times, I don’t know. But still, it’s a 180, it’s a stark difference. All I wanted to tell you was, you know, Apple’s getting beat up ’cause they don’t make iPhones in America, and we’ve told you the stories. The factories over there have 230,000 employees. We’ve only got 50 American cities with adult population larger than 230,000.

The company is Foxconn, 230,000 employees, 60,000 live at the factory. The factory has a hospital, a bunch of restaurants. They go through all this pork and rice feeding them every day. They make the equivalent of 17 hours a day. There was a story earlier this week that showed a picture of 3,000 Chinese at an application center hoping to get a job at one of these factories. So, anyway, I just think it’s time for the truth. The only thing that happens with the iPhone in China is it’s put together. It’s where it’s assembled. Apple does employ the brains behind the iPhone in this country. The high paying tech and engineering jobs responsible for the iPhone, the hardware design, the software, all of it happens here in America. The high paid jobs that are responsible for the existence of the iPhone take place here. Those jobs are in America. The assembly jobs are what take place in China.

It’s not as though Apple is stiffing America. The fact of the matter is that the best jobs, the high quality, high paying jobs regarding iPhone and iPad and all the other Apple products, the computers, do take place and do exist in the United States. The New York Times has turned on ’em, and of course the usual suspects, the know-nothing social do-gooders get all up in arms about human rights abuses and Apple’s killing people. There was a story, they polish the back of the iPad, the aluminum case, they polish it and the dust from the polishing is so fine it can cause explosions and it did at one iPad factory and 63 odd people got injured and so forth.

Well, that didn’t sit well, and so the usual do-gooder suspects are out. I just thought it was worth knowing that they used to love each other at Apple and the New York Times and that the quality, high-paying design tech jobs are in this country. So there. (interruption) No. Apple hates me. I’m not doing this for any reason other than I believe in the truth. They despise me at Apple. It’s political. It’s politics.

RUSH: One more thing about this Apple and Foxconn business. Apple is not the only bunch that uses ’em. Foxconn makes things for Samsung. They make things for Sharp, Sony, Microsoft, Nintendo. They make it all. They assemble all this stuff. Apple is the only one being targeted as company engaging in child labor and killing its employees. Now, why do you think that is? Why do you think it is? (interruption) Well, it’s not just that they’re a number one company. These New York Times hit pieces on Apple are to benefit Obama. So the fact that they’re number one is, “Yeah, the number one capitalist outfit! Heartless, cold, calculating.” That’s a big part of it.

It’s also ’cause Jobs isn’t there anymore. They wouldn’t do this with Jobs there. I’ll guarantee you. Anyway, Apple is an American success story, and that’s why. An American success story has to be torn apart for the leftist agenda to advance. Apple must be shown to be heartless and corrupt. It must be shown to be this giant, heartless behemoth that doesn’t care for people at all. There’s even a book out now. Some guy at Forbes has written a book. And I don’t know if this is part of a hit piece on Apple, but it’s got some interesting things in it. It’s about how secretive Apple is and how miserable its employees are, how horrible a place it is to work. Because nobody’s trusted. Nobody is allowed to talk about what they’re doing. Nobody’s allowed to go to a different department and see what’s happening there.

It’s very secretive; nobody’s allowed to talk about anything. In fact, new hires are so distrusted, they are put on fake projects for six months just to see if they’re talkers. They are put on projects that have no bearing, they don’t exist, just to see how they behave. Because in the Apple culture of secrecy, that’s how they keep a leg up on their competition. (interruption) “It’s mean, Snerdley, don’t you understand? It’s mean! It’s mistreating people. They’re heartless and cold and brutal. This is exactly what capitalism is, Snerdley, don’t you understand? It’s exactly that! And that’s why it must not — must not — be allowed to happen!” That’s what’s happening here.