Illustrating Absurdity by Being Absurd with a Former Eastern Airlines Employee

RUSH: To Miami. Don, glad you waited, sir. And you’re up. Hello.

CALLER: Hi, Rush. Thank you so much for taking the call, and good afternoon, and mega dittos from Miami, Florida.

CALLER: Okay, sir, my question is not political, and I apologize for that, but I was working for a major airline like 20 years ago, proudly working, and of course they had some union problems —

RUSH: Let me guess. You worked for Eastern Airlines.

CALLER: Could I say yes?

RUSH: Yeah, I wonder how I knew that. 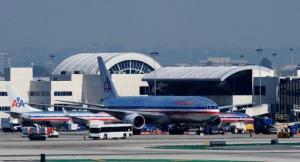 CALLER: Okay, sir, well, let me tell you, I was a proud employee, and 40,000 people lost their jobs. Many of my friends went to American and they clawed their way up for 20 years. I have so many friends that tried so hard. Now, I went to a woodworking shop. I did not do the airline thing. But to tell you the truth, I have a few friends, and with the extra class, the extra baggage, the extra leg space, the early boarding, I just can’t understand how an airline like that, with our high unemployment rate, could put so many people in jeopardy, and I feel kind of bad for them.

RUSH: So you’re asking me why American is laying off 13,000 people?

CALLER: Well, sir, every time I go on a flight it’s full.

CALLER: And, you know, I don’t have to tell you, you fly a lot. I just feel that with all the extra things that they charge for that we didn’t many, many, many years ago, I just can’t understand, and I just feel bad for my friends who have clawed their way up after another —

RUSH: You want to know a little interesting statistic about the airline industry?

CALLER: I find that so hard to believe.

I’m simply being facetious. I know these old Eastern Airline guys. We hear from the ringleader of the Eastern Airlines union. He’s an avowed communist. He lives in San Francisco. He calls us once every two years. He hates Frank Borman. He can’t stop talking about Frank Borman. Frank Borman’s gonna be dead for 25 years, and this guy is still gonna call me. His name is Roger, and he’s gonna be complaining, whining, and moaning about Frank Borman, former great US astronaut. Borman was anti-union, he downsized, union givebacks, they hated him, they despised him, just as most union people, leaders, despise companies.

So this guy calls me, “Why would they fire 13,000 people? Those planes are full, Rush. You see it all the time. I know you fly a lot. And charging for baggage, why would they do that?”

Well, because they hate their passengers, sir. They’re mean, rotten people at American. I betcha if we had a camera on that guy on the other end of the phone, he was probably nodding in agreement with everything I said. The reason he didn’t say anything is ’cause he was so stunned that I was agreeing with him. He called here loaded for bear. He thought I was gonna start ripping into unions. See, this is why I’m host and he’s the caller. The airline industry, I don’t think people have the slightest understanding of the expense involved in maintaining an airplane to fly it. The federal aviation agency maintenance requirements, and there’s far more maintenance for the schedule that a passenger airline must go through to have its planes proclaimed safe, pass inspection, so forth.

So just the amount of money to maintain those airplanes, to keep them approved after rigorous inspections, as often as they’re flown, is astronomical. The reason that the airlines, as an industry, have never made money is because in any given year there are at least one, and maybe two airlines, who have found a way to sell tickets and make money or break even at a price the others can’t. I remember back in the seventies, the airline industry was heavily regulated in favor — I remember a flight from Pittsburgh to St. Louis was 600 bucks, coach. A lot of it was subsidized by the federal government. It was impossible for the airlines to lose money at that time. Not impossible, but they got rid of the regulation, the airlines were deregulated, that ticked off the union people, and that opened up massive competition and fares.

You look at Herb Kelleher of Southwest, what Herb Kelleher does, he buys jet fuel five years in the future at today’s price. He has the ability to do it. Every business is different. If Herb Kelleher decides that he’s gonna give away free peanuts and free cocktails, or whatever he does, and not charge for baggage, and then sell the ticket at $199, the others have no choice. If they’re going to compete, they’re gonna have to sell their tickets at 199 bucks and try to get it back by charging for baggage or what have you. But there’s always going to be an airline or two, regional, small, but that goes enough places to undercut the big guys. That’s one of the reasons. Just the expense, the on-the-ground expense of maintaining a fleet of airplanes is incalculable.

Now, you think, “Well, but, Rush, that’s gotta be factored in the whole cost of doing business.” I’m telling you, they can’t charge enough on their fares to make all this back. That’s why they take airplanes out of circulation, that’s why everything gets full. That’s why you’re flying around in cattle cars. I’m not by any means a full-fledged expert in the airline business and I’m just giving you essentially what are educated guesses as to why the whole industry has never shown a profit in a single year. Now, individual airlines have and do. But the industry as a whole never has. I just think some of the costs are impossible to recoup, at the current — (interruption). I don’t know how an airline can lose $5 billion a quarter and stay flying. That’s above my pay grade. Don’t know it.

You see these numbers, their quarterly losses. Plus I don’t know what about that is genuine, what kind of legal tax machinations that they’re taking in writing off these losses and what their cash flow actually is. But I do know that in the last couple of years, a couple airlines have reported business being good and way up. It’s one of the reasons why they have merged, is to help mitigate some of the costs that they have. But I was just being facetious with the guy when I said, “Well, they’re laying off 13,000 people ’cause they hate people, ’cause they hate unions.” That’s just one of these attempts to illustrate absurdity by being absurd.