RUSH: Now, yesterday, as I mentioned, Matt Drudge posted excerpts from a speech Santorum gave at Ave Maria University back in 2008, and in that speech Santorum said Satan had set his sights on America. You know, I’ve talked about Satan on this program. Well, I didn’t do it on this program. I discovered Satanic messages in Slim Whitman music back in Sacramento. I have my own experiences with the devil. I almost resigned when I found out about this. I was doing a Peace Update, and at the time the Global Peace March was going on for nuclear disarmament. Slim Whitman had a song called Una Paloma Blanca in which he yodeled a lot, which Slim Whitman does in his songs. Una Paloma Blanca, One White Dove, symbol of peace. Remember at the Olympics a couple of them got fried by the Olympic flame? It was Una Paloma Bako. 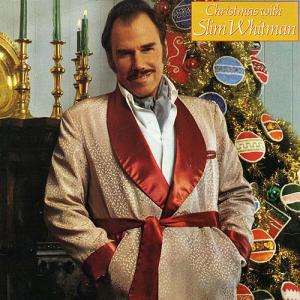 So, anyway, an Ohio minister back then, this is 1986 or 87, Ohio minister said that he had discovered when he played the Mister Ed TV show theme song backwards, there was a Satanic message in it. It was a genuine news story and it didn’t get a whole lot of play, but it got some. I’m in Sacramento, California, and I heard about it, so it certainly leapt beyond the bounds of Ohio. Of course back then nobody ever asked, “How does this guy get the mechanism to play a TV show theme song backwards?” What the Ohio minister claimed was that in the Mister Ed song, one of the refrains or chorus is “A horse is a horse of course of course.” If you play that backwards at the right speed the Ohio minister says what you hear is “S-s-s-s-s-s-s Satan.”

So I said, “Well, what am I gonna do with this? Just report this as it is and move on?” I thought, “Well, I’ll have some fun with it.” So I pretended to have discovered a Satanic message in Una Paloma Blanca when you play that backwards. I can show you what I’m talking about here in just a second. I’d been on the air for two years and the program was very popular, and I had established for the first time in my broadcast career a success track, connection with the audience. And I began the program that day, I sounded very depressed and told ’em that I was probably gonna have to resign because I unwittingly had been co-opted by evil and unwittingly had exposed this evil to the audience. I was thinking very hard about it, but I saw no other proper thing to do other than to resign. But I wouldn’t tell anybody what had happened.

Of course, by design, that created all kinds of curiosity. People started calling the radio station demanding to know. Preachers started calling, their flocks were calling them, what the heck had happened? The devil on KFBK, what’s happening? So I pretended to, under duress, explain what happened. I warned people, “Here I’m a God-fearing guy and the devil had co-opted my program unbeknownst to me. I mean if it could happen to me once, it could happen again. I don’t know that I could ever protect another audience if I went to another station.” And I continued to refuse to play the example of what I was talking about, which just increased people’s demands to hear it, which was the purpose and the design.

And all the while I’m thinking this is gonna establish me. Johnny Carson’s gonna be calling, want me as a guest once I’m finished with this. I figured I was gonna get a week out of this. And the second or third day I pretended to buckle to pressure from the management of the radio station. I said, “I’m being forced, ladies and gentlemen, to share with you this evil. I am told under no uncertain terms that if I don’t do this I will be fired. But I warn you, I wouldn’t listen to this. It’s frightening. It’s shocking how easy this has happened and who knows where else such examples exist.”

I went into the production room of the radio station and we got the Slim Whitman song. We put it in a tape recorder and we recorded it backwards, which is what you have to do. There’s no turntable that plays songs backwards. The Ohio minister had no way of playing the Mister Ed theme song backwards, for example, but he said he found it there. So I had the production director, a guy named Don Wright, record a Satanic message through a device called a harmonizer. Do you know what a harmonizer is, Brian? He’s a broadcast engineer, he ought to know. Harmonizer, you can make your voice sound like anything you want. You can make it sound like a chipmunk. You can make it sound godlike. Whatever you want your voice to sound like. So he recorded the Satanic message and then under duress I explained to my audience what had happened here and how we discovered it and that I didn’t think that I could be their host anymore because of this. I played it and said, “This is very, very, very bad, folks, dangerous. I’m reluctant as I can be to play this for you but I’m being forced to. So please exercise great caution.” And this is what they heard.

RUSH: Okay, so we played it, and I let it go for three minutes, the length of the song and let that message pop up three or four more times. And while it’s playing I am splitting my gut laughing. It’s been three days now, people have been demanding to hear this. Church ministers have been calling the radio station. The manager of the show, “How long are you gonna go?”

“You gotta end it fast. We can’t handle this anymore.”

So while it’s playing and I’m laughing myself silly, I look across the glass to Kitty O’Neal, who’s the call screener, and she’s got a look of panic on her face, and she buzzes me on the intercom and says, “They believe it.” The people calling wanted to go on the air and ask me if there were any more Satanic messages in other Slim Whitman songs, that they had other Slim Whitman albums. So I had to make an adjustment on the fly. I thought I was gonna be getting phone calls from people, “This was really funny, why, you pulled a good one.” Ninety-nine percent of the calls believed it so I had to talk to people. I took some calls and a guy said, “I have every Slim Whitman record, what should I do?”

So I asked him, “What year was your turntable made?”

“So you mean if I go out and buy a newer turntable?”

“Yes, sir, you can. Go over to Philco –” they were our sponsor “– go buy a new turntable.” People believed it. And that was an educational thing for me, too, in a lot of ways. But I’m just telling you, I have experience with devil things.