An Assault on the Symbols of America

It was an actual flag. They have taken an American flag, they’ve taken the stars out of it, and in the blue rectangle where the stars are they have put a picture of President Obama. There seems to be a war on the symbols of America. And in the case of the bald eagles, it’s a shooting war! You can shoot bald eagles and now Obama’s face is on an American flag at Democrat Party headquarters in Lake County, Florida. Now, it should be noted, the Obama flag was being flown there for several months before anybody complained about it. I mean, for crying out loud, you would think that a Cuban flag or a picture of Che Guevara would be enough for ’em. But no! They had to go further. They had to put Obama’s picture on the American flag.

RUSH: Lennie in Winston-Salem, North Carolina. Hi and welcome to the program.

CALLER: Mega dittos, Rush. Good afternoon. How are you, sir?

CALLER: Great. Look, I was calling about the fact that our president demonstrates so much how he disdains our country, how he disdains God. First of all, I’m from Winston-Salem North Carolina and I was telling your screener that I’m part of Native American and for him to ask or give us permission — those of you that are Native Americans — to kill the national bird is a disgrace. He is the most ungrateful, unthankful individual I’ve ever just come across, and I was telling your screener that I just cannot believe that people aren’t paying attention to this. The things that we’re supposed to reverence in our great country, this gift that we were given from God Almighty, he wants to destroy!

He wants to wipe his you-know-what with our Constitution, he wants to kill you’re national bird, and he’s returning gifts, you know, to the British as far as Winston Churchill. This man, he’s got to go, and I want everyone in the United States that has blood flowing through their veins to stop looking at the color of his skin and listen to what he’s saying. You know the old adage, “Believe none of what I say and half of what I do”? All we gotta do is examine what this clown is doing, and he’s ticking me off as an individual. And I thank you, Rush, that you give each and every one of us Dittoheads a platform to express our disdain and our anger for how this ungrateful man is tearing up our country!

RUSH: Now, why do you think that Obama, out of the clear blue, wants to grant permission to a native tribe — I think it’s Wyoming, wherever. Why does he want them to have unique, special permission to shoot and kill a bald eagle?

CALLER: You know, as I was trying to say —

RUSH: ‘Cause there is an answer to this. I’m gonna give it to you, but I want to see what you think about it.

CALLER: Well, I’m thinking that he will… He’s out to take and to measure what is really truly precious to all of us, and if he can get us to destroy that thing that we hold dear — and you know that Native Americans hold dear the eagle, because it soars like no other fowl. No other bird in creation. And if we can bring that down, and if Native American people can turn on that, then what do we really hold dear other than the government? 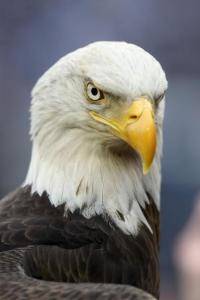 Obama wants a constitution where the government is supreme and paramount, not the individual. And so he wants to establish separate laws, depending on which tribe or which race you happen to belong to. The Constitution is a rich white man’s law. This is all part of it. It’s the core philosophy of “Critical Race Theory,” which is the subject that the Breitbart people are examining with their videos of Derrick Bell from Harvard who Obama supported, and Soledad O’Brien… (chuckling) Poor Soledad! She doesn’t know what she’s talking about ever. She’s a Harvard graduate. She’s being criticized on Twitter, Facebook, or wherever for the first time in her career.

She doesn’t know how to deal with it. She begging people to stop sending her critical tweets. It’s kind of laughable. Here’s a woman protected by the bubble that surrounds all these mainstream liberal journalists. They’re immune from criticism. They are never criticized, at least to their face. I mean, she knows there are people out there that rip her for being part of the liberal media, but they laugh at that. But now, this personal stuff! People tweeting, questioning her authenticity, questioning her knowledge? Oh, that’s not done! And it’s all over Critical Race Theory. But why…? Are the Indians clamoring, the Native Americans of Wyoming, clamoring to be able to shoot the bald eagle? If they are, I’m unaware of it.

I don’t know that they’re not doing so, but Obama has granted them permission to kill the bald eagle, and it does happen to be the national bird. So Obama has to know that there are going to be people who react to this in an entirely predictable away. And it’s an unfavorable reaction to him. He’s got to know this. So I think it’s a little bit of a goose. I think it’s a little bit of the attempt to establish separate laws. Certain tribes, certain races can do certain things that others can’t. And, by the way, rich white man’s law, that’s 1% versus 99%. That means that 99% have been victimized by rich white guys from the founding of the country.

It’s time to get even with the rich white guys, and everything descends or flows from that. (interruption) Okay, it was the Northern Arapahoe tribe that filed a federal lawsuit last year contending that the refusal to issue permits violates tribal members’ religious freedom. So apparently some of these Northern Arapahoe Native Americans are making a religious claim to be able to kill the bald eagle. And, of course, Obama — recognizing that rich white man’s law denies them this religious freedom, is stepping aside. “Oh, okay! It’s part of your religion to kill the bald eagle? Well, here you go! I’m gonna sign off on permission.”

That’s really what this is about.

RUSH: I’ll give you more details on this Northern Arapahoe Native American business. The story is in the New York Daily News. The headline: “Northern Arapahoe Indian tribe gets right to kill bald Eagles — A pair of Wyoming bald eagles now qualify as a really endangered species. The Northern Arapaho Tribe secured an extraordinarily rare permit from [Obama’s] US Fish and Wildlife Service allowing the Native Americans to kill two of the national birds for religious use. The national agency, in a 2009 report, said it has never issued a license for the killing of a bald eagle — making it likely that the tribe was the first group to ever get the legal go-ahead.

“The highly unusual decision came three years after the tribe’s initial request to kill two of the eagles. The ruling could defuse a federal lawsuit filed last year by the tribe in the flap. Federal law bars the killing of any bald eagle under almost any circumstance. The Wyoming tribe argued that the ban was a violation of their religious freedom,” and here’s why: “Eagle feathers and body parts are often used in tribal rites, and the Arapahos use the bird in their Sun Dance. A tribal member was arrested for killing a bald eagle in 2005, setting off the legal battle.

“The federal government keep[s] a repository of eagle feathers and body parts for use in tribal rituals, although the Native Americans must file an application for their use. The process was considered demeaning by some Native American groups, including members of the Northern Arapaho Tribe. ‘How would a non-Indian feel if they had to get their Bible from a repository?’ Northern Arapaho leader Nelson P. White Sr. asked after a 2007 court hearing.” Well, did you know that eagle feathers and body parts are kept by the government for use in religious ceremonies? I didn’t know that. Then I didn’t know that that was unacceptable to the Northern Arapahos, that they felt it was demeaning to ask the government for the body parts and feathers.

So they wanted to kill a couple birds to get the stuff themselves, and the regime has granted permission via the US Fish and Wildlife Service. And again, folks, what this is about is President Obama seeking to establish separate laws. Depending on which tribe or which race you belong to, you’ll have special circumstances, waivers from law or certain favors granted to you. And this is all part of Obama’s disdain for the Constitution, which, to him (and many other left-wing liberal Democrats) is consider rich white man’s law. Can’t have that. So Obama has found a religion here that he supports.