RUSH: You want to hear something funny? CNN. By the way, two weeks ago, they hit some sort of record low in the ratings. Their highest-rated show was this guy Piers Morgan, the import from the UK. I read a story. If you go to the UK and you mention Piers Morgan, everybody starts laughing. Apparently he’s discredited for whatever his antics were there. So it makes total sense. I mean, CNN hires Eliot Spitzer, they hire Piers Morgan, they hire goofballs.

Now it turns out last week CNN’s ratings practically hit an all-time low, a 20-year low. CNN goes back to the eighties when they started, and you have to wonder. The executive team at CNN never changes. Now, news directors come and go. Those are the people that get fired every three to five years when nothing changes. But people hiring the directors of news never get fired, never get moved out. It’s the same executive team for the last ten years, during this plummet.

This may be one of the reasons why. This is yesterday morning on CNN’s Starting Point. Their Business Correspondent was trying to explain to the remainder of CNN’s viewers what private equity firms are, and she said: Basically it’s rich people investing with other rich people to make evil money. And she agrees with Obama that this is what the election is all about. It’s Christine Romans, and this is CNN telling what’s left of their audience what private equity is.

ROMANS: Translation: “It’s rich investors, wealthy people who pool their money together to invest in companies. Anything that can make them money.” It’s about making money! Often they zero in on failing companies. The private money comes in and restructures, sells divisions, closes failing parts, and reaps the benefits from the good parts. That, in its essence, is what Mitt Romney and President Obama are fighting about: Whether Mitt Romney just tried to make money. Romney says making money makes jobs. It’s impossible to know how many jobs were created or lost, because private equity (snickers) is private. But Mitt Romney’s entire career is built on the private equity business, and that’s what this election is gonna be about: Who is better at creating jobs, the capitalism of Barack Obama or the capitalism of Mitt Romney? 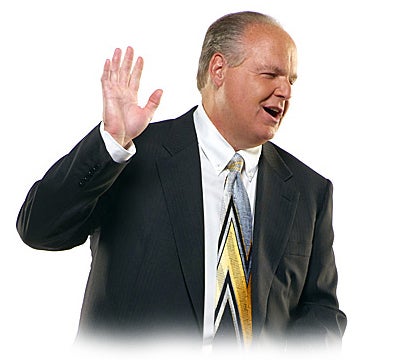 RUSH: Well, if that’s the question, Christine, it’s over, because Obama isn’t creating jobs. (laughing) Obama is not a capitalist. The capitalism of the Barack Obama or the — By her own definition, private equity swoops in and tries to save failing companies. One of the reasons why is you can get them cheap. You move in and you get rid of why they are failing. Christine, they’re failing! If Bain or some other private equity firm didn’t move in to try to save them, they’d go belly up and everybody there would be out of work. So Romney or Bain — and again I must stress that the ad Obama ran criticizing what Bain was doing, Romney wasn’t there. He’d been gone two years.

Christine, I’m gonna tell you: If it keeps up, CNN’s gonna need a private equity firm to come in and bail it out and save it. Your job, Christine, may depend on a private equity firm down the road. You never know. But, by definition, private equity comes in and buys failing companies. Why? Not to hammer the final nail in the coffin. They want to save them. Now, they’re already failing. There are reasons they are failing. I’m sorry for sounding like I’m teaching six-year-olds. It’s the CNN audience here I’m talking to. A failing company, it’s failing for specific reasons. If you want to save the failing company, you change what’s failing. You close it down, get rid of it, or whatever, and you focus on whatever strengths there are, and then you build it back up. And in the process, some people and some divisions might be shut down and people lose their jobs, but if not for the private equity firm moving in, everybody would lose their job.

And you know what else happens, Christine? Recycling. Yes. The private equity comes in and they have to obey federal rules, and they recycle. And they pay special attention to how they take care of their trash and junk. And they have to obey environmental laws and rules. And the reason they do this is to turn a profit on the company, which is how a company’s success is determined. If there are profits, it succeeds. If there are no profits, as in the case with Obama’s bailouts like Solyndra and General Motors, all this green energy, Christine, every industry or business Obama’s tried to bail out has gone bankrupt, after they’ve sent their donations to him. The capitalism of Barack Obama. (laughing) And Romney’s not even at Bain when all these attacks are going on. I don’t know. I just find it hilarious.