The Democrats and No-Show Jobs


RUSH: Harry in Richmond, Virginia. Welcome to the program, sir. Great to have you here. Hi.

CALLER: Hi. How you doing?

CALLER: What I’d like to know is what Obama has to do with the local firemen and policemen payments. I was a city councilman for 16 years in a small town. I don’t ever remember getting a payment from the federal government to pay these salaries to these people.

RUSH: That is precisely the point. Obama and Axelrod running around, “The economy needs more jobs teachers, firefighters, and cops.” Those are municipal jobs. They’re not federal jobs. That’s why I said earlier in the program, Harry, that what Obama’s really talking about with those jobs is more bureaucrats, more administrators, more regulators. He’s not talking about uniformed cops. He’s not talking about classroom teachers. Those are just terms that he’s using to soften the public and to appeal to the public’s emotions, tug their heartstrings. What he really wants is more bureaucrats, more regulators, more diversity coordinators and this kind of thing. He wants more federal employees that are exerting power.

CALLER: Yeah, I have a little experience with that. In 1955 I worked in the local office of the Social Security. The county was a population of 180,000. We had ten employees. Today with 140,000 in the county, they have 30 employees. And at the time I was the only one with a college education in there. I quit. I coulda done that job in ninth grade. And the thing is, we had —

RUSH: (laughing) Coulda done the job in the ninth grade.

CALLER: Yeah. It would have been a little peculiar having a 14-year-old interview 65-year-old people. But we’re doing the same thing as they’re doing today except they’re doing Medicare today. And with all the computers and everything, they shouldn’t have more than 12 people working in there. And you can imagine in a small Podunk town with that many people working, what’s happening in these big areas where they have these big offices and multiple offices, how many people they have working that they don’t need. So they just have been padding the payrolls for years. Another thing about payments from the government. I was in there when Carter was president. And we had a work program that the government put to us, $50,000. And they gave us choices, and it finally ended up that we could plant trees in our park. Well, our town is practically in the middle of the Appalachian mountains. (laughing)

RUSH: Trees you don’t need. You got plenty of trees. You didn’t need federal appropriations for trees. Yeah, I get it. Make-work, pad the payroll, grow government. That’s the point. Doesn’t matter what the jobs are. It’s an emotional linkage when you say we need more cops, teachers, and firefighters. It’s the same thing in reverse, when a city, a municipal malt is facing budget cuts, what’s first thing they tell you that they’re going to eliminate? Police officers. No! No! I don’t want more crime! And next the teachers. No! I don’t want my child to be uneducated. And then we’ll have to get ride of the firefighters. Oh, no, I want my house fire put out! No, no, don’t cut the budget! That’s how it works.

By the same token at the other end of the scale, when you want to tug at people’s heartstrings and get them to go along with expansion of government, you get the same thing. More teachers? Wonderful for my kiddies. More policemen? Oh, wonderful for my security. And more firefighters? Wonderful for my house and my barn. And it’s all a ploy. But it’s exactly right. Obama doesn’t pay for it. These are not even federal jobs. Clinton was the first to really popularize this with his hundred thousand cops. And here’s how that program worked. For the first year or two, the federal government would pay a local community if they went out and hired more cops. And then after that they would pay less and less and then after a certain number of years, I think it was only five, and maybe even less than that, the local community would have to pay totally for all the new cops that had been hired, which would mean they’d be fired. They didn’t have any more money when they ended up those five years than when they started. It was purely a political ploy.

Michelle Obama is a great illustration of this. Michelle Obama had what’s popularly known as a no-show job. Her husband, Barack Hussein Kardashian, was state senator from Illinois. And they needed money. They had a ripe political future, they were well chosen in the Democrat Party, but they never had a lot of money. So her husband gets this powerful gig as a state senator, and she ended up being hired as community outreach at some Chicago hospital, $370,000 a year. It was basically a no-show job. She didn’t have to go to work. She did now and then. When she left, they did not bother to replace her. They just did away with the position. She was hired by that guy who’s now considered to be Obama’s best friend. Might have been Rezko. It could have been Bill Ayers. 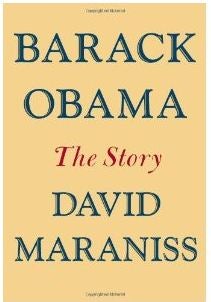 While she was there, she did do some work. And while she was at the hospital, she was instrumental in reforms at the hospital, policies, that turned away poor people and sent them to other hospitals so the hospital she worked at wouldn’t be negatively affected financially. Yeah. It’s called dumping. Sweet Michelle did that. Sweet Michelle, not by herself, she wasn’t alone, but she supported the policy that sent people unable to pay to different hospitals when they showed up at the one she worked at. The indigent, the poor, the thirsty. Yes. The 99%, the people hardest hit. Women and children. Minorities. Martians. I mean, you name it, they were turned away.

He and Obama had been buddies since they were at Harvard, and Ed Klein claims that Whitaker offered Wright 150 grand to stay silent ’til after this election was over. Reverend Wright refused Whitaker’s offer, according to the story.