If Obama is Bad for Democrats, How Can He Be Good for America?

RUSH: Okay, folks, a question here. If Obama, President Kardashian, if he’s not good for Democrats, how can it be argued that he’s good for America? And it’s becoming patently obvious that President Kardashian is not good for Democrats. We’ve got seven or nine prominent Democrats who’ve announced that they’re not gonna attend the Democrat convention in Charlotte, and the most recent prominent big name, Claire McCaskill, senator from Missouri, who, among all the people not showing up, is probably the biggest, most loyal, most loud, vociferous advocate for Obama and everything he’s done. And she’s staying home in Missouri. 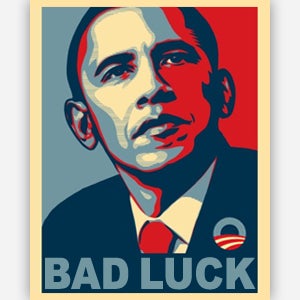 Then there’s this. The top Democrat in charge of getting other Democrats elected to the House — his name is Steve Israel. He runs the Democrat Congressional Campaign Committee. This guy is urging his party’s candidates to steer clear of the national convention later this year. Steve Israel, the chairman the Democrat Congressional Campaign Committee, offered this warning, this suggestion during a Reuters Washington summit yesterday. According to Reuters, Steve Israel said of Democrat congressional candidates, “If they want to win an election, they need to be in their districts.” Now, this is said to the State-Controlled Media by the House Democrat campaign chief. Obama says he’s one of the country’s four greatest presidents. Obama is not good for the Democrats.

There is — so far — a white Democrat protest of the first black president within the black president’s own party. Nine white Democrats — among them, at least a couple of white women — are telling everybody they’re staying home. They’re getting nowhere near the Obama convention. Now we have Steve Israel, who runs the Democrat Congressional Campaign Committee, who’s in charge of getting Democrats elected in the House, now we have Steve Israel using code language to suggest that more whites stay away. “If they want to win an election, they need to be in their districts,” Israel said. Segregated from the Obama convention, segregated from Charlotte, North Carolina, where there are no unions. Segregated from the biggest party the Democrats throw every four years. We’re talking, what’s the number of House Democrats? What is the number? There’s 435 total, plus, if you throw Eleanor Holmes Norton in there, the delegate from DC, it’s more than that. Let’s say 440 just ’cause you got some people in there from the territories that don’t really get votes but they show up and get the benefits.

We’re talking hundreds of Democrats. Now, the usual attendants at a convention’s 4,000 or so. So it’s not that they’re gonna be noticed, in terms of numbers. But I don’t recall this. I’m 61 years old — I don’t look a day over 60 — and I don’t recall at any time in my life people being told to stay away from a convention, even during the Nixon era. I don’t recall that and the premise, you want to get reelected, stay home, don’t get anywhere near Obama? It’s four days. You can’t take four days out of your campaign, you can’t make your — (interruption) well, that’s right, it’s three days. They cut a day. They zapped the race track. (interruption) Well, they didn’t cut any of Obama’s stuff. (interruption) Yeah, but they didn’t cut a day from what Obama’s gonna do at the convention.

If they cancel the Greek columns and if they cancel Bank of America Stadium, then we’ll have something. (interruption) But I have to say, you have a point. All the white presidents have four-day conventions. The first black president, you’ve got nine white Democrats, don’t want near the place. You’ve got a day taken away from Obama. He gets a three-day convention. The other white presidents have all had four days. I know.

RUSH: Steve Israel, the chairman of the Democrat Congressional Campaign Committee, said that he’s asking Democrats running for reelection, 241 Democrats in Congress, in the House and Senate combined, 241 of ’em. He’s asking if they’re running for reelection, not to go. He said he had to do this to avoid turning off the independents. It’s what he said. Now, my question is, if Obama isn’t good for Democrats, how in the heck can it be argued he’s good for America.

RUSH: Steve Israel, the chairman of the House Democrat Congressional Campaign Committee, said a trip to Charlotte, yeah, it might be interesting, but why leave your districts? He claimed that Obama’s approval ratings had little to do with the guidance. Chris Van Hollen, the former head of the Democrat Congressional Campaign Committee, offered similar advice to candidates 2008. It’s no big deal. I don’t remember that. Democrats avoiding the convention in 2008, the first Obama convention? 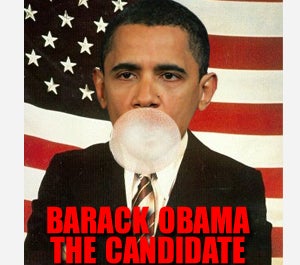 At any rate, greetings, my friends, great to have you here. Rush Limbaugh, the Excellence in Broadcasting Network. The telephone number is 800-282-2882, and the e-mail address, ElRushbo@eibnet.com.

Can these people in these congressional districts not get along without their member of Congress for four days? I remember I took a trip when I was back in Sacramento working at KFBK. I took a listener trip to London. And while there, my good friend Professor Hazlett — who, by the way, Professor Hazlett has a brilliant piece in the Wall Street Journal on why the iPhone is the success story that it is, and it basically is a tribute to capitalism, this piece that Professor Hazlett wrote. Anyway, Professor Hazlett had a friend who was a member of parliament, and he said for a couple shots of Glenmorangie, this guy will come up and probably give a talk and answer some questions to your guest. I forget this guy’s name. He was a member of parliament.

And I thought, my gosh, what is this? And all he was saying was he had to get back home. His constituency was a location, but I thought it was his voters, his people, the people that lived in his district. And it created in me this impression of helpless waifs who literally were screaming with their mouths open unable to do anything until their member of parliament got back. And I’m getting the same feeling here, this Israel guy is telling all these Democrats, “Don’t get anywhere near Charlotte, stay in your district.” It’s three days. They took the race track out of the convention. They said they’re $27 million in debt, which I believe. But the truth of the matter is, all of the media and half the Democrats looked at the itinerary and said, “You’ve got us going to a race track? Screw that. We’re not gonna get anywhere near a race track.”

So they canceled the race track day at the convention, so it’s down to a three-dayer. The Democrat convention is in September this year. The Republicans’ is in August. But I find this incredible, actually urging members of Congress to avoid the convention. If Obama’s not good for Democrats, how could he be good for America?

A Democrat has said that he’s gonna vote “yes” on contempt of Eric Holder. That’s also gonna happen tomorrow. There’s gonna be a full vote in the House. September 3rd through the 6th is the Democrat convention. The Eric Holder contempt vote will take place in the House. The House will vote him in contempt. The Republicans have a majority there. “Rep. Jim Matheson (D-Utah) on Tuesday became one of the first Democrats to publicly declare he will vote to hold Attorney General Eric Holder in contempt of Congress, breaking from his party on what is expected to be a mostly party-line vote Thursday.”
So this makes it bipartisan. One vote from the outside party meets the Obama definition of bipartisan. But here again, folks, it’s left to me to voice what others only see, and that is a white Democrat will vote to hold the black attorney general in contempt along with all the other Republicans and the Uncle Toms. Nine Democrats publicly announce they’re not gonna go to the convention. Nine white Democrats are not gonna go to the black president’s convention, which has been shortened by a day. White presidents in the past have all gotten four-day conventions. First black president is getting a three-dayer. The race track canceled. The chairman of the House reelect committee telling other Democrats, don’t dare show up. It was Michelle Obama who first announced that Charlotte, North Carolina, had been chosen as the site for the 2012 convention. I don’t know if she decided, but she announced it.

RUSH: Three more House Democrats have said they will vote to hold Eric Holder in contempt, three more. That’s a total of four House Democrats. I think they’re probably all white racists, so you know how it goes, and not going to the convention. Well, you oppose Holder or Obama, aren’t you racist? Isn’t that what they tell us?