RUSH: Folks, the next caller wants to try to help me through my dictation problem here on my iPhone 4S. I realize this is kind of like talking about golf to some of you. “Stick to the issues!” But, believe me, it’s one of my passions here. So indulge me. This is Sean in Bloomington, Minnesota. What’s up? What, what, what, what what’s the story?

CALLER: Basically the way Siri works is there’s an activation ticket that gets sent to your phone every day. My guess is for some reason that’s expired, and it’s not getting renewed. The easiest thing you can do is go into Settings and then General and Siri and turn it off right there.

CALLER: Then reboot your phone, go back into Settings, and turn it back on.

RUSH: You know, I thought about trying that, but when you try to turn Siri off it says, “We’re gonna take your kids and a bunch of other stuff, and it may be awhile before you get ’em back if you do this. Are you SURE you want to turn it off?” (chuckling)

RUSH: Okay, I’m gonna try that right now. You turn Siri off then shut down the phone?

RUSH: And then turn Siri back on?

CALLER: Turn Siri back on.

RUSH: What do you do for a living?

CALLER: I work with my father in a small business.

CALLER: No, it’s just a hobby of mine on the side.

CALLER: Yes, I’ve had it happen a bunch of times. I’ve actually built servers to do what Siri does, but it doesn’t go through Apple.

RUSH: Well, now that’s fine for me. This is not that problem. Although Siri is working and it’s the dictation that’s not, it’s all the same thing.

RUSH: Okay that’s fascinating. So you just figured this out on your own because it’s a hobby of yours?

RUSH: Really, when you turn it off you get a message: “If you do this, you’re gonna lose everything Siri knows. It’s gonna be a while before it all comes back.” And I thought, “Well, I’ll try everything before I do that.” But, on your advice, I’ll do it even as we speak in the next commercial break.

RUSH: Now, how Applized are you? You have an iPhone obviously, right?

CALLER: Everything I own is Apple, practically.

CALLER: If they make it, I’ve tinkered with it, Beta-ed it, anything you can imagine.

RUSH: Well, you have an iPad?

CALLER: I do have an iPad. My wife doesn’t.

RUSH: Well… Ho! Wait. Do you have a new Retina 15-inch MacBook Pro?

CALLER: I do not have one of the new MacBook Pros. I’ve wanted them and looked at them and drooled over them in the stores but haven’t had the cash to buy one.

RUSH: Well, I’ll tell you what. You stay on hold, and I will try your suggestion, and if it works I will send you a 15-inch MacBook Pro. I’ve got three of them sitting in there. I’ll send you one. You’ll have it tomorrow if it works, if your idea works. Are you game to try that?

CALLER: I am. I hope it works.

RUSH: I bet you do. (laughing)

CALLER: I have a couple other tricks that you could do, too, that aren’t the number one fix.

RUSH: Ohhhh, okay. All right. Well, I’ll play. I’ll play. So you hang on. This is Sean in Bloomington, Minnesota. You hang on. I’ll try this during the break, and if it works, you get the MacBook. By the way, your drooling is very justified. This is the fastest computer they’ve made. It’s the best computer they’ve made. The display will take you a while to grow into it, but there’s nothing like it out there. Okay, Sean, hang on. Thanks for the tip. That makes sense. My Siri ticket has expired. My certificate’s expired and I’ve got to restart it. I’ll try it. That sounds like it’ll work. 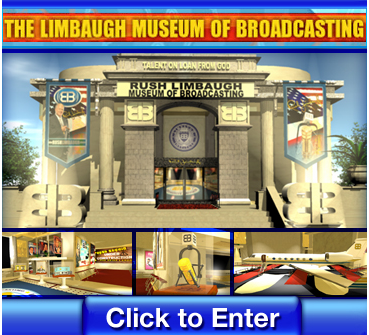 RUSH: All right, I have tried Sean’s method twice. I went in and disabled Siri. Shut the phone down, rebooted, enabled Siri, and it still isn’t working. There’s a real anomaly here, too. For those of you familiar with this, the alert tone you get when you either use Siri or hit the dictation button, my alert tone is half as loud, if that, as when it’s working normally. Now, what happens, your dictation’s sent to Apple servers. They transcribe it as text and send it back to your device.

It’s amazing. I mean literally what they’ve done is stunning. This happens in split seconds. But I got a server problem here ’cause I’m not getting anything back, and I don’t know if what I’m sending is getting to them. So now what do I do? Sean, I told him I’d send him a new Retina display MacBook Pro 50 if it worked. Snerdley’s being a hard guy. See, if I wanted to go the Obama route, I’d say, “Oh, well, I’ll give it to him anyway, even though that wasn’t the deal.” But he said he had other ideas if this didn’t work. So we’ll maybe see if we can get back in touch with him.

RUSH: Okay. So we’re gonna try again. We’re now back with Sean in Bloomington, Minnesota. Sean, I’ve tried it three times to no avail. I don’t know if you heard me say I’m running Beta on this.

RUSH: You heard that. Okay. I don’t want to be too loud about that if you get my drift here, but I’m running Beta. I’m running Beta 3. It worked for two days and then stopped. I’m running the same Beta on an iPad, no problems whatsoever. It’s just this one phone that is the problemo.

CALLER: I did look online a little bit while I was off when you were still on break and everything. There have been rumors from a couple people that I’ve seen that are big names in the iPhone world that have said Siri on iPhones iOS Beta 3 doesn’t work the first time when you install Beta 6. A lot of them have said if you restart and reinstall Beta 3, it should fix the problem.

RUSH: Yeah, that’s the last thing I was looking to do.

RUSH: That’s a pain in the rear.

CALLER: That was gonna be your last ditch. You wouldn’t want to do that.

RUSH: Well, it’s a three-hour project to do that.

CALLER: Yeah, exactly. But there’s one other thing I had that I’m praying will work ’cause I would love a MacBook Pro.

RUSH: (laughing) What is it?

CALLER: If you go into Settings and then General again, down at the bottom there’s Reset. If you Reset Network Settings, it could just be there’s something blocking the connection to Apple, and that resetting the network settings could free up that block.

RUSH: Well, yes, yes. I could do that. I’ll try it. I’ll lose all my network passwords, but that doesn’t matter, I’ll have to restore them.

CALLER: That’s the only thing you’ll lose is your Wi-Fi passwords that you entered.

RUSH: Okay, I’m doing that now. We’ll see what happens. So, Sean, hang on here. Don’t hang up. Can you hang on?

CALLER: I can certainly hang on as long as you’re willing to have me.

RUSH: Well, it’s not gonna be more than five or six minutes. I just have the rest of the show to do here.

RUSH: Okay, Sean are you back? You there?

RUSH: I reset the network settings, I reestablished the password for the local Wi-Fi network here, and still it doesn’t work. However, since you eventually did tell me what will no doubt work, but that I had been putting off (and that is a clean reinstall of the damn thing), I’m gonna send up the Retina MacBook Pro since you did know what it ultimately would take to fix this.

RUSH: I just wish your first idea had worked. I hadn’t thought of that. Well, I did think of it, but I thought it would be a hassle. It turned out not to be. Anyway, I appreciate your assistance. I’m glad you took the effort. Here’s a guy who recognized my passion and tried to help me. I like that. So, Sean, you’ll have your 15-inch MacBook Pro Retina display via FedEx tomorrow.