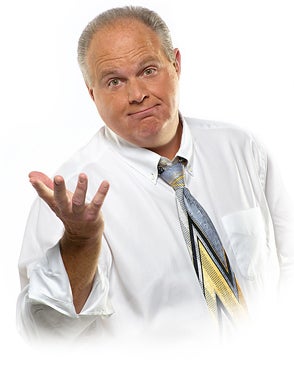 RUSH: You’re going way, way back. We had a young man call here some weeks ago and wanted to know why there’s more air in a potato chip bag since Obama was elected.

CALLER: It’s there for protection. Obama didn’t do it.

RUSH: The air is in the bag for protection?

CALLER: Yep. Simple as that.

RUSH: Okay. Keeps ’em from being crushed and stuff?

CALLER: Yes. The air takes up the weight of the ten pound weight rather than the chips taking up the power of the weight.

RUSH: Okay. So all that air in there is like a cushion?

RUSH: So that when you finally get that bag of chips home, they’re not crumbs?

CALLER: You got it.

CALLER: You got it. Thanks again.

RUSH: You’re welcome. That’s an Open Line Friday call. Is that it? Three weeks ago a nine-year-old called here, wanted to know why there’s more air in a bag of Lay’s potato chips since Obama was elected. And he thought there might be a conspiracy. And of course I furthered his thinking in that regard. When you got a nine-year-old, you take advantage of it. And so this guy’s calling to throw cold water on all the hard work that I did. He said no, Obama’s got nothing to do with it. He was 12 years old. Twelve.