RUSH: Folks, I don’t know. What I have to tell you today — I don’t look at it as reporting, I guess it’s what I do — but what I have to tell you is not gonna make you happy. But beyond that, it might really tick you off. But it’s what’s happening, and therefore we gotta deal with it as it is, and that’s what we’re here for, and one situation or another, and for one reason or another, other reasons we’re here as well, but it’s great to have you. We’re here at 800-282-2882. The e-mail address, ElRushbo@eibnet.com. 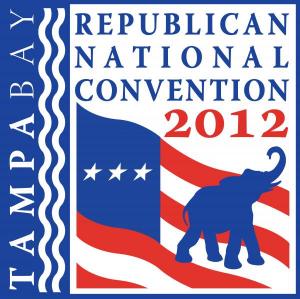 Along those lines, Mitt Romney has told The Politico what the convention theme is gonna be. The convention theme is gonna be “Obama’s a nice guy, he’s just incompetent.” That’s the theme of the Republican convention. Obama’s up 22 points, and he cares about you. (interruption) What? That is the theme. It’s almost word-for-word what the theme of the convention’s gonna be. Obama’s a nice guy, but he’s incompetent. The theory is that the convention will attract people paying attention to politics for the first time all year. And the people who are already paying attention already know what a slimeball Obama is so they don’t have to be told. The theory is that people tuning in for the first time don’t want to hear a negative tone.

So it is apparent to me that the Republican establishment running this show does not think that we are in a defining moment in America. This is just another election cycle. The Democrat national convention theme is Romney killed the guy’s wife. Our theme is, Obama’s a nice guy, he’s just incompetent. And Romney says, look, I’m who I am. I don’t rip into people. I’m not gonna start ripping into people now. I am who I am.

RUSH: F. Chuck Todd… I warned you people. I warned you on Friday. I might have even warned you on Thursday. And on Saturday and Saturday night, I’m warning my friends. And, lo and behold, it’s as I said! F. Chuck Todd of NBC: The memory of Hurricane Katrina and Bush’s failure to deal with it has a cast a pall over Tampa. Because this hurricane, Isaac, is headed right for New Orleans as a Cat 3, and it’s now being written about the track: “Why, it’s almost the same! And it’s the seven-year anniversary. It’s the same track!”

The media’s going nuts with how history is repeating itself almost verbatim. And I discovered that this was happening Saturday night.
I’ll tell you the story when we get back, and we’ll discuss the theme of the Republican convention: “Obama’s a nice guy; he’s just incompetent.” Nice guy. Just incompetent. And Obama leading in the NBC/Wall Street Journal poll. Question: “Cares about you?” Obama plus-22 over Romney.

RUSH: Also, people are e-mailing me. “Rush, I’ve read that Politico piece. I don’t see anywhere in there where Romney has said that the theme of the convention is that Obama’s a nice guy but a failed president. I don’t see that in there.” It doesn’t specifically say that. There’s a method to my madness here. Just stick with me on this.

RUSH: From the Politico story, some people are telling me, “Wait a minute, I read that story. There’s nothing in there about Romney saying Obama’s a nice guy, just incompetent.” Here’s the reference. This is what the article says. It’s a quote of a Republican official, unnamed. “To press the point, he said the GOP would even try to turn ObamaÂ’s still-high personal favorability rankings back on him at its convention this week, by making the simple case to voters: nice guy, failed president.”

Now, Romney’s not the one quoted as saying that, but a high-ranking official describing the convention theme is describing what the intent of the convention is. And, you know, Bob Dole is out there with all this, “Republicans need to get more mainstream. They need to do what I did,” which was lose. Make no mistake, I mean the people running the show do not want — I mean, they’d love to bring Obama’s personal likability numbers down, but they don’t know how to do it. They don’t quote Romney. That’s their characterization of what Romney said. But they don’t quote Romney as saying that. But Romney has said it on at least two occasions in the campaign that Obama’s a nice guy, he’s just in over his head. And he’s made it plain that that’s gonna be the way he’s going to go after Obama.

Look, Romney, the Republican establishment, whatever, they don’t think there’s anything to be won by being critical of Obama. They just don’t. And so they’re not gonna be. They’re gonna tackle this mess we’re in by just saying he doesn’t know what he’s doing, he’s wrecking the country. I hope they don’t go so far as to say, “He’s trying his best.” I hope they don’t say that. But what they’re gonna say is, “He doesn’t get it.”

Now, Romney has said, in addition to this, that Obama’s experience is not the American experience. And that’s true. And, boy, if there’s one point that Dinesh D’Souza’s movie makes, it’s that. The 2016 movie that played in a thousand theaters has shocked the Hollywood media because it’s doing so well. I think it came in number three over the weekend, maybe four, right in the area where I thought it would and so predicted. The great thing about the movie, one of Dinesh D’Souza’s best lines in the movie is that he made the mistake when he was initially assessing Obama, he said, (paraphrasing) “We try to look at Obama within the context of American history, and he doesn’t have one. Obama doesn’t have an American history to be compared against.”

And by that, D’Souza means that the people who have influenced and mentored and taught Obama have had a global view of this country, which is that it’s unfairly large, unjustly a superpower, that it has cheated and stolen its way, the nation has, to its status, and some of this needs to be given back. Some of what we’ve taken from around the world needs to be given back. And, by the way, the same thing applies to the successful in this country. They have not acquired their wealth in a just and fair, quote, unquote, manner. And it needs to be given back, too. He said, (paraphrasing) “The way to understand Obama is to understand the way that people who really are not too crazy about this country around the rest of the world look at it, and once you understand that, then you’ll understand Obama.”

Now, I should also point out that in the movie D’Souza does not expressly criticize Obama, but the conclusion that any viewer would draw is inescapable. It’s not that he’s in over his head, and it’s not that he may be a nice guy; it’s that he does have a different worldview. He has a totally different impression of what this country is and what it should be. I don’t know what’s so hard. We’ve got the worst economy we’ve had since the Depression. We’ve got people out of work. We’ve got natural disasters all over. You want to talk about Hurricane Katrina, look at the droughts and the floods and the fires and everything and Obama hasn’t done jack about any of it. And yet he supposedly gets automatically all this credit for compassion? Tell that to all these millions of people without jobs and with no hope for jobs and jobs with decent wages and payroll.

Everything is out of phase by 180 degrees. So I really think that it’s a mistake here to try to kid-glove this, because the damage that’s happening to the country, the damage that’s occurred here is real. And there are ways out of this, pretty quick, pretty fast ways out of this, too. But not four more years of this. Four more years of this and who knows the length of time it’s going to take to rebuild or recover. It’s gonna have to happen if this country’s to ever be what it was, and that remains the large question. I’m still getting grief, Snerdley, still getting grief from people, even Greta. Greta played this on her TV show Thursday night, Karl Rove disagreed with it, when I said, “We can handle four more years of Obama. The thing we can’t handle is four more years of people that would elect him.” And Karl Rove said, “Well, I would have a little bit more nuanced view of it than that. I just think it is that Obama has not announced the second term agenda.”

He doesn’t dare announce his second-term agenda. That’s why he hasn’t announced it. He doesn’t dare. If this guy told us what his plans are for the second term, it would be sayonara. He didn’t announce the first term agenda. Did he tell us any of this? Well, I take it back. He did warn the coal industry. They just didn’t listen to him. Not in the campaign. In private meetings that were on videotape with the union guys, he told us what is gonna happen to health care. But he didn’t as part of his campaign. You’re right, as part of his campaign, Obama didn’t tell us any of this. That’s a good observation.