RUSH: Hurricane Isaac is dumping rain galore on regions of the Gulf Coast. New Orleans missed a direct hit. No direct hit in New Orleans. Media devastated. Media terribly disappointed. However, there is looting in New Orleans. I have a serious question, and maybe I’m dreaming a little. How many people in that area remember all of the criticism that Bush got? Bush was blamed for Hurricane Katrina.

Folks, I’m going to be very serious with you here. It wasn’t just FEMA and Bush in the aftermath who got blamed for not being there soon enough and not doing enough. Don’t forget that there were civil rights leaders. Do I need to mention the names? Reverend Jackson and the Reverend Sharpton and others were implying that Bush was behind that hurricane hitting where it hit. There were civil rights leaders who said that the Republicans wanted poor people to suffer, to lose their homes because they didn’t like black people. There were civil rights leaders who said that this is what the Republicans do. They have natural disasters and they steer ’em to certain places, and when they happen, they don’t help anybody. And then when people started fleeing New Orleans and went to Texas, the allegation was, “Well, that’s what the Republicans want. They want as many Democrats to leave Louisiana so it becomes a Republican state.” All of that was said.

My question, you look at video, there are people losing their homes, flooding galore. There is now looting. And where’s Obama? Where’s FEMA? Where are the Democrats? Where’s the compassion? Do you think anybody on the ground’s asking that question? Do you think before this thing hit that people living in that region said, “I don’t have anything to worry about, because Obama isn’t Bush, Obama cares.” You don’t think that? You don’t think people were saying that to themselves? I wonder. And then yesterday, Obama spent, what, an hour on a website called Reddit answering questions while all this was going on.

So I’m just wondering how many people are really surprised that Obama hasn’t been able to stop this and that Obama and the Democrats aren’t there to fix this. Remember it was just like in 2009 when Obama was immaculated, we had that first town hall meeting and we had people who actually thought Obama was gonna give ’em a new kitchen, give ’em a new car. That’s what they thought his election meant. Finally gonna take care of them. They’ve been screwed for 200 years, and now things are gonna be made right. Well, now it’s almost four years later, and everybody is worse off, and the poor are poorer. The jobless have been jobless for longer than anybody ever expected. There isn’t any good economic news whatsoever.

I just wonder — the media’s not gonna cover this angle — I just wonder how many people living down there, after hearing all of this blame Bush got: Bush coulda stopped it. Bush coulda acted sooner. FEMA coulda gotten here quicker. I coulda saved my house. I wonder how many people, before this storm hit, thought, “It’s gonna be different now ’cause Bush is gone. Obama’s in there, he cares about us.” And, of course, there’s nothing anybody can do to stop this storm and there’s nothing anybody can do this quickly to fix any problem that results. But how many people do you think had high expectations before this storm hit, a day or two before it hit, of Obama being different? How many people are still holding onto that?

I’ll bet the number would surprise you. I bet more people than you think, I don’t know how many, but I betcha it’s more than you think. And I’ll betcha there’s some people down there scratching their heads and surprised that Obama hasn’t shown up and that the Democrats aren’t making a big deal out of this. The rescues, the aid, the money to pay for damage hasn’t shown up, ’cause remember, all that didn’t happen last time ’cause of Bush. And you couple it with Ryan last night, one of the themes of Ryan and a couple other speakers was Obama’s in the past, tried it, miserable failure, it didn’t work. It’s just faded posters, old, tired, worn-out. I’m just wondering. Now, I may have a little bit of my own dreaming going on, but I’m just wondering how — and we’ll never know; the media’s not gonna cover this angle, obviously; they only would do this if it were a Republican president.

If this were a Republican president we’d be getting reports of exactly what I’m telling you. If Bush were still there and another hurricane had hit, we’d be getting reports about how disappointed people are that Bush didn’t learn from his first mistake and wasn’t there sooner and didn’t show up and wasn’t helping. Here we have a guy who ran for president saying he was gonna lower the sea levels! “Well, what’s he doing? The water in my backyard’s rising. Where’s Obama?

“If he can lower the sea levels, can’t he lower the puddle in my backyard?” It may be more people than you think.

RUSH: Look, I don’t want to beat a dead horse here. I’m just gonna tell you, something that I thought would have been happening in droves by now isn’t happening, and I predicted that it would be all over the media to the point that we couldn’t avoid it. You go back to Hurricane Katrina, and you look at the big deal the Democrats made out of the Republicans and Bush not caring. Now, that was a Category 3 (revised later Category 5 for a period of time) hurricane. The Superdome roof was destroyed, all kinds of stuff. 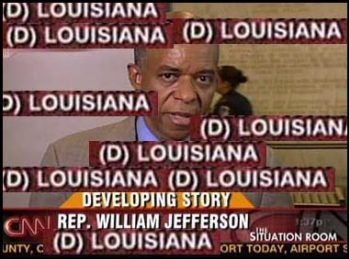 We remember the pictures, remember the anchors crying. We remember William Jefferson (Democrat-Louisiana) stealing a ship, a boat, to try to get to his freezer where he had $90,000 in cash. We had all of that, and we had the Democrats making hay as they set up for the 2008 campaign. Bush not caring, insensitive, flying over the hurricane disaster area from Air Force One, looking down on it, not caring. I expected Democrats, FEMA, some bureaucracy.

I expected them to be down there passing out money, passing out packages of something, even if they were empty just for the optics of it. ATM cards representing food stamp exchanges. I thought they’d be all over this to try to draw the contrast to how much they care and how quick to respond they are compared to these evil, rascally Republicans who want you to drown and who want you to starve and who want the water to remain poisoned and the air to remain dirty and all that.

I have to tell you, unless I’m missing it, I’m surprised I haven’t seen any Democrat of note from FEMA or any other disaster bureaucracy down there doing anything, braving the floods themselves, just for the optics of it. Even if they don’t do anything. I’m really surprised that they’re not trying to show the “difference” in how quick they respond, how much they care. Chuck Schumer isn’t down there. Nobody’s down there, that I see.

They’re leaving it all up to the liberal media anchors, and Shep Smith. (But I repeat myself.) Ah, maybe it’s just me. Maybe it’s just me. I’m shocked. I think they’re blowing an opportunity. As big a deal as they made and as they continue to make about Republicans not caring about poor people, wanting them to die, all that stuff? Where is Kanye West? Where’s Sean Penn? You let this happen in Haiti, and they can’t get there fast enough. 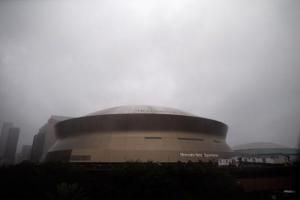 RUSH: Silly me. Silly me. Sometimes I’m really dumb. Well, in the last half hour I was wondering, where are the Democrats in Louisiana and Mississippi and Alabama? Where are they contrasting themselves with Bush and how much they care? Where’s Obama? Where’s FEMA passing out bags of goodies, packs of money, ATM cards for food stamps? Where are they? I coulda sworn they’d be… and, you know what? I forgot how they do things. Louisiana and Mississippi and Alabama are all in the Romney tank. The Democrats have written those states off. Obama is not gonna win Louisiana or Mississippi or Alabama, and that’s why he’s not there.

That’s how the Democrats do things. Folks, it is. I should have been the first to know that. The way they look at it, what is there to gain with the optics? If you’re not gonna get the support, the majority support of people in that area, to hell with that. That’s why so many people are worried about Obamacare. Obama is strictly cronyism. So if you are a Republican and you’re in line at the DMV to get treated for an injury (that’s what it’s gonna be under Obamacare) if you didn’t vote for Obama, didn’t vote for a Democrat, maybe you end up at the back of the line all day. Don’t laugh. Snerdley’s in there laughing. That’s exactly how they do things. That’s why they’re not there. They’re of no value to Barack Obama in this election.

“Mr. Limbaugh, that’s the most absurd thing I’ve ever heard because everybody knows that liberal Democrats care more about people and are compassionate.” Right. Well, where are they then? You got evacuations. You got flooding. You got destruction. You got everything you had during Hurricane Katrina, to different degrees, but you still have it happening down there. Where are they? That’s how cynical they are.