RUSH: Now, ladies and gentlemen. I have this piece. I’m gonna finally get to this and share it with you. It’s this piece: “Unraveling America? — Charles Murray’s latest book suggests that elite colleges are tearing apart the nation’s social fabric.” It was a piece that ran, I think, in the Wall Street Journal. It looks like it ran in the Wall Street Journal. It was by Martin Morse Wooster of the John William Pope Center for Higher Education Policy.

So Martin Morse Wooster has reviewed the Charles Murray book, and let me just share some of this stuff with you. “One of the arguments for education at an elite college is the ‘networking’ — the connections students make at those schools. Writing recently in the New Yorker, Columbia Journalism School dean Nicholas Lemann made that argument, saying that Ivy League tuitions are ‘undervalued’ because admission to a Harvard or a Yale provides a student with a gilded key to ascend to the top of the social ladder.”

That’s the dean of the Columbia Journalism School saying that the value of a Harvard education is “a gilded key to … the top of the social ladder.” Now, what have I always told you about Washington? It’s not just the work structure that people sit atop. It’s the social structure. And that’s where all this elitism comes in, and that’s where the cool and the hip are, and the uncool and the unhip aren’t.

It’s where the conservatives who arrive in town aren’t and where, sadly, many of them want to end up being. They want to be accepted socially. Everybody does! I may be the only person in America that doesn’t care about that. I am the most boring person you would ever run into, off the air. I don’t care about any of that. I run away from it. But it’s seductive to a lot of people, and here you have the Columbia Journalism School dean admitting that the value of being admitted to a Harvard or Yale is that you get the key to the top of the social ladder in Washington, in New York, in Boston.

That’s what you get. Therefore, it’s worth whatever it costs your parents to send you there. “Charles Murray, a fellow at the American Enterprise Institute, would disagree with Lemann on most public policy issues. But both would firmly agree that a degree from a prestigious school greatly boosts the odds of ascent into the highest levels of American life. The theme of Murray’s latest book, Coming Apart, is that our country is in trouble because the few graduates of elite colleges get the glittering prizes of life and everyone else fights over what is left.”

In other words (chuckles), nobody ever gets out of high school, really. It just changes location. Charles Murray, the author of the book, “believes that America is splitting into a world where the cognitive elite — top lawyers, government officials in the Senior Executive Service or higher, editors of leading newspapers and magazines, and most movie and television producers and directors — live in enclaves where they only consort with people very much like themselves.

“Part of the book is an exploration of differences between highbrows and lowbrows, in the tradition of Class, by the late Paul Fussell, which suggested that there are nine levels of class in the United States, or the works of Russell Lynes, who, in 1949, introduced the concepts of ‘highbrow, middlebrow, and lowbrow.’ The book even has a pop quiz where Murray asks his readers to take to see which class they are. 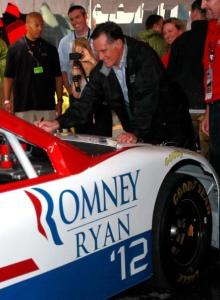 “(If you know that Jimmie Johnson is a NASCAR champion or if you enjoy fishing, you’re definitely not upper class, even if some fly-fishermen with six-figure incomes would disagree.)” According to these people, if you know who the NASCAR champion is and if you fly fish, you are not upper class. You can’t possibly be. “The elite colleges pride themselves on their ‘diversity,’ but Murray argues that they really aren’t very diverse at all.

“Their students are, far more often than not, children of rich white parents, rich Asian parents, or rich African-American parents. Earning a degree from one of the elite schools enables you to live in what Murray calls ‘the SuperZips’ — areas where people have stratospheric incomes, such as Bethesda, Maryland, the Upper West Side of Manhattan, or Palo Alto, California. Few of the people who live in these upper-crust enclaves are not Ivy Leaguers or graduates of other elite colleges and universities.

“As Murray sees it, the ‘elite colleges’ of America are divided into several tiers. At the top tier, he argues, are Columbia, Harvard, Princeton, and Yale, followed by Stanford, Duke, MIT, ‘the rest of the Ivy League, and some of what used to be known as the Seven Sisters.’ If you throw in the rest of the top 25 universities and liberal arts schools as rated by US News and World Report and Barron’s, you’ll have a fairly complete list of the elite schools.

“The reason these universities are in the top tier, says Murray, is not that they offer superior education,” they don’t, “but because they practice ‘cognitive stratification.’ He explains that until around 1960, Ivy League students weren’t that much smarter than anyone else. A 1926 study of students at Columbia, Harvard, Princeton, and Yale found that these students’ IQs averaged 117, while the average college student of that era had an IQ of 115. The average SAT verbal score of a Harvard freshman in 1952 was a relatively meager 583.

“Murray deduces from these facts that America’s academic talent — its brainpower — was far more widely dispersed among colleges and universities than it is now. But in the 1950s the Ivies and other top schools changed their standards. By 1960, the Harvard freshman’s average SAT verbal score had risen to 678, meaning that, Murray writes, ‘the average Harvard freshman in 1952 would have placed in the bottom 10% of the incoming class in 1960.’ Other top schools tightened their admission standards at the same time.

“Murray compares the Yale classes of 1961 and 1966. In 1961, 25% of Yale freshmen had SAT verbal scores below 600. By 1966, only 9% of Yale freshmen had below-600 SAT verbal scores. As evidence of that trend, Murray cites the work of sociologist Roger Geiger, who looked at where students who had the highest 5% SAT or ACT scores in 1997 went to college. Geiger found that ten schools took 20% of these brainy students, and 41 schools took half of them.

“It’s true that these elite schools seem more meritocratic than they used to be. The power of ‘old money’ to open admission doors has largely disappeared, although there’s still a little room for legacies or the children of celebrities. Even at the oldest colleges, no admission officer cares any more whether a student qualifies for membership in the Sons or Daughters of the American Revolution.

“What they mostly care about are high scores on standardized tests — and a parent’s ability to pay. To show how homogeneous the elite schools are, Murray cites the findings of sociologist Joseph Soares in his book The Power of Privilege. Soares, using data from the National Educational Longitudinal Study, shows that, in the 1990s, 79% of the students at elite schools came from families with incomes in the highest 25% while just 2% came from families with incomes in the bottom quarter.”

So, so much for your precious affirmative action, diversity and all that rotgut!

Those were the tokens.

“This matters, Murray argues, because smart rich parents tend to produce smart rich children,” well, at least rich kids, “who marry people like themselves and pass their genes and wealth on to the future. … As Murray wrote in a Washington Post op-ed in 2010, ‘The more efficiently a society identifies the most able young people of both sexes, sends them to the best colleges, unleashes them into an economy that is tailor-made for people with their abilities and lets proximity take its course, the sooner a New Elite becomes a class unto itself.’

Thus, America’s elite colleges and universities have become the breeding ground of the new elite class, cloistered and unable to appreciate or understand other parts of America. In addition, Murray sees the American elite as morally hollow. The upper class does many things well (including having strong and lasting marriages) but is unwilling and possibly unable to defend the virtues that lead to its success. ‘The signs that America’s new upper class has suffered a crisis of self-confidence are hard to ignore,’ he writes.”

We interviewed him about this for the Limbaugh Letter, the most widely read political newsletter (outside the elites) in the country. “By being separate from the rest of the nation, this [elite] class fails to set an example of good behavior that is necessary for everyone to follow in order to succeed. The elite colleges are implicitly part of that problem. Intellectuals are known for overthinking problems, and the guy writing this review thinks that Murray may have overthought this to an extent.

He’s not convinced that Murray’s right, that the elite colleges set up the elite population and give them the gilded key to ascend to the height of the social ladder.

But I think he’s right.

Anyway, I’ve been citing this for the past week or so, and I just wanted to share it with you.