What Obama Could’ve Done in Libya


RUSH: Laurie in Pittsburgh as we continue. Welcome to the program. Great to have you on the EIB Network. Hi.

CALLER: Rush, I’m very honored to speak with you. Longtime listener. You truly changed my life. I was born a liberal. (laughs) I’m in central Pennsylvania and basically saw the light and I’ve since been conservative. I appreciate what I learn from you. I look forward to hearing your take on things. And I’d like for you, if you could today, to help to educate me. Here’s my question. Because of the e-mails, we know that they were watching the whole Benghazi attack in real time. Here’s my question: Could you educate me on what actions they could have taken to change the outcome?

RUSH: However, I’ve got a time constraint problem here. You’re gonna keep the radio on?

RUSH: Is Laurie still there? Laurie, are you still there in Pittsburgh, or did you hang up?

RUSH: Very quickly. Here’s the upshot of what could — two things I want to tell you. You want to know what could have been done to maybe protect —

RUSH: Well, this would go up to Obama. I mean something like this when you’re ordering military action, you’ve gotta get the president involved and probably get the joint chief. Obama would have had to sign off an attack like this, I would think, anyway. I’m not a military expert. I don’t know off the top of my head who would have the flexibility or latitude to order — maybe a local commander could have. But it’s a good question. We’ll find out. What was nearby?

Sharyl Attkisson from CBS reported the other day that “The Pentagon says it did move a team of special operators from central Europe to the large Naval Air Station in Sigonella, Italy, but gave no other details. Sigonella is just an hour’s flight from Libya. Other nearby bases include Aviano and Souda Bay. Military sources tell CBS News that resources at the three bases include fighter jets and Specter AC-130 gunships.” 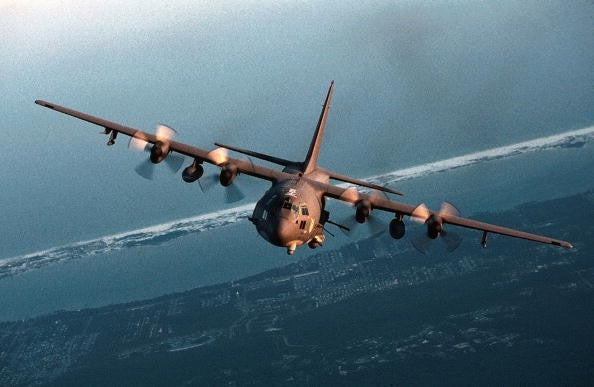 Those are excellent for crowd dispersal. They are effective in flying and buzzing a crowd to disperse it. Fox just had a graphic up of all the nearby assets that could have been used. Now, Sharyl Attkisson of CBS, in a report that we aired of hers earlier this week, said, “Sending the military into another country can be a sensitive and delicate decision. CBS News has been told Secretary of State Hillary Clinton did seek clearances from Libya to fly in their airspace, but the administration won’t say anything further about what was said or decided on that front.” So we don’t know if Libya granted permission or denied permission, and some are saying that that would be the real hurdle. And if Libya didn’t grant permission, we just sit there and let this happen?

But even beyond that, Laurie, after all this has happened, to conduct a cover-up and lie about this for seven or eight days and claim that it was a video that incited a crowd that got out of control. We know that nothing of the sort happened. And it wasn’t just Obama who made that statement, and six times alone at the UN. He sent Susan Rice out on five Sunday morning TV shows. The White House press secretary was making the same claim that it was a video that was responsible for this. The president of the United States flew to a fundraiser in Las Vegas then doubled back for Letterman and another fundraiser with Jay-Z knowing full well that it was not a video. They knew within two hours what was going on and who was behind it.

The other factor here is that whoever did this clearly was not afraid of doing it. And I think something else that needs to be talked about here, there was no fear, there was no reluctance on the part of this group to engage in this activity. We should have been prepared for something like this. It’s 9/11. It’s the anniversary of 9/11. There was real-time video of this thing taking place. Saxby Chambliss, who is a member of the Senate Intelligence Committee, said that they’ve been begging for these e-mails that Reuters and CBS discovered yesterday ever since the attack, and the State Department hasn’t produced ’em. Does that help you?

CALLER: Yes, it does. And I have to agree with everything that you said because when I heard them talking about the video, I thought, “Okay, this is a YouTube video that no one has seen,” but yet how many times at the convention did we talk about Osama Bin Laden dying and then, you know, so quickly before it? It’s like, I’m not stupid.

RUSH: Well, speaking of that, I’m glad you brought that up. Wasn’t Obama the guy who said he would move heaven and earth to get bin Laden?

RUSH: It was. He’d move heaven and earth to get bin Laden. And yet he didn’t lift a finger to get the people attacking our consulate, killing our people.

CALLER: And I guess also, too, no insight to the thought that if you broadcast and brag about what you do, then people are gonna come back at you. You brag about something, guess what? They’re gonna see how tough you are. They’re gonna challenge you.

RUSH: Well, that, too. I mean, that explains Cairo. Now, there were protests in Cairo and what was happening in Cairo, people were protesting our embassy, and they did climb the wall there, and they ripped down our flag and they raised the Al-Qaeda flag. By the way, you should know, I heard K. T. McFarland on Fox this morning. She’s the former national security adviser for George W. Bush. She said that Al-Qaeda is in 30 countries now. They’re not decimated. They’re not on the run. I forget what Obama’s term is, but they haven’t been decimated. But the people on the ground in Cairo were shouting, “We’re all Osamas, Obama, we’re all Osamas.” M eaning, Obama, like you say, was bragging about getting bin Laden. Twenty-one times they mentioned it and bragged about it at the Democrat convention. And these protesters in Cairo were saying, “Yeah, well, we’re all Osamas, Obama.” So, you know, Obama’s crowing has come home to roost.

I’m not gonna sit here ’cause I don’t have near the knowledge and certainly not the experience. I don’t know what could have been done militarily to go in there and prevent the deaths of these four. I don’t even want to go there. But what I do understand and what is outrageous is this purposeful, this outrageous lie that was constructed purposely to cover everybody. And it’s also, I think, very curious to me, how do we know this now? As I say, Chambliss was saying the Senate’s been trying to get these e-mails since the attack, and the State Department wouldn’t release ’em. Somebody did. Last night CBS had this; then Reuters has their story; then it ends up on Fox.

Somebody released these e-mails from within. Somebody at the State Department or somebody at the administration released this, because there are people there, I’m convinced, who are not gonna take the fall for this once everything is known about it, and particularly after the election, if Obama loses. So I think it’s all very curious, and I say again, keep a sharp eye on Mrs. Clinton, because I guarantee you she has protected herself. She is not gonna take the fall for this, once it comes to that, if it does. She’s not gonna take the fall for it. She fell on the sword in Peru and said it was her responsibility. She’s not gonna end up being the fall guy on this ultimately when it comes to the real nut-cracking time on this. And it will at some point. Laurie, I’m glad you held on. Thanks very much.

CALLER: (garbled cell) Hello. Discussing the goings-on in Benghazi, everyone assumes there was a drone overhead; it’s being proven out. And the thing people don’t realize is, drones don’t just happen to show up. They suck up an amazing amount of bandwidth. They have to be tasked sometimes a month in advance. Two weeks is even short notice. Someone knew to be looking watch over Benghazi at that time, at that place for some reason. So the question is: Who was operational control? Who assigned the task order?

RUSH: So what are you saying? It could be just 9/11, but you sound like you’re saying somebody had to know something might have been going on there to task a drone?

CALLER: It would be unusual — quite unusual — that a drone just happened to be there. I’ve worked in aviation all my life. I’ve worked with some people that are in the ISR and drone business. And they’ve told me some of the failings of the upper-tier drones are that they soak up bandwidth that’s very limited and they have an enormous trail and they’re expensive to operate. And a battlefield commander can’t just say, “Oh, I need a drone here now.” It usually is several weeks in advance that he’s gonna arrange for that. Even in dire emergencies it’s very hard to get a drone overhead a target to do anything, be it observation or whatever.

RUSH: All right. Well, I’ll take this and look at it. Interestingly here, I’ve got a couple of e-mails from military friends of mine describing drone activity particularly in this area. I’m gonna go back and look at ’em and compare them to what you’ve said, ’cause I don’t know that much about drones. I didn’t know it took this much effort to get one, and I didn’t know it required as much bandwidth as you say to keep one deployed over an area. But Cheryl at Attkisson at CBS, again to remind you, said that there was a drone and other reconnaissance aircraft above Benghazi.

She said CBS had been told that ‘hours after the attack began, an unmanned Predator drone was sent over the mission and that the drone and other reconnaissance aircraft apparently observed the final hours of the protracted battle.” So from CBS: The drone was sent after the attack began. You say it had to have been deployed much earlier in order to be there. So I gotta check this out and find out which is the case. But he said something about you need a month in advance or couple days in advance to deploy it?

I had not heard that.

I will look at it.