RUSH: A lot of people are still upset at Bob Costas for his halftime rant against guns on Sunday. Oh, have you heard the latest on this Belcher guy? Apparently on Friday night he was with a different woman. The New York Post has this story. Belcher, Jovan Belcher of the Kansas City Chiefs, was with another woman Friday night and getting drunk and he had suffered a concussion not too long ago, a game in November. He was getting drunk with this babe and apparently it was not a romantic relationship, but this other woman has come out and said, “Yeah, he was with me Friday night.” He was with her at dinner. He takes her home five miles from where he lives and then he stays in his Bentley outside her building until like four o’clock or five o’clock in the morning sleeping.

So the story that he was upset with his girlfriend for staying out at the concert ’til one o’clock apparently — well, he could still be, but he wasn’t home at one o’clock when she got home. He wouldn’t know when she got home unless he was on the phone with her. He didn’t get home until 5:30 in the morning, and then the argument ensued, and then the nine shots, and then the trip to Arrowhead Stadium where he committed suicide. And this other woman’s not denying this. So, you know, as usual, on these things, you’ve got to wait to find out all of the related information that is obviously not known soon after an event like this.

Also, a story in the Stack. A bunch of Chiefs players are not joining this anti-gun parade. A bunch of Chiefs players are saying guns are not the problem here. And in Costas’ case, there’s no way Costas should be fired. I mean, and I want to thank Byron York.
Byron York was on Greta last night with Karen Tumulty of TIME Magazine, and he tried to point out the hypocrisy. Sports people say they don’t want any politics involved. He brought me up on ESPN and how that was just intolerable, and he correctly remembered that, after I resigned at ESPN, four or five days later, Chris Berman and that whole mealy-mouthed crowd went on the air and started apologizing. Berman said he was the quarterback and he forgot, and I had promised never to say anything about politics, which I never promised to do. 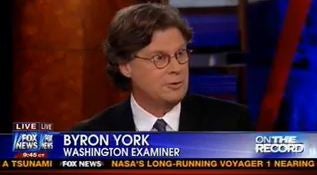 There was no such deal in my deal with ESPN to not bring up politics, but I never asked to be able to, either. It wasn’t even on my mind. “We’re so sorry. We didn’t intend. We didn’t realize,” blah, blah, blah, blah, everybody covering their own rear-end. And Byron York says (paraphrasing), “Look at that, ESPN just goes nuts to get rid of Limbaugh, but Costas over at NBC, perfectly fine.” Like I said yesterday, the reason Costas can do it is because his bosses agree with what he said. It’s no more complicated than that, the old NBC/HBO cabal. They’re interchangeable. They go back and forth, the people that work there, and he said what the bosses there agree with, so it wasn’t any problem.

But I don’t blame Bob Costas. I blame the microphone. I blame the microphone. If that microphone hadn’t been on, nobody would know what Costas said. If you stop and think about it, it’s the microphone’s fault. Costas, he’s up there, he’s in the broadcast booth at halftime. I’ve been in that booth. I have had several visits to the NBC Sunday night telecast. And Bob comes in at halftime and he does the halftime show from the booth about ten feet to the left of where Al Michaels and Collinsworth are. In fact, where Costas… maybe I shouldn’t say this. Ah, I’ve already blown it. I’ll never be invited back.

Where Costas does the halftime show is where Kathryn and I usually watch when we’re guests there. So we vacate with two or three, maybe four minutes left in the second quarter and Bob moves in to get ready for the halftime show. That’s where he does it. But if nobody would have turned on his microphone, nobody would have known what he said. So whose fault is it, really? Is it Bob’s or is it the microphone’s? ‘Cause it’s a tough call. It’s a tough call, just like Snerdley, he totally understands where I’m going with this. If Bob Costas’ microphone hadn’t been on there would not be a problem today, at least for Bob. You know, NBC might now want to think about getting rid of microphones. I mean, look at the damage.

You know, NBC… Some people say that this kind of controversy is enjoyed by media companies, that any — any — controversy is good. I’m not sure so sure. But this is not the first time a microphone has caused pain, suffering, damage. Look at all the previous occasions. I’m sure you can think of some yourselves. The Reverend Jackson? Reverend Jackson was on a Fox News microphone that was accidentally left on. Reverend Jackson had no idea when talking about how he wanted to de-nut Obama.

If the Fox News microphones had not been on, nobody would have heard the Reverend Jackson say that. So it wasn’t Reverend Jackson’s fault. What happened to Bob Costas was not his fault. The microphone was on. It is no more complicated than that. I think what this incident shows is that we might want to seriously think about permits for microphone usage. I mean, look at this. The microphone can cause serious pain.

A microphone can inflict amazing damage, particularly emotional and psychological damage. Only highly trained specialists should be permitted to use them, and there should be a federal agency on this, Snerdley. (interruption) Well, yes, I know we’ve got the First Amendment. But, look, the Founders never intended for microphones. They didn’t even know about microphones. You think the Founders had heard of a microphone when they wrote the First Amendment?

They had no idea. You think they ever heard of PA systems? You think they ever heard of television and radio? They never intended any of this. So I think going forward we need to seriously look at this. I don’t want to be so cliched as to say “microphone control,” but it’s clear. It is undeniable. If Bob’s microphone hadn’t been on, there would not be a controversy today.

Maybe if Bob had put a condom on his microphone, there might have been some protection from the words uttered. We don’t know, but we do know this: If that microphone had not been turned on, there would not be hurt feelings or anger or a controversy about this at all in America today. And therefore… (interruption) No, Snerdley, I am not worried about me.

I have demonstrated over the years extraordinary responsibility behind a microphone. I mean, I am one of only people — well, I am the only person — with an actual gold microphone. You can’t get any greater microphone permission or honor than that. That’s the Golden EIB Microphone right there. I have two of them. One stays here at all times, and one travels whenever we do broadcasts from a remote location.

But I think we all need just a cooling-off period before anybody actually gets to say anything using a microphone. (interruption) A waiting period, yes. Absolutely. A waiting period. You apply for your permit to use a microphone and then there’s a waiting period, and you’re monitored. Your background’s investigated. They look into, you know, what kind of nefarious stuff you’ve done in your life and see whether you warrant microphone permission.