RUSH: I mentioned about an hour ago, and it was in a throwaway line in our discussions about Prop 30 and California. I mentioned that teachers out there are still not happy. After all of this, they’re still not happy. They have produced a video that shows the rich urinating on the poor. And Snerdley: “Come on, that’s funny, but that can’t be.” It is true. 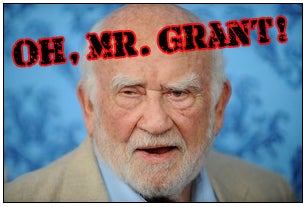 Ed Asner narrates the video. I’ve got the audio from the ad right here. It was last Thursday. The ad ran on the California Federation of Teachers website, which is CFT.org. They had a video called “Tax the Rich: An Animated Fairytale,” which the website claims “explains economic inequality and the need for the rich to pay their fair share of taxes.” Ed Asner narrates, and here is the audio, a portion of it.

ASNER: Over time, rich people decided they weren’t rich enough. So they came up with ways to get richer. The first way was through tax cuts. They didn’t mind that this meant fewer services for everyone. They said, “Why should I care about other non-rich people?” Instead of providing jobs that paid people well like they used to, rich people found they could make more money on Wall Street. The 1% made money so fast, that they devoted more and more money to it. They took some of that money and sent it far away where workers had no rights, to produce things that workers used to produce here. When ordinary people wondered why rich people needed so much money, the 1% said, “Don’t worry. This is good for you, too, because it will trickle down from us to you. Some day you’ll be rich, and then the rules we made for us will be your rules, too.”

RUSH: Right. And when they start with the trickle-down is when the urinating started. So the California federation of teachers with a video that shows the rich urinating on the poor to depict trickle-down. After they got what they wanted. After they got their retroactive tax increases, Proposition 30. Ed Asner, by the way, is a multimillionaire. And isn’t that always the case? All these hypocritical, ultra-rich leftists running around condemning every other rich person. I guess, as far as Asner’s concerned, his wealth is legitimate, but if somebody made their wealth in a way he disapproves of or Wall Street or what have you… But all the ingredients are there. These are the people teaching kids in California. This is why I maintain that the people of California knew exactly what they were doing when they voted for Proposition 30.