The Leader of the Never Surrender Wing

RUSH: Do you know, in addition to me being responsible for your state of panic over the fiscal cliff, I lead the Never Surrender Wing of the GOP. This is Norman Ornstein last night on the Charlie Rose Show. Norman Ornstein, the American Enterprise Institute resident scholar, and they were talking about the Republican Party. Charlie Rose said, “Is Boehner less afraid of his caucus than he has been in the past?” 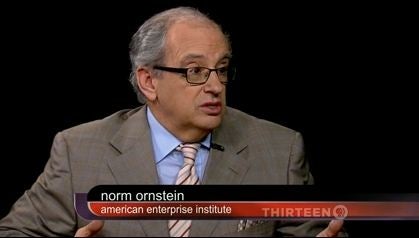 ORNSTEIN: You’ve got groups like those led by Rush Limbaugh saying never give up, never surrender, we didn’t do anything wrong, they’ll come to us. You’ve got others saying, all we gotta do is flip the switch on immigration, turn amnesty from a four-letter word to a seven letter word and everything else will stay the same. And then you’ve got the pragmatists saying we’ve got a different political environment now, and we’ve gotta change our message, and that’s not just the words, but some of the context of it. Boehner is really in that group, along with people like Jeb Bush and Haley Barbour. And there are gonna be a lot of forces, though, who want to see that group fail.

RUSH: Well, this is his description of the factions fighting within the Republican Party. And he’s just described the establishment GOP, which apparently is able and willing to sit by and watch themselves evaporate into extinction. Because he says, “Well, you know, you got Boehner. You got pragmatists. It’s a different political environment now! We gotta change our message, gotta change who we are. Not just the words, but some of the content.”

In other words, we have to stop being Republicans, gotta stop being conservatives. We gotta stop being Classic Coke and we gotta screw up our recipe and become something nobody recognizes or wants or likes. That’s what we gotta do. That’s what Ornstein says, and that’s what the smart people in our party are doing. I (leading the Neanderthal, Never Surrender Wing) am saying, “There’s nothing to change. We didn’t do anything wrong. We don’t stand for anything wrong.”

And I believe this.

I believe in conservatism.

I don’t believe it’s to blame for anything.

The problem is that we have people who don’t know how to articulate it, don’t know how to express it, maybe because they aren’t conservatives. And then you’ve got this third group saying, “Yeah, just come out for amnesty and everything will be okay, and then come out for abortion and everything will be okay.” I think what this does, this sound bite proves what I have been saying since the middle last week.

And that is: What is underway here is an all-out, full-court press to get the Republicans to confess that tax cuts — and maybe more than tax cuts. Not just tax cuts, but conservatism is the reason we’re in this mess. “Tax cuts for the rich! Focus on the individual, liberty, freedom! That’s why we’re in this mess. That’s why the unemployment rate’s still high. That’s why we’re in a recession,” and here Norman Ornstein is praising that faction of the Republican Party.

Essentially the pressure is now on for them to confess. By that I mean admit that what they have believed all along is wrong. That’s what he wants. And he says these are the guys that get it. It’s a different political environment now. Change our message ’cause we were wrong — and not just the words, ’cause the words were wrong, but the context ’cause the context was wrong.

And the Never Surrender Wing, we’re the blockheads. We’re the Neanderthals. We’re the ones that are saying, ‘We didn’t do anything wrong. None this is our fault,” and as such, we ostensibly pose the problem. And you’re in the Never Surrender Wing, too. I mean, if you’re here you’re either just a curious liberal looking for some thrills or you’re a member of the New Castrati hoping and praying than that something overcomes me and I become one of you. 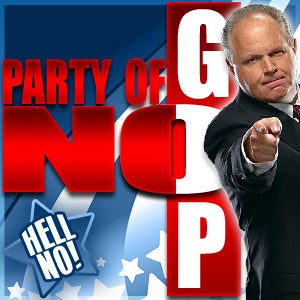 Or you’re one of us of the Never Surrender Wing. So you’re in that group, too. The middle group… I don’t think there is a middle group, actually. The group that wants to say, “Okay, you know what? We’re for amnesty.” That’s the pragmatist group. I’m proud of this. I am proud, ladies and gentlemen, to be the leader. I didn’t know I was, but I’m proud to be the leader of the Never Surrender Wing.

So next up, Charlie Rose and Ornstein discuss Rubio. And they say that Rubio has the ability to satisfy you and me in the Never Surrender Wing and still do amnesty and save the GOP. Rubio is the one guy that can do this. Let’s listen to the bite. Charlie Rose said, “You know who’s interesting on the Republican side in terms of presidential aspirants is Marco Rubio.”

ORNSTEIN: Rubio is trying to walk a fine line —

ORNSTEIN: — keeping those conservatives, uh, of the never-give-up, never-surrender category, while also reaching out to those moderates. And this is gonna be a very interesting test. Can you walk that tightrope or walk through that minefield and have success? I think he may be the leader who’s able to reach an agreement on an immigration bill, and that will give him a big impetus forward.

ORNSTEIN: But whether he can navigate through the fiscal matters, but also some of these social matters after he, you know, fell a little bit flat by suggesting that he didn’t know how old the earth was. Uh, that, uh, shows us that, uh, he’s got a little work to do.

RUSH: Oh, gee whiz! See, I knew it! This is the same thing they did to Romney. It’s the same thing as when George Stephanopoulos asked that question about contraception (when nobody was talking about it, thinking about it, caring about it) on January 16th at a Republican primary debate. That gave birth on the War on Women. A GQ, I think it was, magazine reporter asked Rubio how old do you think the earth is.

So this question to Rubio, “How old do you think the earth is?” is a trap question. And Rubio said, “Well, that’s a question for scientists to answer.” I thought his answer was okay, but they accused him of dodging it and trying to have it both ways on it. I didn’t even remember that but see, here’s Ornstein, a big political scientist. Now Rubio’s got the how-old-is-the-earth-question problem. Yeah, right. See? It’s always something. Rubio has the how-old-the-earth-is problem.

His answer was identical to Obama’s. Identical to Obama’s. But, see, Obama arrives with the imprimatur that he’s smart. He went to Harvard and all that. Yale, wherever the hell he went. Columbia. I think he went to all of them. And so, anyway, it’s Rubio. He can do the dance. He can keep those of us in a Never Surrender Wing happy by surrendering on immigration (hee-hee-hee-hee) and whatever else.