Ron Fournier used to be a reporter for the Associated Press. Now he’s moved over to the National Journal. It’s an Inside the Beltway bunch. They publish a lot of things, among them, the Hotline and other things. It’s where F. Chuck Todd worked before he went to NBC. He is an acknowledged, committed left-wing Democrat and also a member of the media, which is same thing. He’s got a piece. It was posted, I guess, late yesterday.

“What if there is nobody or nothing to blame for Adam Lanza’s heinous acts? Other than Lanza, of course. What if school security and the school psychiatrist kept an eye on Lanza since his freshman year? The Wall Street Journal has a compelling narrative about the red flags addressed. What if he had a form of autism that has little or no link to violent behavior? Lanza may have had Asperger’s syndrome but, even so, that is not a cause. What if it’s too simple to lay the massacre at the feet of the gun lobby?”

What if the NRA had nothing to do with this?

“What if Lanza wasn’t provoked by video games? David Axelrod, a close friend and adviser of President Obama, tweeted last night: ‘In NFL post-game: an ad for shoot ’em up video game. All for curbing weapons of war. But shouldn’t we also quit marketing murder as a game.’ When I asked whether he was laying groundwork for a White House initiative, Axelrod said no: ‘Just one man’s observation.'”

Quentin Tarantino’s got this movie with Jamie Foxx about slavery, Django. He uses the N-word in it like a hundred thousand times, shoot ’em up, canceled the premiere. Tom Cruise movie with Jack Reacher, shoot ’em up movie, canceled the premiere. These Hollywood people are essentially taking on responsibility. Well, they are. They’re canceling their premieres. They’re delaying releases. What are they saying when they’re doing this? I’m not really sure. But it sounds to me like they think they might have some culpability, or they don’t want to be accused of having any so they’re delaying the release and their celebratory premiere parties.

“What if there is nobody or nothing to blame? Would that make this inexplicable horror unbearable? What if we didn’t rush to judgement? What if we didn’t waste our thoughts, prayers and actions on assigning blame for the sake of mere recrimination? What if we calmly and ruthlessly learned whatever lessons we can from the massacre — and prevented the next one? What if it wasn’t one thing, but everything, that set off Lanza?”

“Connecticut Mental Health Bill Defeated Months Before Deadly School Shooting — Before FridayÂ’s heinous act, there was talk in ConnecticutÂ’s state legislature to beef up the stateÂ’s ‘assisted outpatient treatment’ law, according to Breitbart.com. Connecticut Senate Bill 452 was proposed in February ‘to enhance the care and treatment of persons with psychiatric disabilities in both inpatient and outpatient settings.’ But the bill was defeated in March, with opposition calling it ‘outrageously discriminatory.’ The ACLU said the bill would ‘infringe on patientsÂ’ privacy rights by expanding [the circle of] who can medicate individuals without their consent.'”

So everybody said, “We need to beef up our mental health legislation. We need to beef up our treatment. We need to beef up the attention we pay to the mentally ill.” They tried in Connecticut, and a bunch of leftist activist organizations defeated it. A caller yesterday explained why. These people have rights. You can’t just go in there and treat ’em like they don’t have rights. You can’t drug them up without their consent. You can’t put them away without their consent. Now, had the bill been passed, had the Connecticut bill been passed, it would have given the state of Connecticut the right to institutionalize a person who is mentally ill for treatment if the state had enough evidence to believe the person could be a danger to himself or the community. 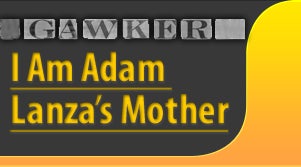 We had a clinical psychiatrist on the phone just yesterday advocating this is what we need. Did any of you check out that piece in Gawker yesterday, that I recommended yesterday, “I am Adam Lanza’s Mother?” You check it out. This woman has a mentally ill son who’s already showing these exact signs of behavior, and she can’t do anything about it. She’s at her wits’ end. We had the clinical psychiatrist on the phone saying what we need is exactly what was now, it turns out, defeated in Connecticut. I don’t know. I find it fascinating.

But, folks, there’s one thing to keep in mind here, and I’ve got a Stack of Stuff here about all of these emotional reactions to this episode. People’s emotional reservoirs only hold so much. Fever pitch emotion subsides after a while. I’m gonna make a prediction. And of course I don’t know; no one can. And I’m by no means certain, but I wouldn’t be surprised if by the time legislative bodies get around to serious legislation infringing on the Second Amendment, the emotional pitch that exists today will have evaporated. It will have dissipated, in effect, and there will be less energy associated with it, and the end result is that probably very little will change.

What’s happening now are people politically posturing everywhere. I’ll give you some examples. Fortune magazine: “The Money Behind the Newtown Massacre — One way to reduce mass shootings is for big institutions to stop funding the assault weapon manufacturers.” Now, this is from the investing section of Fortune magazine. This is not an editorial. It’s presumably a news item. 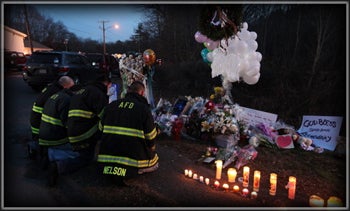 “Do you know who owns more than a 6% stake in the maker of .223 Bushmaster rifles, like the one used last Friday?” Do you know? It is a private equity group, Cerberus, and they have announced that they are getting out of it. They have announced that they are defunding, they are no longer going to invest in this company. Cerebrus Capital Management has decided that they’re out of there. They don’t want to be seen as investing in an evil weapons manufacturing company. And there are other things. Senator Joe Manchin, West Virginia, and former Virginia Governor Mark Warner are all saying, “No, I’ve had a second opinion. My daughter has changed my mind,” or “I’ve reached the tipping point.”

Let’s go to the audio sound bites to show you what we’re talking about. Let’s start with number nine, Mike. Mark Warner. This was yesterday, Richmond, Virginia, on television. The local anchor interviewing said, “This is a terrible time for America. It renews the discussion about gun control and assault weapons. Do you think that we need to get tougher? And if so, how do we do that?”

WARNER: I believe every American has Second Amendment rights, and that the ability to hunt is part of our culture. IÂ’ve had an NRA rating of an A but, you know, enough is enough. I’m the father of three daughters and this weekend they all said, “Dad, you know, how can this go on?” And I, like most of us, realize that there are ways to get to rational gun control. There are ways to grapple with the obvious challenges of mental illness. There should not be a Democrat or Republican position on this. It is time for this kind of senseless violence to end.

RUSH: Yeah, well, there’s not a person alive who knows how to make it end. There’s not a person alive who can make it end. But here you have Governor Warner now trying to get in on the action. The fever pitch coverage has made it politically attractive for him to say, “You know what? You know what? I’ve changed my mind. We can’t put up with this anymore.” Whether anything beyond where we are now happens, whether there’s tighter legislation or not, he still has a sound bite where he can say that he was for tougher measures even if he doesn’t do anything about it. Jimmy Carter, let’s go back to October 28, 1980. He was in Cleveland. 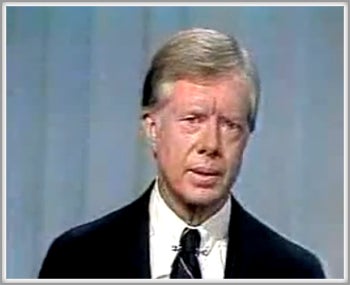 CARTER: I had a discussion with my daughter, Amy, the other day before I came here, to ask her what the most important issue was. She said she thought nuclear weaponry.

RUSH: Okay, so I gotta change my mind on nuclear weaponry because Amy doesn’t like it. So Mark Warner: “My daughter convinced me I was wrong on guns.” Jimmy Carter: “My daughter convinced me I was wrong on nuclear weapons.” Here’s Joe Manchin, the senator from West Virginia. He was on CNN with Christiane Amanpour who said, “It’s surprising, perhaps, that you have now come out and said it’s time to rethink the elements of gun control. What was the moment that made you rethink it?”

MANCHIN: Who would have ever thought in America or anywhere in the world that children would be slaughtered? You know, it’s changed me. But with that being said, people are afraid to talk about some things that just basically should be talked about.

They’ve also moved the premiere to December the 19th. It will be tomorrow in Pittsburgh. Dana Milbank of the Washington Post: “Slow-Walking the Gun Issue.” He’s not at all optimistic that Obama will do anything. Like I mentioned moments ago, he says here that the mood to do something will evaporate. It will dissipate. It always does. The emotional reservoir just isn’t large enough for people to keep this fevered pitch as long as it will require for legislation to take place.