RUSH: Here’s Chris in Atlanta, the home of the new popular show All My Babies’ Mamas. Welcome, sir. Great to have you here.

RUSH: Very well. Glad to have you.

CALLER: Hey, a treat to be on. I just wanted to share with you something that I thought revealed the ultimate hypocrisy of our liberal friends. If you go back and you look at Monday’s New York Times, there was a front-page story on how the publisher of the Journal News reacted to the angry response of gun owners who had been outed by her newspaper. You remember that whole story. 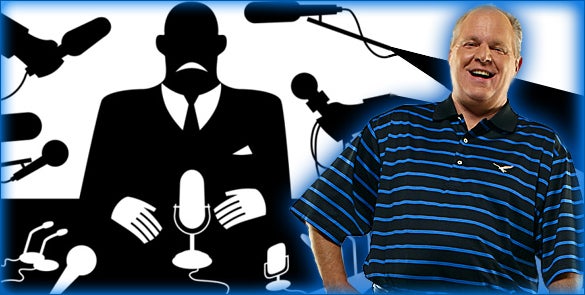 RUSH: Yep, yep. Published the names, addresses, and so forth of legal gun owners.

CALLER: Exactly right. And I’m sure she did not realize that possibly this would compromise their security and might reveal more information than any criminal would ever want to know, but put that aside for a moment —

RUSH: Well, wait a minute, now. Wait a second. I know you’re being sarcastic, but I don’t want anybody to miss this. We know exactly why the Journal News did it.

CALLER: You got it.

RUSH: They wanted to point a finger of blame at these people. The gun owner is the problem. Even though these are law-abiding people, they wanted them to be harassed. They wanted them to be the focal point of harassment. So what happened was a blogger published a map with the home addresses of all the people that work at this newspaper, and they had a cow. When you turn journalism on journalists, they hate it. A journalist cannot stand journalism committed on him.

CALLER: That’s exactly right, Rush. And what happened was, hopefully those in Rio Linda did understand my note of sarcasm. You caught on to it. So the Journal News runs the names of all these gun owners. Well, you can imagine there was a lot of blow-back from people who didn’t like their Second Amendment being compromised. So lots of complaints come into the publisher of the Journal News, probably some threats among those. What did the publisher of the Journal News do? As described in the New York Times, she hired armed guards.

RUSH: Well, of course. See, they’re permitted. They’re good people. They would never use their guns to kill kids. They’ll use abortion for that. Sorry. I don’t mean to make people nervous. They’re good people. It’s like Mariah Carey, when Barbara Walters told her that Nicki Minaj called her an F-ing b-i-itch, Mariah Carey said, “Yeah, I had to ramp up my security.” What does that mean? She had to go get a couple more guys with guns. It’s okay when those people do it. But you turn journalism on a journalist and that’s one of the most fun pranks that you could pull. They can’t deal with it.