RUSH: You bet, Patricia. How goes it? How are you? What’s happening?

RUSH: You know, be careful. You can slip on that if you go outside. You can also have a heart attack if you shovel. Well, your husband could or your boyfriend or your whatever.

CALLER: My husband’s out there now, so hopefully he’ll be okay.

RUSH: Did he turn on the media first to learn what he should and shouldn’t do before he went out there?

RUSH: Well, then all bets are off. He could die.

CALLER: Oh, gosh. Anyway, hey, Rush, I just put the radio on and I heard you talking about amnesty.

CALLER: And illegal immigration. I just wanted to mention, get your thoughts. I just finished reading a book by Ralph Peters, Endless War. I’m not sure if you are familiar with that, but he touches on amnesty, and he comes up with a really great idea, I thought. If we did that, not giving the illegals a pathway to voting, then. So I just wanted to get your thoughts on that much.

RUSH: Well, I myself suggested a similar proposal about six months ago, and I have repeated it over the course of the past six months. Very simply it’s this. I’ve told everybody in this audience. I’ve told the Democrats. I’ve told the media. I’ve told the Republicans. I, too, will support amnesty if the newly made citizens cannot vote for 25 years.

RUSH: And of course there’s not one person who supports it, because the whole point of amnesty is registering them as voters.

RUSH: That’s the whole point of it, Patricia. You don’t think it’s big-hearted compassion that’s behind all this, do you?

RUSH: Well, good. Whatever number of people we’re talking about, and it’s anywhere from 12 to 20 million, both parties see them as potential voters. It’s all it is. The reason why it’s a death sentence for the Republicans, Patricia, is that the Democrats already get 70% of the Hispanic vote and they do because 70% of Hispanics living in this country buy — this is polling data here. This is not my wild guess. They say that they believe that government should be the primary source of prosperity. They believe in it. They believe in big, activist government involved in everybody’s life, 70% of the Hispanic vote.

So, essentially it’s two-thirds. Let’s say you have ten million illegals, seven million of them are automatically gonna vote Democrat. Republican Party’s finished. It’s a mathematics conclusion. It’s not any more complicated than that. And there’s nothing that the Republicans can do. I’ll give you another contradiction. I mentioned this yesterday. If you listen to the Republican proponents for immigration reform, amnesty, what have you, whatever you’re gonna call it, they always say that Hispanics are Republicans-in-waiting. That these are big family value, churchgoing, largely Catholic, I mean, they are Republicans-in-waiting, okay? Accept that. Then why are you making a move for gay marriage? Because obviously somebody who’s devoutly religious is not gonna support homosexual marriage. 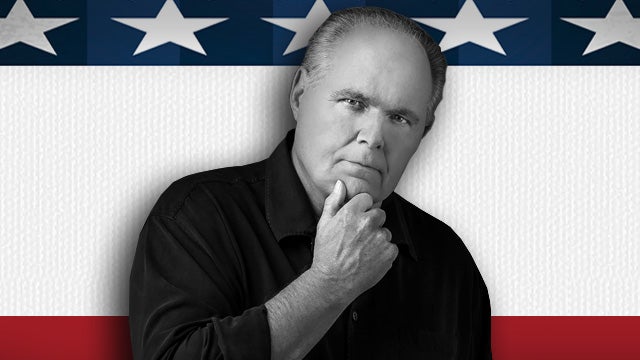 So I think this is a disaster here for the Republicans to support amnesty. They are signing their own death sentence. And it’s mathematics. It’s nothing more than mathematics. It’s not even theology. If amnesty ever does happen with full citizenship and the right to vote, then the country becomes California politically, where the Republicans don’t ever have a prayer. That’s what’s at stake. So the idea, Patricia, is to illustrate that by suggesting, “Okay, hey, you know what? I’ll go for amnesty, but they can’t vote for 25 years. How many of you support it then?” And there’s not one Democrat that will. Nobody will. It’s simply a way to call ’em out.

By the way, with the Hispanics being Republicans-in-waiting, just waiting, I mean, they’re conservatives at heart. Okay, so why do the Republicans want to moderate on abortion and why do the Republicans want to get squishy on gun control? I mean, conservatives are not supportive of any of that. So I just don’t think that they’re being honest with themselves. I’m still stuck on this fat and drunk lesbian question. I can’t get over this. I mean, are they drunk because they’re fat or are they fat because they’re drunks? It’s the National Institutes for Health doing the study. It isn’t me. I’m just reporting what’s going on. Patricia, thanks.