Obamaville: A Nation of Part-Timers

RUSH: Everybody is ecstatic with the jobs numbers today. Unemployment down to seven and a half percent, 165,000 new jobs. Well, it’s nothing, but in comparison to what it has been —

It doesn’t matter, Snerdley. The media’s all atwitter about it. That means the low-information voters are gonna hear that. The real number, nine and a half million fewer jobs since Obama was immaculated. That’s how many people are not working, that’s how many jobs we’ve lost, nine and a half million in four and a half years. The sequester. The sequester is what I’m crediting it to. (laughing) If they’re gonna talk about how great this news is, then I’m gonna credit the sequester for it. He-he-he. Budget cuts, just to tweak ’em, you know, just to tick ’em off, budget cuts led to massive new job gains! That could be our theme here today. Make ’em prove it isn’t the case. Budget cuts, government getting smaller. Ahem. We know it didn’t, but this is just how we tweak ’em. 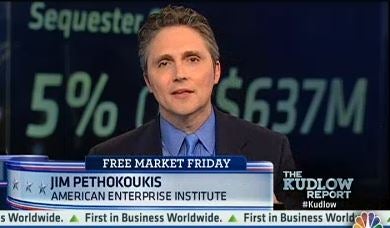 Budget cuts. Look what happens when you cut the budget. People start hiring left and right. That’s how, if we wanted to play the game the way they do, that’s what I could say. I thought about doing that. But the truth of the matter is that, folks, our buddy Jim Pethokoukis over at AEI: “US job growth in April beat economist expectations as nonfarm payrolls rose 165,000, and the jobless rate fell to a four-year low of 7.5%. But the report contained worrisome signs that President Obama’s health care reform law is hurting full-time, high-wage employment.”

There’s no question that the economy is not creating careers. The economy is creating part-time jobs. Now, Pethokoukis says the American economy added — by the way, I sit here and I go through all this. I’ll give you the truth, but the low-information crowd isn’t gonna hear this. The low-information crowd is hearing that the economy’s going great guns, that unemployment’s down to seven and a half percent, all these new jobs are created. And in terms of it being an electoral factor for Obama, it’s not. Obama’s still got big, big trouble out there, and he knows it. But that’s another subject.

“These individuals were working part time because their hours had been cut back or because they were unable to find a full-time job.” At the same time, the U-6 unemployment rate — which is the number people out of work and the number of people who have given up and are no longer counted in the U-3 number — that number went up. It’s 13.9%.

The U-6 unemployment rate, which includes discouraged workers and part-timers who want full-time work, went from 13.8 to 13.9%.

And there’s more. There was a two-tenths of an hour decline in the length of the average workweek. I mean, this stuff gets detailed and filled with minutia. But the nut of it here is that it’s a part-time economy, and the number of involuntary part-time workers is skyrocketing. Now, remember, the economy added 293,000 jobs last month. The number of people employed part time increased by about the same: 278,000. So we’re not adding careers, is how I look at it.

We’re adding part-time people whose hours are being reduced because of Obamacare. There are anecdotal reports like this one from the Los Angeles Times: “Consider the city of Long Beach. It is limiting most of its 1,600 part-time employees to fewer than 27 hours a week, on average. City officials say that without cutting payroll hours, new health benefits would cost up to $2 million more next year…” So the City of Long Beach, in order to save $2 million that it does not have, has reduced the workweek for 1600 people that work for the city down to 27 hours.

Those people, by the way, are included in the “positive” unemployment numbers today. Those 293,000 jobs created and everybody is going, “Yay! Right on, dude!” are made up largely of people like that. Let’s see. Even with the unemployment rate at 7.5%, it is way above where the Obama White House predicted it would be if Congress passed the stimulus in 2009. This is important to remember. We passed the Porkulus bill, which is one of the first things Obama did in 2009.

Remember, the knock-off vice president was running around predicting 600,000 and 800,000 new jobs a month? The Obama team said that the unemployment rate would be something like 5% by now if we passed the stimulus. It’s at 7.5%. But that’s a misleading number, too. I’m not trying to throw cold water on anything. I mean, a lot of people want to look at this and feel good about it, and if you do, fine. I’m just pointing out here that the majority of people that make up this great job report are part-time employees, people that are working under 30 hours a week.

For the last three years of the Bush administration’s second term, every day the media was pummeling us with the fact that we were in an economic slowdown approaching a recession; things were going horribly. It was all part of setting up the 2008 campaign for the Democrats, whoever the nominee was. But the highest unemployment number for Bush was 7.3%. Today we’re at 7.5% and everybody wants to throw a party. For most of Bush’s terms, for at least six years…

It really was a self-fulfilling prophecy. They just harped on a rotten economy for so long, they eventually made people believe it. I’ll never forget, I had a guy call here and he said, “Yeah, I’m doing great, doing great. But I watch the news, and I’m hearing how bad it is, and I’m worried how my neighbors are doing. I’m doing great, Rush.” That was the case all over the country. People were doing fine economically, but they were seeing and hearing on the news every day how bad it was.

They felt guilty, and it was all lies. 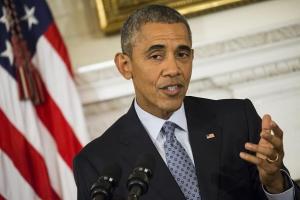 Now, this unemployment news today, I’ll tell you why it’s being hailed as fantastic by the media. Because the media is in full-panic mode, and we’ve documented that all week. The media’s in full-panic mode because their hero, “Barack Hussein Obama! Mmm! Mmm! Mmm!” gave a disastrous performance in his press conference. His sequester bluff fooled nobody. His creation of part-time jobs and the loss of health insurance by all those people being moved down (involuntary part-timers), and all the people losing their health insurance is being felt.

Benghazi is blowing up. His approval numbers are tanking (at least in Rasmussen) and we’ve got infanticide in the news. Obama is out now saying he personally… This is the Limbaugh Theorem on this. Obama is saying that he personally has no problem with a 15-year-old girl being able to walk into a drugstore and get a morning-after birth control pill but it’s not his decision. (impression) I have no problem with it. I really don’t. But I have nothing to do with it.” Limbaugh Theorem.

CALLER: I’d like to talk about what you were talking about earlier, how Obama affects the 40-hour workweek.

CALLER: I was just wondering how much of the supposed job growth is actually from the workers who’ve lost their hours looking for additional employment and if anybody’s looked into that.

RUSH: Well, I don’t know specifically how the numbers in that play out. What I can tell you is that 273,000 jobs are part-time jobs, under 27 hours a week. Now, whether they are people working second jobs, I don’t know, but they are people — many of them are people — who have been cut from full 40-hour weeks or even 35-hour week weeks. The point is that the majority of the new jobs created are not career-oriented jobs. They’re not full-time jobs.

They are the result of employers either paring down or only hiring part-timers so that they limit their exposure to Obamacare. That really is all you have to know about this, but you also have to know this: The Drive-Bys are desperate, particularly this week, for any positive Obama news. So all you’re gonna hear is whatever the new job number is. It’s “US Job Growth Beat Economic Expectations, Payrolls Rose 165,000, Jobless Rate 7.5%”

The 165,000 is what you’re gonna hear because they were expecting 140,000. But really what you’re gonna hear is the unemployment rate dropped to 7.5%. That’s all you’re going to hear. You’re not gonna hear any details about part-time versus full-time people being let go, because the media this week is desperate for positive Obama news. Here’s Tom in St. Louis. Tom, hi. Great to have you on EIB Network. Hello.

CALLER: Two quickies. Help me understand economics. First they said a $500 billion stimulus was gonna create employment and increase gross national product, and it didn’t. But if we take $85 billion out of government, it’s going to be a disaster. And secondly, if we took payroll taxes back to people for the last year, sales would go up and consumer spending would go up, but it didn’t. And since then, consumer spending has gone up and consumer confidence has gone up. Help me!

RUSH: Okay, I’m trying to follow you here. First off, it was $900 million of the stimulus. The payroll tax cut was restored. The full payroll tax was actually a tax increase. It wasn’t a tax cut. So I’ve lost you there. Run that by me again slower so I can keep up with you.

CALLER: Well, Snerdley said I had to be fast. If the payroll tax decrease was supposed to increase spending and consumer confidence —

RUSH: Okay. So you don’t understand why consumer spending is going to happen and the GDP is going up and all these things are happening, or are you making a facetious point?

CALLER: No, it’s just the inconsistency of it, Rush. All these things that were supposed to help —

RUSH: Well, but here’s my problem. None of that is real. Do we think we’re living in an expanding, growing economy all of a sudden? They can put out these numbers, but consumer confidence is up based on what? The payroll tax cut didn’t amount to anything, but when it was reinstated — when the full payroll tax was reinstated — it resulted in smaller paychecks, and we’re supposed to believe consumer confidence went up as a result of that and that GDP went up because of that? We spent $900 billion in the stimulus and it didn’t grow anything, but $85 billion’s gonna grow?

I get your point, I think.