CALLER: Well, hello, Rush. How are you doing? I am Kate from Fairfield.

CALLER: So I’m your first Kate before Kathryn came along.

RUSH: Well, welcome back. Great to have you here again.

CALLER: Well, thank you, dear. Listen, I am so angry, and I know this isn’t about Syria. I just want to say real quickly, you’re right. Obama has known what he’s doing from way back in the eighties and nineties and don’t let anybody say otherwise. But that’s not what I called about. I called because I read this morning that the Spokane police chief said that “Shorty” Delbert Belton, the 88-year-old World War II veteran who was killed, beaten to death last week.

CALLER: It was really his fault, they say. They’re blaming Shorty! They said… I’ve gotta read you this quote ’cause I’m so angry about this. “Our information is that the individual fought back and that may have made this, you know, a worse situation.” So they’re blaming the victim. Now, Trayvon Martin? Oh, no! Oh, no. But Shorty Delton? Yes, yes, he shouldn’t have fought back. It was his fault. He enraged these teens by fighting back.

RUSH: Yeah, I saw that. I saw that. I’ve seen that a lot in rape cases, you know, where the women end up getting blamed because, “They resisted. They shoulda just taken it and they’d been okay.” You know, you let that excuse be offered in a rape and you look what they call you.

CALLER: Oh-ho-ho-ho! You let that excuse be offered George Zimmerman protecting himself and find out what happens.

RUSH: She’s right, folks. There are officials — not just radical people that visit websites, officials — saying that this poor old 80-year-old veteran. What was he, 83?

CALLER: Yeah, it was his fault because he enraged the teens. One of whom had been involved with basketball, by the way, these sweet boys.

RUSH: So Shorty, if he’d had just accepted his “whoop assssss.”

CALLER: Exactly. If he’d have just handed it over, everything would have been fine. 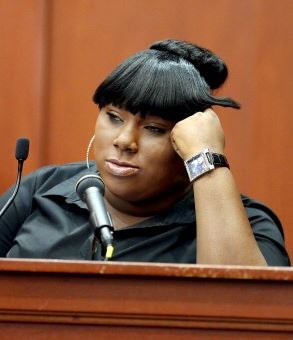 RUSH: Where does this come from, though? Where is this taught that if something bad happens, just let it go? It can never be the perp’s fault, see. There’s always gotta be an explanation.

RUSH: Are you saying that there’s a racial component to this, Kate?

CALLER: Oh, God forbid. God forgive me. Am I saying that to 20 million people? Yes, I am.

RUSH: That’s a serious charge out there, Kate.

CALLER: I’m sure Obama knows where I live. But that’s okay.

RUSH: But it’s always fun to hear from you. This is one of my first callers back in the Sacramento days in the mid-eighties.

RUSH: Okay. So we have a little bit of an update here. “Spokane police have indicated that Belton enraged the teens when he tried to fend them off, which prompted them to beat him with ‘big, heavy flashlights’ to the point where Belton was bleeding from every part of his head. ‘Our information is that the individual fought back and that may have made this, you know, a worse situation,’ Spokane Police Chief Frank Straub said on Monday.

“Other witnesses have said that Belton, who was shot in the leg at Okinawa in World War II, was waiting for a female friend outside the Eagles Ice-A-Rena so that she would not have to walk in alone…” So he was being beat up, defended himself, and that led to his death ’cause he was really asking for it. He was really asking for it by waiting to walk a female friend home — and then when he got beaten up, he defended himself, and that incited deadly use of force on the part of his attackers.

In other news, the district attorney in the Chris Lane murder case has declared that race was not a factor, so there will not be hate crime charges. Chris Lane is the Australian baseball player in Oklahoma who was shot, killed because a couple of guys said they were bored. The racist tweets didn’t mean anything. The fact that one of the perps tweeted how much he hated white people?

So I guess if you want to murder somebody, just say you were bored and, “Oh, there’s obviously no hate there! Fine. There’s no racial motivation. Fine. They were just bored. I’ll tell you, this stuff is not gonna just sit there and percolate and do nothing. There are going to be consequences to this kind of stuff. I don’t know when, what, or how, but you heard our last caller. This stuff is not just being processed, dealt with, and ignored out there.