The “Let It Collapse” Chorus Grows

RUSH: Mt. Clemens, Michigan. This is John. Welcome to the program. Hi.

CALLER: Thanks, Rush. Twice today and in previous shows you’ve mentioned some Republican strategy of waiting until this thing is implemented, letting it fail, be a boondoggle, overpriced, incompetent. And at that point Republicans can say the Democrats did it and they take the blame. Is that not one strategy? 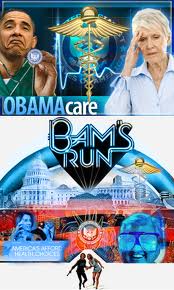 CALLER: Okay. I submit to you that if that were the criteria for a federal program falling apart, all we would have existing at the federal level is the United States military because that is by definition most federal programs: Social Security, Medicare, Medicaid, the department of education. Not only do those things not go away when they prove themselves to not work or be incompetent, if a Republican dares to try to tweak it to make it work, like George W. Bush on Social Security, Paul Ryan, not only is it deemed to be anti program, it’s deemed to be anti the people it’s supposed to serve. So if we try to tweak Social Security, what do we get called, Rush? We hate senior citizens. We try to tweak Medicaid. We hate poor people. So you put this thing in place and you don’t take it apart now, you wait until it’s in place, we have history to show what that strategy gets us.

RUSH: You’re right, but let me give some differences here. In the case of Social Security, everybody gets their check. As far as they’re concerned, it works. Whether the system’s broke, they don’t care as long as they get their money. Medicaid, ditto. Education, schools are open, kids are going, they’re being fed, it works. The difference in Obamacare is it isn’t working. You can’t sign up; it isn’t going to be easy to sign up. When you do sign up, you’re going to pay through the nose or the IRS is going to come find you. These are the things that the advocates of this philosophy believe. They believe that it’s going to be so bad at implementation that it isn’t going to have time to settle in and start working as the others are perceived to work. But look, I’m like you. This idea of sit around, let this happen, it’s no different than saying, “Rush, let’s elect Clinton in ’92 and let’s let people see how bad the Democrats are.” And Clinton got re elected. You sit back and you let this thing happen and you let them tweak it and fix it to the point that it does appear to work, then it’s over.

RUSH: So your point is well taken, because you’re right, I don’t know in a historical sense of a government program that the people demanded be taken away because it doesn’t work. Seasoned citizens and Dan Rostenkowski, that was an outlier, it was one example, but that was before it even was implemented. Seasoned citizens were told this was back in the eighties that their, I think it was Medicare, or maybe it was their Social Security, something was going to cost them additional $7 a month or something. They just had a fit and they attacked Rostenkowski’s car on the street in Illinois with him in it. And then they went back and they cancelled the program.

But I don’t think in terms of a major, major entitlement, maybe prohibition. Maybe prohibition. But again, that was denying people something. That wasn’t giving them something or even appearing to. I don’t know of an entitlement program that the American people have demanded be taken away from them. Oh, I know who it was. Cookie gave me a sound bite of Ted O’Baxter advocating this on his TV show last night, that’s who it was, that it’s going to implode. You know, focus on something else because it’s going to implode and it isn’t going to work. And you don’t need to do anything. Anyway, John, I appreciate the call. Plano, Texas, this is Bruce outside Dallas. Great to have you on the program, sir. Hello.

CALLER: Hey, Rush. Great to be on. Glad I got through.

CALLER: I’ll get straight to the point. What is it that makes people gravitate towards liberalism or conservatism? We both know that there are smart stupid people on both sides, but I guess to be more precise, why would an intelligent person buy into liberalism and all its stupidity? I think it has to do with motivation. That conservatives, we’re motivated, we’re truth lovers. We have a burning desire to know what is truth, what is actually happening in the world, how things really are. With liberals I think they’re motivated by a deep emotional investment in seeing the world the way they do. It has to be this way and to them that means more than the desire to know the truth. The truth is an obstacle.

RUSH: Let’s look at it in your terms because I think you’re onto something here a little bit. Basically you’re saying conservatives deal with reality. Truth is reality, it’s what we deal with every day. That’s our world. Liberals see an imperfect world. They see an unfair world. They see an unjust and immoral world, and they think it can be perfected by them because they are better people. I have often said that liberalism is the most gutless, easy choice you can make because all you have to do is look at suffering and say how much you hate it. You don’t even have to fix it. You just get to say, “Oh, that’s so horrible” and you automatically are said to care. And caring, see, conservatives don’t care, precisely because they’re rooted in reality. And if you’re rooted in reality, you see all the horrors out there. But you don’t care because they don’t move you.

But liberals, everything is imperfect, it’s unjust, and there’s so many psychological explanations for this. They’re looking to make themselves think they’re better people or look like better people, or in many cases there’s a different reason for every person. Some, they just want to be close to power. For example, I always ask myself, how does a smart, as you say, brilliant CEO of a modern entrepreneurial company sign on with a bunch of statists?

And there’s an answer. The answer is: As long as they get close to the statist, they’re close to power, and maybe the statists will leave them alone or grant them favors from the state. Most favored nation status or what have you. But it’s about power, it’s about status, and it’s about being near it, and the implicit promise that the statist will leave you alone if you happen to be on his side. Then the other factors come into play.

“Well, as a liberal, that means I care about people. I have compassion! I’m for gay marriage. I’m for equal rights, and I want to save the planet, and I want to protect the stupid whales and seals — not “stupid,” the smart whales and seals — and the dolphins. And you other people, you don’t care!” Liberalism does not involve thinking so much. Conservatism does. I’ve always thought it’s an intellectual pursuit, even though people live their lives that way.

My dad had a good way of explaining it. He said, “Son, it’s always amazed me here in the neighborhood. There isn’t one person here in our neighborhood, son, that will go knocking on doors and ask for money for whatever reason. Kid needs it. The kid needs to go to school. Somebody needs to go to the doctor. There’s not one neighbor in our neighborhood who’ll come knocking on our door or anybody else’s and come asking for money, but they will vote for people who will do it for them,” and it’s true.

The point is that most people actually do live their lives as conservatives. And, of course, liberalism has that really added benefit that all of this compassion and magic always happens with somebody else’s money.