Rush Revere Goes to the Bookstore

RUSH: Folks, I’m gonna be posting some pictures later at RushLimbaugh.com. I snuck into a bookstore yesterday. Yes, I snuck into a bookstore. I wanted to watch copies of the book just rolling off the shelves. So I put on some shades and Kathryn and I went in there. I snuck some pictures. You’re not supposed to take pictures in there, in any of these stores, so I snuck in there with the shades. I got spotted two or three times. People were good, they left us alone.

So I walked in there and picked up a copy, Rush Revere and the Brave Pilgrims, and I start thumbing through it with the shades on, took the pictures, went and found the audio section, took some pictures. I don’t know how many I’m gonna post, but I’m gonna post some. What are you frowning about? Snerdley says, “I can’t believe you went into a store that people go into.” I did, and it was crowded. It was crowded. What’s noteworthy is I did this on an NFL Sunday. Normally, my butt is parked in front of my big screen on Sundays. But I looked at the early games and they weren’t any big deal. The Steelers were playing a 4:30 game and I know it’s gonna be a blowout and they’re gonna lose, so I said, “What the heck.”

So we went up to this place and went into a store and then after that we actually went into a restaurant that other people go into and had lunch. Can you believe that? We did it with the shades on, sat at the bar. It was cool. (interruption) Was it what? Yeah, yeah, yeah, other side of the bridge. It was up in, as women say it, Palm Beach Gar. Men say it, Palm Beach Gardens. But women, Palm Beach Gard. So I was at Palm Beach Gardens. It was fun. I got the pictures and then this morning I got a snarky e-mail: “Hey, Rush, hey, Rush, I see your book is number two on Amazon now.” I wrote back to the guy, and said, “These are daily things, the Amazon daily. We’ve been number one for months on the Amazon list. Okay, so we’re number two now. New books that come out, those are a daily tabulation. 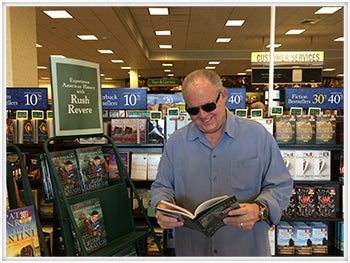 Do you want know something that I just found out? Rush Revere and the Brave Pilgrims on Amazon is the number 15 biggest selling book of the year, after only one week, not even a week. Well, today is the seventh day, so I guess it will be a week tomorrow. After one week! Rush Revere and the Brave Pilgrims is number 15 all-time best-sellers of the year in one week. And it’s a kids book.

I also found out, folks, that this book, because it’s a kids book and because of Harry Potter, will not show up on the main New York Times best-seller list. When the Harry Potter books came out they dominated it for weeks and weeks. They were deemed to be children’s books, and so there’s been a policy change. At the New York Times there’s something called a mid-level grouping, and that’s where our book will appear. But don’t sweat it, ’cause this book is outselling anything else out there in droves. It just won’t show up in the New York Times list. 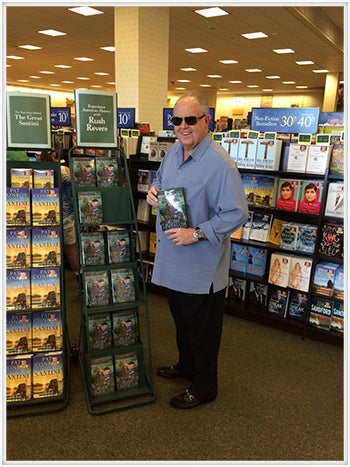 We got other ways to demo it. And I told this little snarky liberal that sends me this note celebrating number two on Amazon, “You just wait, it will be back. It’ll be back on top of the list. Just be patient.”

We continue to get, folks, some of the cutest e-mail to Rush Revere and Liberty, the talking horse, at our TwoIfByTea.com website. So it’s really just a wholesome, good feeling exercise and project. And again, I don’t know how to say thank you other than to say thank you. You know, everybody, I gotta tell you one other thing and then I’m gonna drop it. I can’t tell you the pressure, folks, you don’t know, you just don’t know. The pressure I am under now to go to a school and do a reading from the book for the little kids. Oh, the pressure I am under to do this. You would not believe. (interruption) Well, I don’t know that I am gonna do it. I’m just telling you.

You know, let me tell you something. I never get to complain to anybody about anything. Do you understand that? That’s all I’m doing here, I’m just complaining. I never get to do that ’cause when I complain, people say, “What do you have to complain about?” And nobody cares. I’m just telling you, there’s a lot of pressure here. (interruption) I don’t know what school. I don’t know that there’s gonna be a school reading. We were thinking about having little kids write and say why to go to their school and so forth. We’re still formulating. I know it sounds like a great idea, I don’t know when, I don’t know if. Just pressure mounts. Pressure mounts. I don’t know. 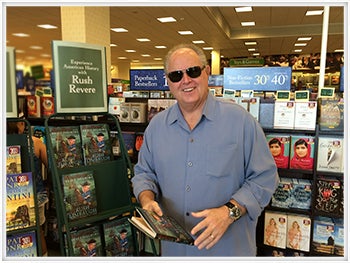 I don’t know if it will be a special assembly. I don’t know if it’s gonna be over homeroom PA. I don’t know. That’s the point. I’m just being tugged and stretched in every which direction. (interruption) They can ask for an iPad all they want. You mean the kids? Oh, no, no, no. Not these kids. They would know better than that.

RUSH: At the beginning of the program, folks, I mentioned that I’m under great pressure to go to schools and so forth and read from the book, and there’s nothing officially set up on this, folks. I’m just telling you what it’s like to be me. I went to the store posing for pictures behind the dark glasses. I’m talking about people who were thinking, “You know, you ought to go read to the kids and so forth,” and I just mentioned it off the top of my head. 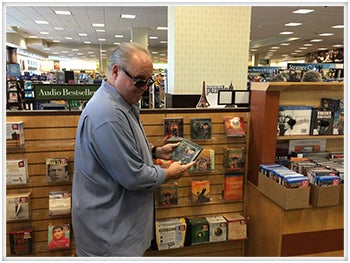 I’m just sharing with you people the pressure I am constantly under here.

Anyway, I thought I’d better straighten this out because I didn’t want anybody to get the impression that there’s already something set up that you can sign up for to register your school or your class. Nothing. We might not do it and we might… Who knows? Time will tell. So… (interruption) Yeah, yeah. It would also be cool if I showed up with a tricorne hat and a Colonial outfit. It would be. Yeah, it’d be cool if I showed up in a lot of ways, Snerdley. He’s planning the thing already here. “It’d be cool if you showed up on a horse!”

Yeah, a horse that talks, too. Go get one of those. That’d be even better.