RUSH: This is Patrick in Norman, Oklahoma. Hi, Patrick. Great to have you with us, sir.

RUSH: “Slightly dejected” what did you say?

CALLER: I wanted to talk about the president’s apology last night. He seems to have this pattern where he basically says, “I was crossing my fingers when I said that, so don’t worry about when I said that. I didn’t really mean that.”

RUSH: Well, no, no, no. Actually, he meant to lie. He meant for people to believe that their policies and doctors wouldn’t change, and their premiums would get cheaper. He meant that.

CALLER: I agree with you.

RUSH: What’s happened now is that people are learning that they’re being canceled. They don’t get to keep any of that. I’m convinced that the focus group data is so bad that they had to arrange this phony apology appearance on NBC last night.

CALLER: I agree, but what his apology was, “Yes I said that, but you can’t told me to that. I didn’t really mean it anyway.”

RUSH: Well, technically what he said was that he was sorry for the way you feel. He’s sorry you feel the way you feel. He’s sorry that you heard him say what he said. But he’s not sorry about this in any way, shape, manner, or form. But nobody’s gonna… Well, I take that back. I was gonna say, “Nobody’s gonna call him on it,” but grab sound bite number 10. Candy Crowley last night was on Anderson Cooper. He said, “An apology for the first time for the president for anything related to Obamacare, and for the first time we’ve heard one about something other than the website. What did you make of it, Candy?”

CROWLEY: Well, I wonder how this will, as they say, “play in Peoria,” simply because this may be too little, too late. It’s the other part of his statement, I think, that will eventually get all the attention. … I grew up in the Midwest. My father had this saying. When you went and said, “Oh, I’m sorry. I didn’t do this because…” He’d say, “Sorry don’t get the hay in,” meaning — for East Coast translation — an apology doesn’t correct the problem. I think we are at that point where the president has to do something, and he, having signaled that in this interview, is gonna have to accept some changes to something he didn’t want to change.

RUSH: Yeah, well, let me tell you something about that, folks. She’s got a point here. Too little, too late. But nothing’s changed after the apology, and that’s true. Now, what do you think of this? Because of this, there is now heightened talk of delaying the individual mandate for a year. Now, there was a time not long ago where that would have been advantageous. But now, now when Obama and the whole thing are on the ropes, it would be a gross error to delay the individual mandate. The Republican Party said, “Don’t do anything, Ted! Leave it alone. It’s gonna implode.”

All right, fine. Do not let them delay this mandate. Do not go along with that. You make everybody live with this debacle. If that was gonna be the Republican plan, “Hey, it can’t work! It can’t succeed. It’s gonna implode,” then do not delay that mandate, ’cause all you’re doing by delaying the mandate is eliminating all of this pain, which is going to help the Democrats in the 2014 midterms, right? So you watch. If the Republicans go along with delaying the mandate, they’re making a big mistake here, folks.
BREAK TRANSCRIPT

RUSH: I just got a note from a friend who’s been listening to the discussion today about the Obama apology. Candy Crowley said it didn’t go far enough; it didn’t change anything. My friends says, “Rush, you know what’s driving me nuts about this is? He never even admitted he lied. In fact, President Obama emphasized that he meant what he said when he said it. I mean, a person cannot apologize for lying without first admitting that he actually told a lie.

“You never get to the business about whether somebody’s sorry or not until they tell you they’ve done it in the first place, and he never admitted lying.” That’s exactly right. Obama was not apologizing for what he did. He was apologizing for making you feel the way you felt when you discovered that he lied. He’s sorry that you felt betrayed, “but deal with it,” and, in fact, you think you’re feeling bad? He got screwed by a website. That’s the real takeaway.

Well, Americans have been burned too, but he says, “I’ve been burned by a website.” We’re dealing with a megalomaniac here, but he didn’t apologize, didn’t admit that he lied. I’m telling you, the only way Obamacare can happen is if everybody loses their plans. It must happen that way. It can’t be reform if everybody gets to keep their plan because they like it. Why reform anything?

You have to lose your plan. You have to lose your doctor. It has to become more expensive! Otherwise, there is no Obamacare. It’s the status quo. (interruption) What do you mean, “What happens?” (interruption) Okay, Snerdley just said, “What happens when they don’t meet the financial targets?” What financial target have they met? First there was the Porkulus bill and it was gonna cause all this growth, and that didn’t happen.

What financial targets have they met? This bill was gonna cost less than $1 trillion to begin with, and, yeah, they need all these healthy young people paying in to fund the health care for the seasoned citizens and the sick, and what happens when that doesn’t happen? (interruption) Okay, okay. Snerdley was asking me a question. “So when they don’t hit their targets for money donated, contributed, paid for by healthy people buying policies, which covers the health care costs of the sick and the seasoned, what happens then?”

What do you mean, “What happens then?” Their guy is pumping $85 billion a month into the stock market, QE whatever it is now, 3 or 4. I guess you could say it would implode if there’s no money to finance it, but there isn’t… Snerdley, we’ve spent $17 trillion that we don’t have and we’re still operating. We have $85 trillion in unfunded pension liabilities nationwide, federal and private sector, that there isn’t the money for — and we just keep chugging along.

The financial targets were never gonna be hit. This was never going to work. This cannot work. The only way this could work is if they… I shouldn’t say “never.” But where this is headed, if they’re really concerned about meeting the financial targets, where this is headed is them going into your bank account and getting your money. That’s whether they’ve got a functioning website or not.

Where this is headed is, them taking money from your tax return and not giving you a refund or sending you a bill or what have you, or putting a lien on your house. I don’t know. But it was never gonna work. Social Security doesn’t work, in terms of financial targets. The War on Poverty doesn’t work. There’s not one government program that works in a financial sense. Every government program is in the red to the point that you can’t see the color anymore, it’s so deep.

This wasn’t never gonna work. I mean, people that don’t understand economics designed this. It was never going to work. You know what I can’t believe? Here we’ve got this massive plan, and it’s national health care, right, and it’s supposed to cover everybody. It’s gonna cover the uninsured, it’s gonna cover the sick, it’s gonna the cover the elderly. It’s just gonna everybody, right? That’s the deal, right? It was finally gonna be fair. Everybody was gonna get coverage.

Then I hear, “We need a minimum seven million people to sign up to make it work.”

I said, “Wait a minute. How in the world does seven million signing up make it work in a nation of 300 million? It can’t possibly work.”

“Well, Rush, you don’t understand. We need a million seven million people signing up through the exchanges and paying the premiums and policy prices and that will cover the uninsured.”

“How? We got 300 million people here, and it’s for everybody. That was the big selling point!

I mean, none of it works. The numbers don’t work. The math doesn’t work no matter how they do it. There isn’t the money to pay for this, is your answer. “What happens when they don’t meet their cost targets?” Name one target they have met, ever! 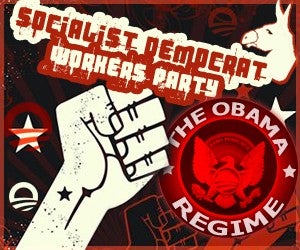 RUSH: Now, Snerdley, you wanted to know about the money. I mean, let me be serious about it. How does this always work? See, the Democrats propose a plan, a program, and it passes, and they implement it and it always runs out of money, because it’s impossible to fully fund any program they come up with. It’s simply not possible. There isn’t the money to pay for their policies. There never has been, folks. Socialism doesn’t work. Communism doesn’t work. You run out of other people’s money. So what happens if the so-called cost targets are not met here? It’s very simple.

That’s the pattern, that’s the formula, that’s how it works. There’s never the money to pay for socialism. There is never the money to pay for Democrat programs. And when they need more, they just propose it; the Republicans oppose it; and then the Republicans are accused of having no hearts and no compassion and of hating people. It’s pretty much what’s gonna happen.